7 Tips to Prepare for a Trip to Mexico

It would be fair to say that Mexico is pretty widely misunderstood. If you were to go by what’s reported in the press, you’d probably be put off from visiting immediately. But seeing as you’re preparing for a trip to Mexico, you’re probably beyond all that already.

In truth, Mexico is one of the most fascinating, diverse, and beautiful countries on the planet. And we’d challenge anyone to tell us otherwise.

Whether you’re on the lookout for a relaxing beach holiday or an adventurous backpacking trip, you’ll find it in Mexico.

You can’t help but fall in love with the mouth watering food, the captivating culture, and the thrilling history. Plus you’ll be welcomed warmly by the friendly people.

Essential Tips on How to Prepare for a Trip to Mexico

We spent over 7 months traveling around this stunning country. So we learnt a thing or two about preparing for a trip to Mexico. Here’s what you need to know.

Think About the Type of Trip That’s Right for You

One of the best things about Mexico as a travel destination is that it caters to virtually every kind of experience you could possibly want.

Fancy a relaxing all inclusive vacay in a beautiful beachside hotel? It’s got you covered with numerous coasts boasting white sands and 5 star hotels.

Into exploring incredible ancient historical sites? There are more archeological marvels than you can shake a stick at, from mind blowing pyramids to Mayan temples.

Or perhaps you’re more of an outdoors lover? Mexico has some surprisingly little known natural wonders that will have you gasping in awe.

Alternatively, if you just can’t decide on one of the above then go for a mix of them all. You’re never far away from a significant historical site and nature is everywhere to be discovered.

Something that many people don’t realise about Mexico is just how vast it is in size. In total it covers a whopping 761,606 miles² making it the 14th largest in the world by land mass.

To put that in context, Mexico is over 8 times the size of my home country the U.K. Flying by plane from one corner in the north to the furthest opposite in the south takes almost 9 hours.

Because of this, it’s important to plan where you want to go prior to your arrival. For example, if you’re heading to Cancun but fancy seeing the Pyramids of Teotihuacan as well, be aware this is not a feasible day trip.

Incredibly there are 68 languages recognised by the Mexican government, with many more hundreds of indigenous ones having died out. However, the most widely spoken language here is Spanish.

Particularly in the more touristed areas, you’ll find that the majority of people speak perfect English. However, it’s always good to learn at least the basics of the language for any country you visit. 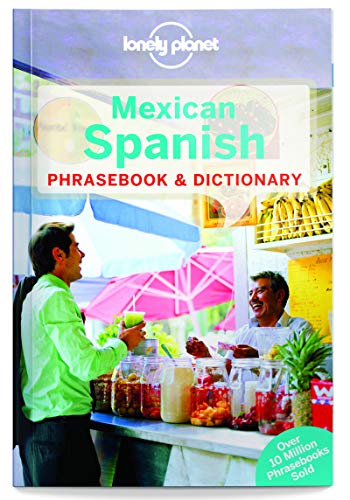 Greetings like hello, and goodbye are always useful. Be polite by learning your please and thank yous. And if you’re feeling a little adventurous then learn how to ask for a table and order some food at a restaurant.

A little effort often goes a long way and you may be surprised at how appreciative people are for the effort. A simple Mexican Spanish phrasebook like this will undoubtedly come in handy.

If you already speak some Spanish, we recommend this Travel Spanish Confidence course we took recently. It enabled us move beyond a basic level to being able to communicate effectively in Spanish.

It’s generally not advisable to drink the tap water in most destinations in Mexico. But buying bottled water is both costly and ultimately adding to the rapidly growing plastic problem. 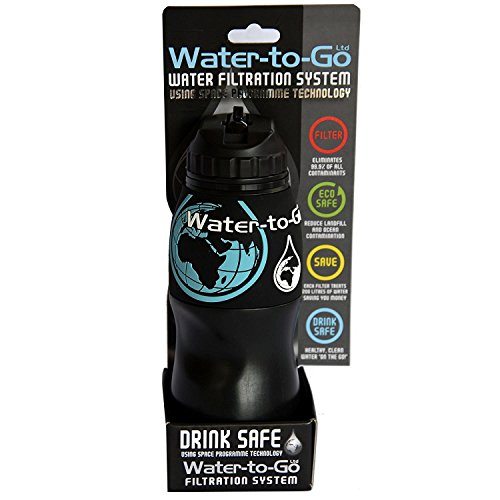 Our advice would be simply to purchase a water filter bottle. After lots of research we opted for this Water-to-Go one. It filters out 99.9% of the bad stuff and you can fill it up from virtually any source.

Throughout the entire time we were in Mexico we never had any issues whatsoever. We now take them everywhere we go in the world, confident in the knowledge we’re drinking perfectly safe water.

Check for Public Holidays and Celebrations

Mexico has a number of unique annual celebrations that you may not be aware of or know when they occur. If you’re not an expert on Mexican national festivities then it’s best to do a quick check before you visit.

Celebrations like Revolution Day, Mexican Independence Day, and Cinco de Mayo are all big deals. And while they are great times to visit, they could also have an impact on your holiday if you don’t plan around them.

First of all, prices for accommodation tend to shoot up around popular holidays or celebratory occasions. We made the mistake of not booking accommodation in Oaxaca for Day of the Dead far enough in advance. The result was we ended up paying through the nose for pretty poor digs.

These kinds of celebrations can also affect everything from transport routes to restaurant prices. A quick look at the Mexican holiday calendar will give you an idea of whether there’s anything to be aware of.

Mexico gets a pretty bad rap in the press, with sensationalist headlines published on a near daily basis. However, while there are undoubtedly some areas you’ll want to steer clear of, the majority of the country is perfectly safe.

This especially goes for the more popular tourist destinations like Cancun, Baja California, and Puerto Vallarta. If you’re heading to Mexico on a package vacation or going to a well visited spot then you have no reason for concern.

I don’t want to just gloss over the fact that there are high levels of violence and crime in Mexico. However, the overwhelming majority of that never touches regular travellers so it’s almost certain that you’ll be unaffected.

As with anywhere though, it pays to keep your wits about you and take the standard precautions you would abroad.

Keep your bags and valuables in your sight and preferably attached to your body at all times. Don’t get so drunk you’re not in control of your actions. Don’t carry huge wads of cash around with you. You know the deal.

Many people are under the impression that Mexico is blazing-hot all year round. If you’re nodding along saying “that’s what I thought” then you may be in for a nasty surprise.

As already mentioned, the country is huge. Because of this it has numerous climate systems and the weather differs depending on where you visit.

Some states like Chiapas tend to be pretty cool, and often wet, for much of the year. Others fluctuate in the extreme with high summer temperatures and regular snowfall come winter, like Chihuahua.

That said, most of the more popular tourist destinations tend to have plenty of sun for much of the year. These include places like Cabo, Playa del Carmen and Yelapa which are all beach destinations. However, even they still have seasonal changes which could catch you off guard if you’re not prepared.

Check what the weather’s like in the destination you’re heading to at the time of year you’re planning to go. This way you can alter the dates if needs be. Or at least you won’t have any shocks if you arrive and it’s not blue skies and sunshine 24/7.

No matter where you go in the world, don’t set off without travel insurance. Whether it’s a two week all inclusive holiday or a two month backpacking trip, this isn’t something to mess around with. We’d recommend World Nomads, get yourself a quick, no obligation quote below:

If you have any questions that we haven’t answered about preparing for your trip to Mexico, drop a comment below and we’ll do our best to help.

25 Best Things To Do In Guadalajara Mexico 2021

A relaxed city with a unique cultural identity, here’s all the best things to do in Guadalajara Mexico and why it should be on your travel itinerary.

Xochimilco Mexico City: How to Get There and What to Do

Find out how to get to Xochimilco Mexico City independently, the best Xochimilco tour & how to make the most of your day out with helpful Xochimilco tips.

The Best Things to Do in Sayulita Mexico

Discover all of the best things to do in Sayulita, from chilling out on the stunning beaches, to whale spotting on exciting boat trips to hidden beaches.

Mazunte Oaxaca is a tiny, little known, laid back hippy town on the southern part of Mexico’s Pacific Coast and it’s a true hidden gem. Check out this comprehensive guide of what to see and do in Mazunte.