If you were to ask me before we got on the plane to visit, “What is Sweden famous for?”, my answer would no doubt have started with Ikea and their global brand of sleek flat pack furniture (don’t pretend that’s not what you were thinking as well!). Then I may have mentioned ABBA and Swedish meatballs. And quite possibly Volvo might have sprung to mind. Being a soccer fan, my thoughts would then have gone to Sven Goran Eriksson and his disastrous reign as England football manager, and how could I forget a man who would definitely be at the top of his own list of what Sweden is famous for, The Zlatan?

But we’re not here to talk about what Sweden is famous for (or offend anyone by mentioning tired stereotypes, like the Swedish Chef from the Muppets.. oops). I want to share with you a few things we learnt on our first visit to this amazing country, so here are 9 interesting things you probably didn’t know about Sweden. 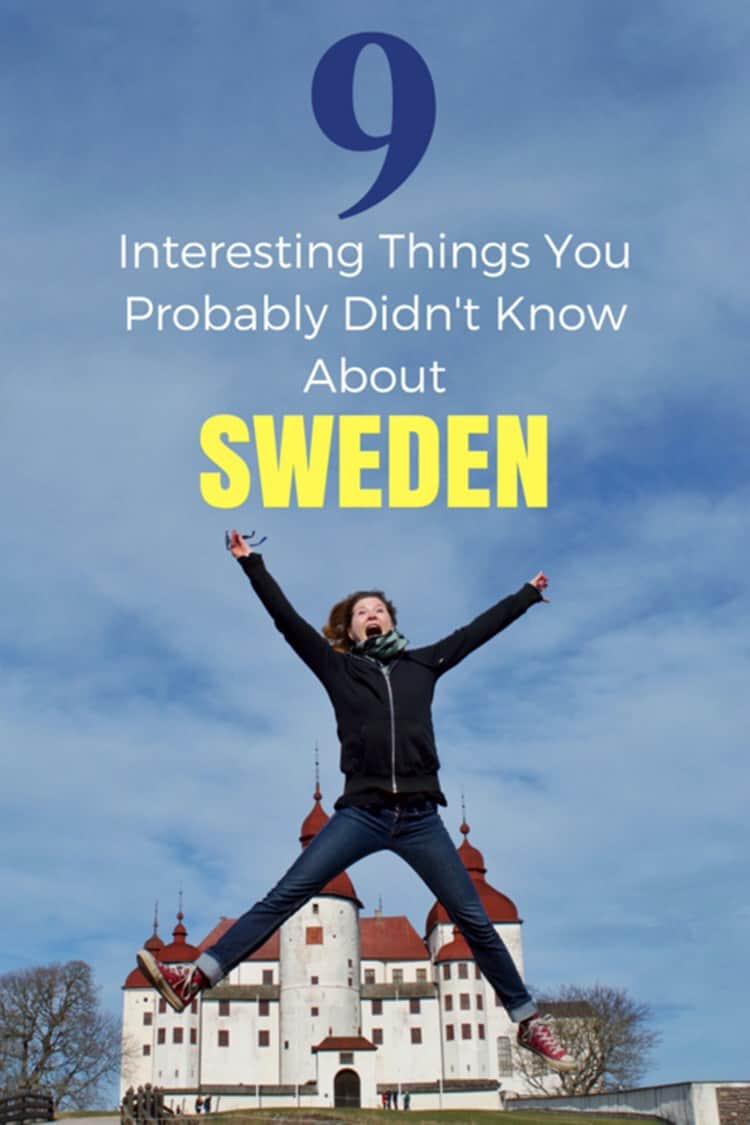 1. Swedes are Very Precise with Times

And dates and distances and temperatures and… well virtually everything! For example, if I’m describing how long it takes to get from one place to another, I’ll usually round up to the nearest 5, or give a range of “about x to x minutes”. In Sweden it’s quite normal to say an exact amount of time, so when you ask how long it takes to get to x, the answer will most likely be something like  “7 minutes” or even more perplexing, “about 7 minutes”. 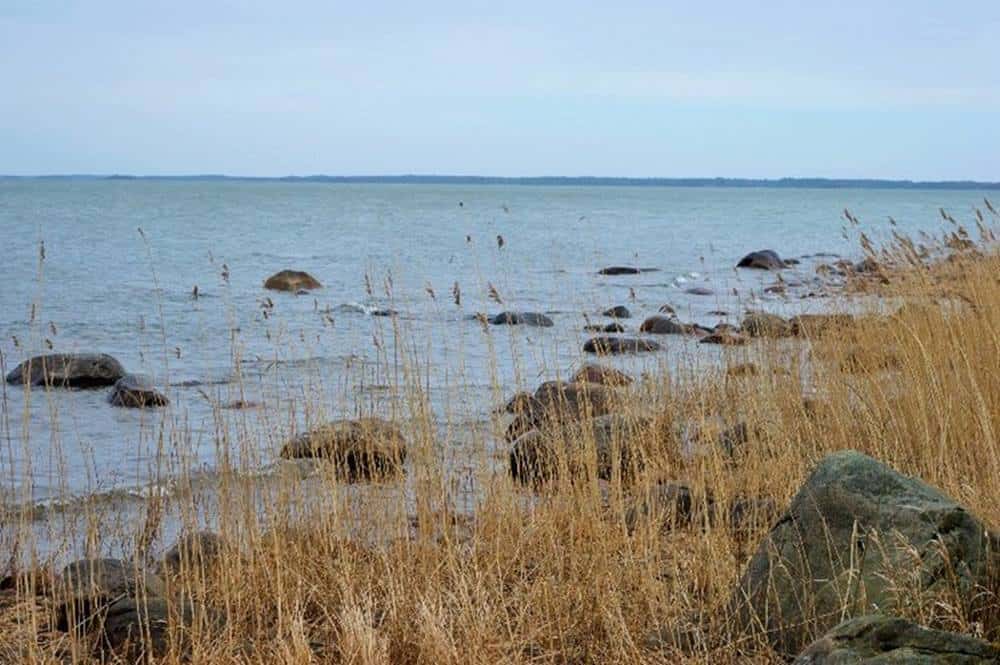 This is the same for temperatures. As an Englishman I’ll generally talk in broad terms, (probably to make myself feel better about how depressingly dreary the weather is by inflating the actual number) so 8 degrees will become 10 and 16 will be “close to 20”. Not so in Sweden. Another unusual trait I discovered is that weeks are referred to in numbers i.e. each week is assigned a number from 1-52, and if you say to someone “I’m going on holiday in week 32”, they will automatically know that it’s sometime in August, and more than likely know the exact dates it corresponds to.

Or Lördagsgodis to give it its official name. Yes, sweet Saturday is an actual thing! According to some estimations, the average family of 2 adults and 2 children consume 1.2 kilograms of sweets each and every Saturday. If you can feel cavities appearing in your molars just reading that statistic, it’s probably not as bad as it sounds.

Many families restrict their sweet consumption only to Saturday and steer clear for the rest of the week, it’s the confectionary equivalent of binge drinking. Supermarkets have whole walls of pick ‘n’ mix containers and they get overrun on a Friday night and Saturday morning. Swedish folk are very fond of some, shall we say, interesting, varieties of sweets. One we tried was a sour liquorice coated in salt. You read that right, salt.

3. Fika is a National Obsession

If you have never heard of a Fika then let me just say, you are missing out. The closest equivalent outside of Sweden would probably be a coffee break, but that would be hugely underselling it. Fika takes the concept of the coffee break to a completely new level which I’ll try my best to explain. First of all, Fika is both a noun and a verb, meaning that you don’t just have a Fika, you actively do Fika.

Usually it involves coffee or tea, accompanied by some kind of a snack which is often sweet. The Swedes make some of the best baked goods we’ve ever tasted, I’m talking mouth watering pastries, cakes and breads, it’s all serious business here. Fika is planned into the day whether you’re at work, at home, out for a walk or going shopping.

4. Sweden Has a Tiny Army

It’s so small that there’s been a lot of concern recently over whether it actually has the capability to defend its borders in the event of an attack. Despite it being abolished in 2010, the country has recently voted to reintroduce conscription from this year as a means of bolstering their defences.

The structure of the army is quite interesting, as about half of the Armed Forces’ personnel in Sweden is made up of the Home Guard, a reserve force. These are former members of the Armed Forces who undergo training each year to keep their skills up to date so they can act in the event of an invasion. Most have normal day jobs and take a couple of weeks out to complete the necessary training.

Sweden has almost 100,000 lakes, and apart from a couple of large ones in Russia, Lake Vänern is the biggest in the whole of Europe, and the largest in the E.U outright. If you didn’t know better you’d think it was an ocean – it has hundreds of beaches around its perimeter with waves lapping up to them, lots of islands dotted within it and long peninsulas that jut out into its waters.

It’s barely possible to see the other side, and from the middle you can’t see land at all. The lake is home to plenty of wildlife including many species of birds and some very large fish. We saw a sea eagle flying above the lake, a number of snakes basking in the sun around it as well as various other animals.

6. You Can Only Buy Alcohol in Special Shops

The only place where you can purchase proper alcohol in Sweden (apart from in bars and restaurants) is from one of the government run “Systembolaget” shops. I was slightly confused when we went into a supermarket and they had a section stocked with beers and ciders, but though retailers are allowed to sell alcoholic drinks, they have to be very low alcohol, specifically under 3.5%. That means no wine and no spirits.

The Systembolaget were introduced so the government could strictly regulate the purchase alcohol and they only sell to people aged over 20. There are all sorts of rules around advertisement, special offers, or anything else that might encourage excessive consumption and the shops are only open at certain times. This also means that on a Friday and Saturday these shops get extremely busy!

Just to clarify, that’s 7 years of age, not 7 in the evening. Most children do now start preschool at 6 years old, but compulsory schooling starts a year later and is for only 9 years. You may be wondering why I think this is interesting! One reason is because I started school at 4 years of age, and in England the compulsory schooling duration is 11 years, and despite this the standard of education is traditionally extremely high. The other is the amazing graduation ceremony that happens at the end of it all. It’s called studenten, the graduates wear something that looks like a sailor’s hat and a whole lot of carnage ensues. Watch this vid to get an idea…

The idea of allemansrätten, literally translated as “everyman’s right”, ensures that everyone in Sweden has certain freedoms when it comes to the great outdoors. You’re allowed to walk through any privately owned land (apart from gardens directly surrounding a property and farmland) and to pick the berries and mushrooms that grow there. 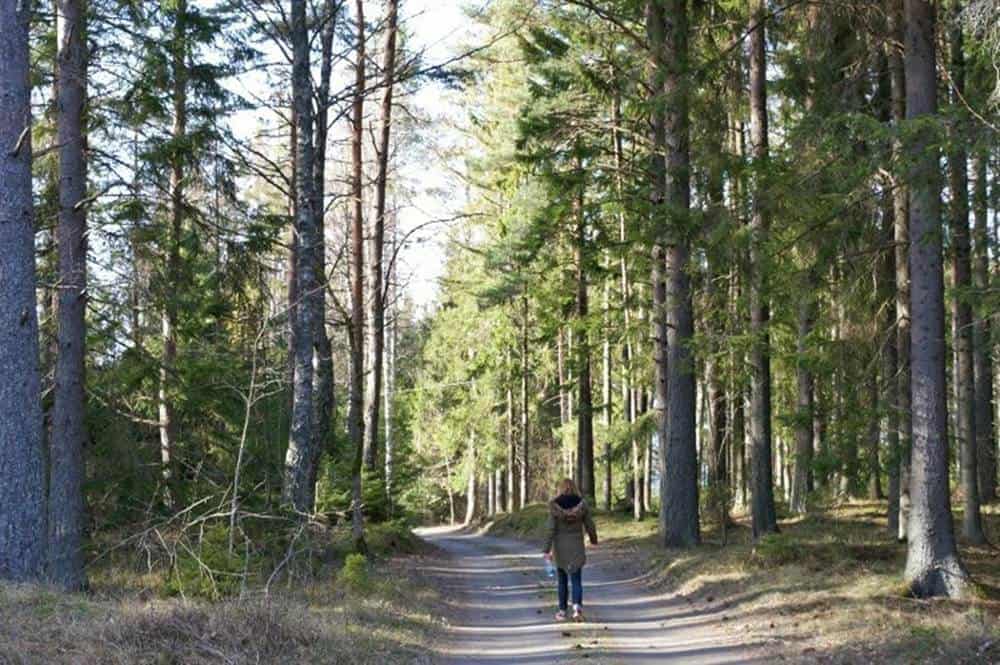 You’re also allowed to free camp for a couple of nights at a time, meaning you can pitch a tent virtually anywhere. You’re free to swim in most lakes, and there’s no such thing as a private beach. The idea is that people are allowed to go freely where they want, and the general rule of thumb is that you shouldn’t destroy or disturb anything but leave a sight how you found it.

9. The Days are Never Ending in the Summer

In parts of the north of Sweden between May and July, the sun never sets. This means the days are quite literally never ending. The rest of Sweden gets a few hours of semi darkness per night, but it’s still light for the vast majority of the day. While we were there it was daylight until late into the evening and the sun rose really early.

Even though the area of Rackeby where we were staying was very rural and had no light pollution, it was still very bright in the middle of the night so we didn’t need a torch when we ventured out in what would ordinarily be complete darkness. Conversely, it also gets very dark throughout the winter with as little as a few hours of daylight.

Which of these things surprises you the most and why? Got any of your own facts about Sweden to share? Drop us a comment below to let us know! 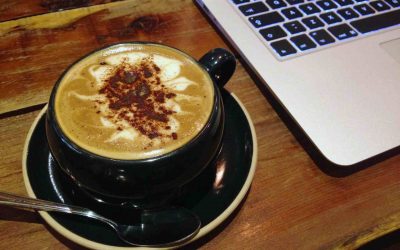 What is Fika? A Very Swedish Obsession

What is Swedish Fika? It’s difficult to say. Whatever you do, don’t call it a coffee break, it’s much, much more than that.

9 Best Things To Do In Lidköping Sweden

Seriously serene and a nature lovers paradise, here’s our top recommendations of things to do in Lidköping, Sweden. You won’t be disappointed!