Aside from it being such a surreal and beautiful sight, the other thing that makes the Pink Lake Torrevieja so special is that it is the only one in the whole of Europe, never mind Spain. The only other similar ones are in Bolivia, Senegal, Mexico and Australia.

In this blog post we’re going to give you all the info you need to visit the Pink Lake Torrevieja. Including how to get there, where to park, the best time to visit and where to spot flamingos.

Where Are The Torrevieja Salt Lakes?

Spain’s salt lakes are situated near Torrevieja on the South East coast of Costa Blanca. They are ​​part of the 3700 hectare Natural Park of Torrevieja (Parque Natural de Torrevieja).

They transformed Torrevieja from a small fishing village and are now the centre of the country’s salt industry. Having been commercially farmed for over 200 years, Torrevieja salt is exported all around the world. These days the annual production exceeds one million tonnes.

But nevertheless, it is a renewable resource. This is due to the lakes being connected to the Mediterranean sea by a network of canals and thus the water being constantly replenished.

How To Get To The Pink Lake of Torrevieja

If you’re staying in Torrevieja, the easiest way of getting to the Torrevieja salt lakes is either by bus or bike. Or if you’re just passing by as we were, it’s dead easy to visit them by car.

By Bus | From Torrevieja Bus Station on Calle del Mar jump on the Line B bus towards Torretas and get off on Calle Urano in the Torretas III neighbourhood.

By Bike | Head towards Calle Sol in the Torretas III neighbourhood and follow the road along until you see a path leading down through an opening in the fence and down to the lake.

By Car | There are free parking places all along Calle Sol and Calle Venus in the Torretas III neighbourhood. We parked in an area at the intersection of Calle Venus and Calle Luna.

We read a few reviews about vehicles being broken into while parked here but didn’t have any problems. We did however notice why people could be concerned. It’s a run down residential part of the city so definitely be vigilant about who’s around.

Where Is The Entrance To The Pink Lake, Spain?

Well the easy answer to this is that there isn’t one as such. Around the perimeter of Laguna Rosa there’s just an ugly metal fence with breaks in it every so often to allow access. You’ll know where they are as you’ll be able to see trodden paths through the grass.

The majority of the time, the Laguna Rosa Spain is described as a deep salmon or bubble gum-like colour. But it can also sometimes have an unappealing brownish tone depending on how much light there is. This is because the bacteria and algae are more active in sunlight.

Hence the best time to visit the Torrevieja Pink Lake is on a bright sunny day. Luckily that is something this part of Spain is not short of. Especially during the summer months of June to September when the sun shines for up to 10 hours per day.

If it’s really sunny you may even see the Torrevieja Pink Salt Lake give off a deeper colour of magenta, fuschia or even purple.

Why Is Spain’s Salt Lake Pink?

The reason that Laguna Rosa Spain is pink is because the water contains an unusual type of microorganism called halobacteria. And an uncommon type of algae called Dunaliella salina. Both thrive in rich saline environments and are naturally pink in colour.

Tiny creatures called saltwater brine shrimp (Artemia salina Crustaceans) then take on the pink colour by feeding on the algae and bacteria. Which in turn becomes a food source for flamingos and is what is responsible for the pinkish colour of their feathers.

If you’ve ever seen a baby flamingo you’ll know that they are not pink. They are in fact a greyish colour. The pink colouration develops later in life through their specialised diet.

Where Are The Flamingos?

In theory Torrevieja salt lakes flamingos should be knocking about from February to July. However you are most likely to spot them during their breeding season from March to May.
Rather excitingly they have just started actually breeding again here.

For the first known time in 37 years! The combination of lack of environmental noise during the pandemic plus an increase in wet weather which produced an explosion in brine shrimp produced 600 babies.

Disappointingly we visited in June we didn’t see any on the actual Torrevieja pink lake itself. But we did see plenty of them on the salt farms along the Costa Blanca just south of Santa Pola. The N-332 runs right through them so definitely keep an eye out for them there.

Why Are You Not Allowed To Swim?

On top of there being active salt farming on parts of the pink lake of Torrevieja, there is also a fragile ecosystem. The bacteria and algae that are responsible for the colour of the water are extremely rare and are easily affected by chemicals and foreign substances.

Therefore in order to maintain the delicate balance of the Torrevieja salt lakes it is strictly forbidden to swim in them. By doing so you risk introducing substances such as soaps and suncreams. Not to mention a whopping fine of up to €6000 if caught doing so. 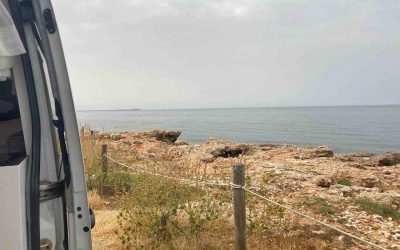 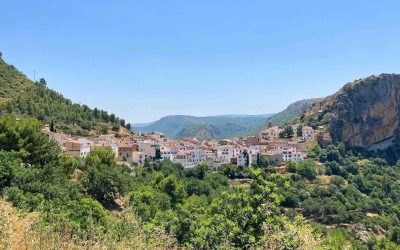 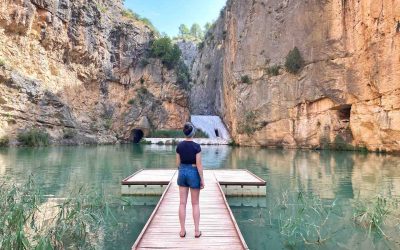 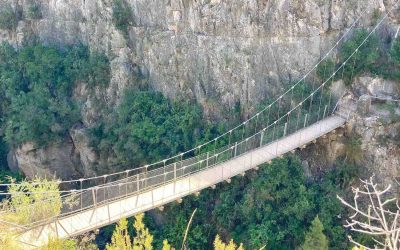