Old Belfast Pubs: The Best In The City

When visiting the capital of Northern Ireland, having a pint or few in one of the old Belfast pubs is an absolute must for your itinerary. Here’s a list of the best in the city and a little bit of history behind each building and where you can find them.

The Crown Bar as it is otherwise known is one of the most well known and unique pubs in Belfast and it’s not hard to see why. Walking down Great Victoria Street you can’t fail to spot the elaborate exterior decor of this bar. But step inside and it gets even more impressive.

Dating back to the 1820’s, it was one of the finest Victorian Gin Palaces in the British Isles. And despite undergoing a number of restorations and refurbishments over the years, it still retains its old-world charm and much of the original lavish features.

The ‘snugs’ as they are otherwise known were built to accommodate some of the more reserved Victorian period clientele. Fascinatingly they still have in place the original gun metal plates for striking matches and the antique bell system for calling bar staff.

It is a grade A listed building and is currently owned by the National Trust (who paid for the most recent £500,000 restoration) but leased to Nicholson’s Pubs. Yes it’s a bit of a tourist trap, and it’s always busy, but having a pint here is must when visiting Belfast.

This traditional Belfast pub is the oldest in the city and dates back to the 1630’s when the first Tavern licence of Belfast was granted to the building where it now stands. Situated in an old trading alley, locally caught seafood has also been sold here since as early as 1868.

In particular, local fishmonger John Walker, became known for his supply of quality oysters from the loughs of Belfast and Carlingford to the city. Hence why these days the official name is White’s Tavern & The Oyster Rooms. The seafood chowder is a real winner.

Inside you’ll find a roaring open fire, low oak beamed ceilings, exposed brick walls and some of the best Guinness around. There’s excellent live music every night of the week. And their big screen is also a great place to catch any big sporting events.

The ambiance is charming, characterful and most of all authentic. Outside you’ll find the newer venture, Whites Garden. The outdoor open plan space has a separate bar and alongside the bar’s signature menu serves up pizzas and flatbreads too.

The Duke of York

Nestled into a narrow cobbled alleyway, the first thing you’ll notice about this popular Belfast pub is the bright neon umbrellas outside. They were commissioned by Willie Jack, the owner, during the pandemic to give members of the public hope that brighter days lie ahead.

Willie has owned The Duke of York since the early 1980’s, but it was a pub for 200 years prior to this. Unfortunately it had to be rebuilt following a bomb explosion in 1972. The intended target was the nearby High Court, but the operation went wrong and the pub was flattened.

The second thing you’ll notice upon stepping inside this favourite Belfast pub is the warm reception you’ll receive. And the third is the brilliant unusual decor of the place. Adorning the walls and ceilings are thousands of Belfast memorabilia, old adverts and photographs.

As new, more modern, often rowdier, bars pop up all around this part of the city, this pub is steadfast in maintaining a ‘traditional Belfast welcome of craic, music and humour’. The deal here is ‘Come in Soberly, Drink Moderately, Depart Quietly and Call Again’.

Read Next: Where To Stay In Belfast

Dating back to 1810, this traditional Belfast pub was one of very few buildings in this area of the city that survived the Belfast Blitz of 1941. As such it’s a Victorian Grade 2 listed building and still has plenty of original fixtures and fittings such as a mahogany bar and terrazzo floor.

But tucked into an alley in a busy part of the city, there’s been premises here with a link to alcohol since as early as the 1730’s. The name is said to have been given to the building by men who worked at the nearby Old Mall coach depot as it was their first call of the day.

It’s been run by the same family since 1989 and is well known for having great pub grub. They have an in-house butcher and are really passionate about local food produce. They also have a very reasonable daytime weekly buffet on the go until 4:30pm for just £5.95 per head.

There’s no live music, the focus in this Belfast bar is the food. However they do screen quite a bit of sport. And there’s an extensive drinks menu with a decent local craft gin selection. An offshoot business of the owners is ‘Jolly Pies’, a mobile catering service serving gourmet pies.

This rather obscure looking traditional Belfast pub is hard to miss with its flat iron shape. Built in 1868 it was originally known as ‘The Shakespeare’ which reflected the theatrical clientele of that period. To this day it’s popular with those going to or from concerts and sporting events.

The inside is just as curious, with an eclectic range of historical artwork and paraphernalia adorning the small triangular lounge. If you’re a whiskey fan, this old Belfast pub is definitely one for you as it has over 100 different kinds on offer.

Owner John Bittles has been running the bar for over 30 years now. He’s a proud Belfast publican who’s worked in the industry since he was just 15. The old school pub doesn’t serve food, does not have live music and barely screens any sporting events.

The area in which Bittles Bar is located is known as ‘The Market Quarter’. It once had as many as 14, but now there’s only one. St George’s Market. Just over the road though you’ll find the new Victoria shopping centre with its impressive 360° glass dome viewing gallery.

Whilst the current watering hole opened in 2012, a pub has stood on this Belfast city street corner since the 1800’s. Previously called The Tavern and prior to that The Avenue, some older customers still refer to it as such.

It’s located what is now the Smithson and Union Quarter amidst plenty of impressive and colourful street art. Out front you’ll find a defunct security cage and a sign stating ‘no topless bathing’. Don’t be perturbed, they’re just keepsakes from the city’s 1980s social history.

Inside, this old Belfast pub isn’t anything fancy, just good beer and good music. There’s live music everyday of the week, plus a selection of local Irish craft beers, ales and ciders. Plus out back there’s the beer garden with a wood fired oven serving their famous pizzas.

It’s open everyday 12pm-12am, but pizzas are only served in the evening. There’s an upstairs room that holds regular gigs, book readings and plays. Plus every last Sunday of the month also sees this top Belfast pub host the Belfast Flea (Market).

More Awesome Things To Do In Ireland 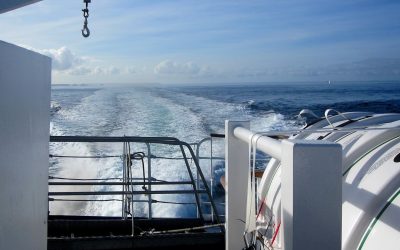 Ferry From Ireland To Spain: What You Need To Know

FAQ’s about the ferry to Spain from Ireland, including port and sailing options, cabins, onboard facilities, plus check in and boarding info. 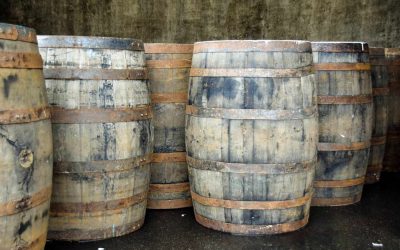 All you need to know about the Bushmills Distillery tour. Including what it involves, how to buy tickets and where to stay in Bushmills town. 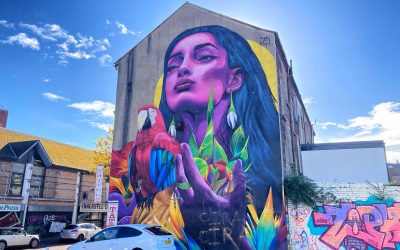 Best Area To Stay In Belfast: For Every Budget

Looking for the best area to stay in Belfast? Here’s the layout of the city plus some awesome and unique accommodation recommendations. 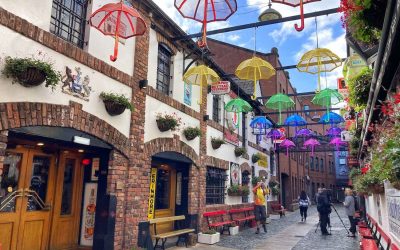 What To Do In Belfast: Must Read Guide

From the best pubs, awesome tours and lesser known tourist attractions, here’s a complete guide for what to do in Belfast, Northern Ireland.