When we added Japan to our travel plans I was unbelievably excited to be visiting the home of the high speed train, robot cafes and heated toilet seats. And quite a lot of that excitement stemmed from the fact that I was going to taste authentic Japanese food for the first time in my life.

Arriving in Fukuoka, a fantastic city in Japan’s southernmost prefecture, a quick google search told me it was the birthplace of ramen noodles and specifically the Tonkotsu variety. This was the beginning of an obsessive love affair with the creamy, pork based savoury broth topped with thin slices of chashu pork and a marinated soft boiled egg.

On our first full day in Fukuoka we made it our mission to sample Tonkotsu Ramen, so by lunchtime we found ourselves in the central area of Tenjin at the door of a highly recommended ramen bar. We hurried into the small, packed restaurant, ordered using the vending machine in the corner and then as we sat waiting for this near-mythical bowl of goodness to arrive, something strange happened. A wave of panic washed over me as I frenziedly began to question “how on earth do I actually eat ramen?!”. 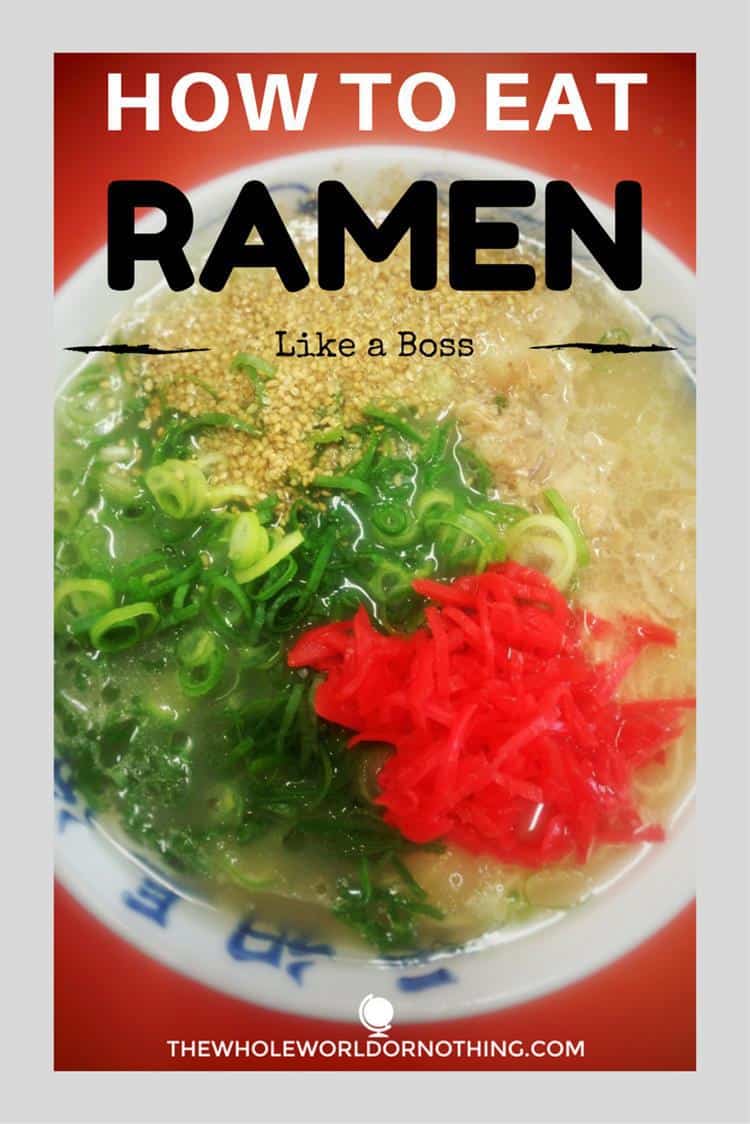 You see, I’d be pretty confident in England, struggling by with a chopstick in each hand twirling the noodles around them like spaghetti, safe in the knowledge that the people around me were equally as clueless. But everyone here seemed to be a professional ramen eater. They were hunched over their bowls with serious expressions on their faces, wielding their chopsticks with the precision of surgeon’s tools.

After 5 weeks of getting “ramen-ed up” pretty much every day in Japan, we discovered how to eat ramen like a boss. And to stop you feeling like a fool if you find yourself in the same situation, I’m going to share the tips and tricks we learned along the way.

Before tasting Japanese ramen, I’d only eaten either the 30 pence instant variety you get in the little foil packets (full disclosure: I actually lived off them for about 3 years in my early 20s so won’t hear a bad word against them) or the Wagamama ramen, which though tasty, has been heavily adapted for the Western palate. So let’s start off by taking a look at what ramen actually is.

Weirdly enough for one of Japan’s national dishes, it’s widely accepted that ramen’s origins lie in the noodle soup dishes from across the waters in China. The dish was adopted and adapted in the early 20th century and spread like wildfire throughout Japan, with each region claiming their own version. There are essentially 3 elements to Japanese ramen – broth, noodles and toppings. 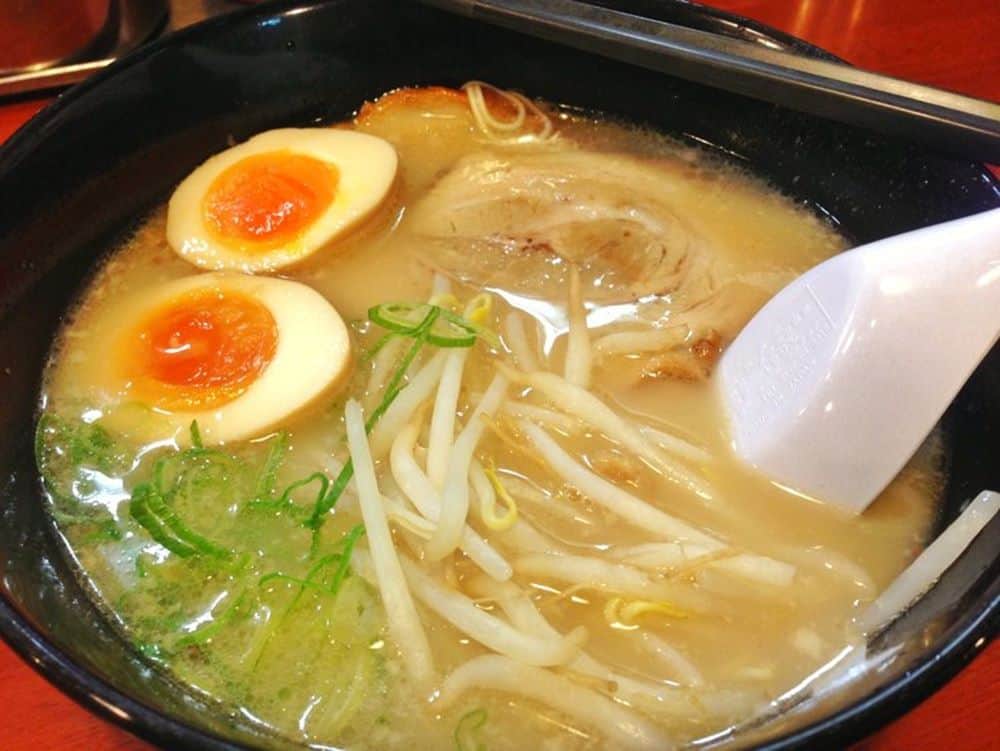 The are 5 main varieties of broth; Shōyu, Shio, Miso, Tonkotsu and Curry. The noodles are generally made from wheat flour and the best ones you’ll find are usually hand made in the shop. The list of toppings available is virtually endless and ramen is one dish in Japan where tradition doesn’t have to be strictly followed to be considered good. This means that chefs are able to really personalise their ramen and it’s a food that is constantly evolving.

How to Order Ramen

This obviously depends on which restaurant you’re in, but there are two common ways to order your ramen in Japan.

Many ramen restaurants in Japan have a vending machine instead of a waiter which makes it super simple. Just select what you want from the options displayed, insert your money and you’ll get a ticket in return. 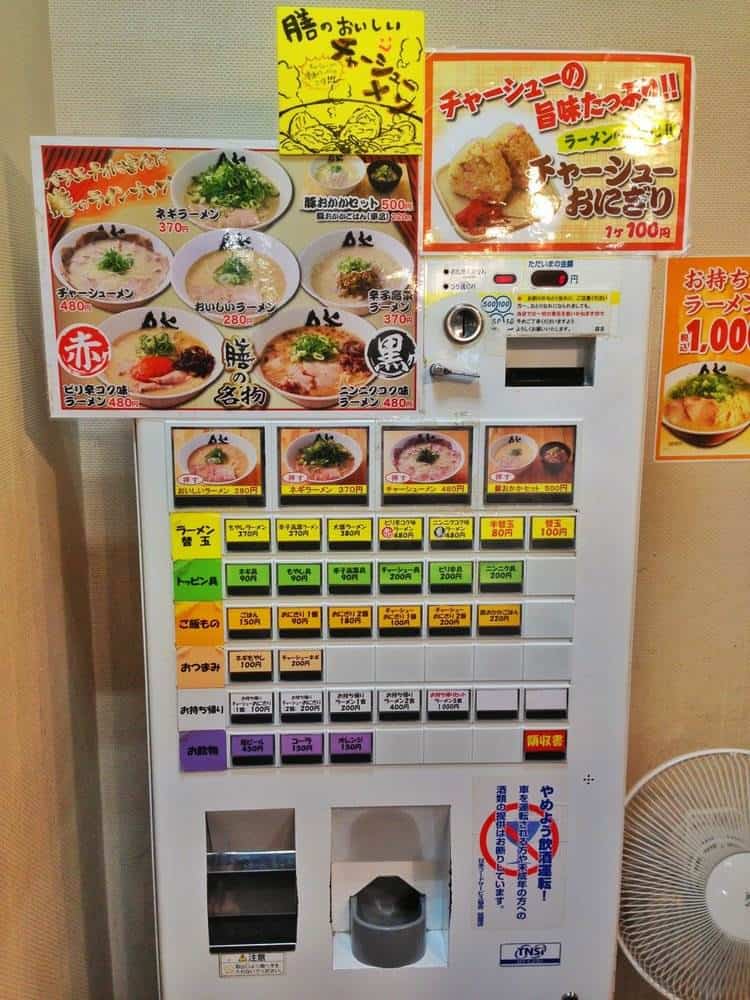 Take the ticket and find yourself a seat – tables are usually open to everyone so sit anywhere you can find a space. Alternatively in some restaurants you’ll get seated at an individual booth so you can get down and dirty with your ramen in private! 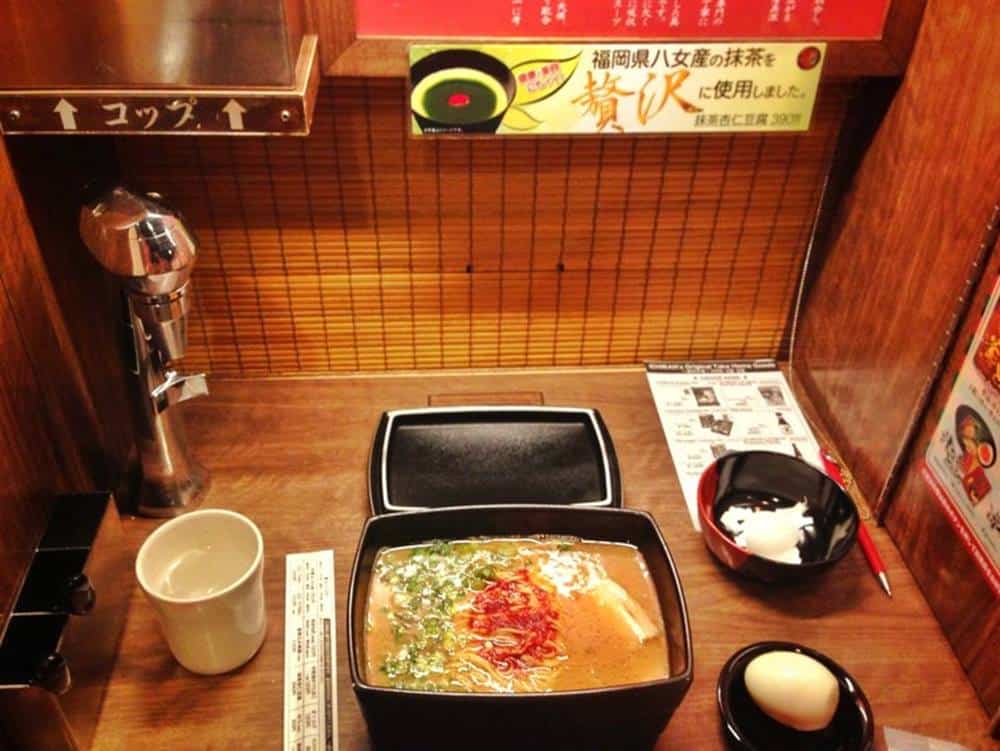 A waiter will come and take your ticket and come back in a matter of minutes with a delicious steaming bowl of ramen!

This is quite uncommon, but sometimes you’ll go somewhere that has actual human beings taking your order. It might be a waiter, or if it’s a ramen bar then you may be sat at a long table that runs along the edge of the open kitchen and you can just communicate directly with the chefs. You know the rest. 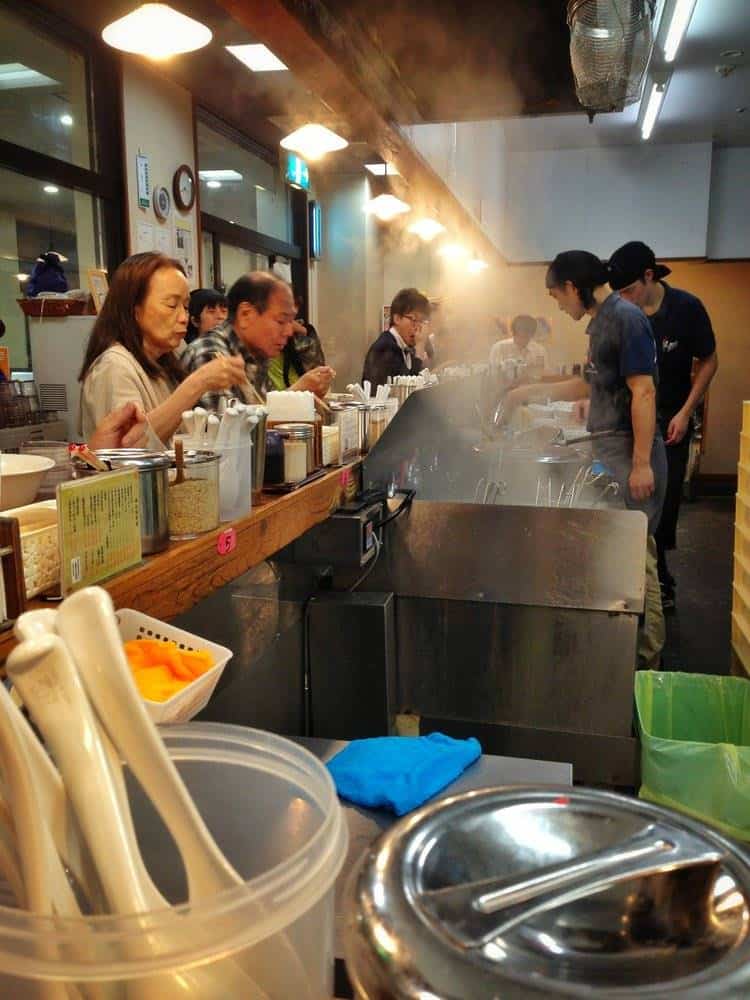 One handy bit of extra info is that some restaurants offer what is called “kaedama”. Kaedama is basically an extra portion of cut price noodles which you can order to add to your original broth if you’re still a bit peckish. It’s more common in some prefectures than others but it’s well worth doing when it’s available – just remember to save some of the soup.

One of the most exciting things about ramen is that you get to tailor it and make it bespoke to your exact tastes. Most ramen restaurants will have a selection of toppings available to add to your bowl, these can include but definitely aren’t limited to sesame seeds, pickled ginger, fresh garlic and soy sauce. It’s up to you to decide what and how much of these bits you want to put in, you’ll probably want to experiment to find your perfect combination. 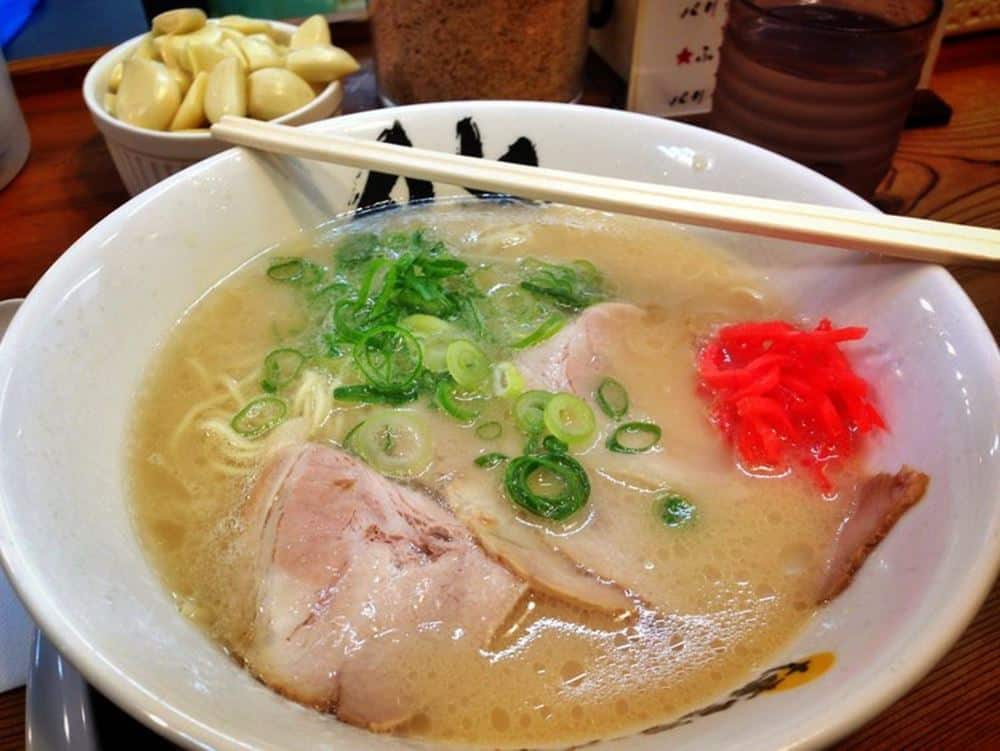 Finally to the good part! I’m gonna break it down into 7 easy to follow steps. 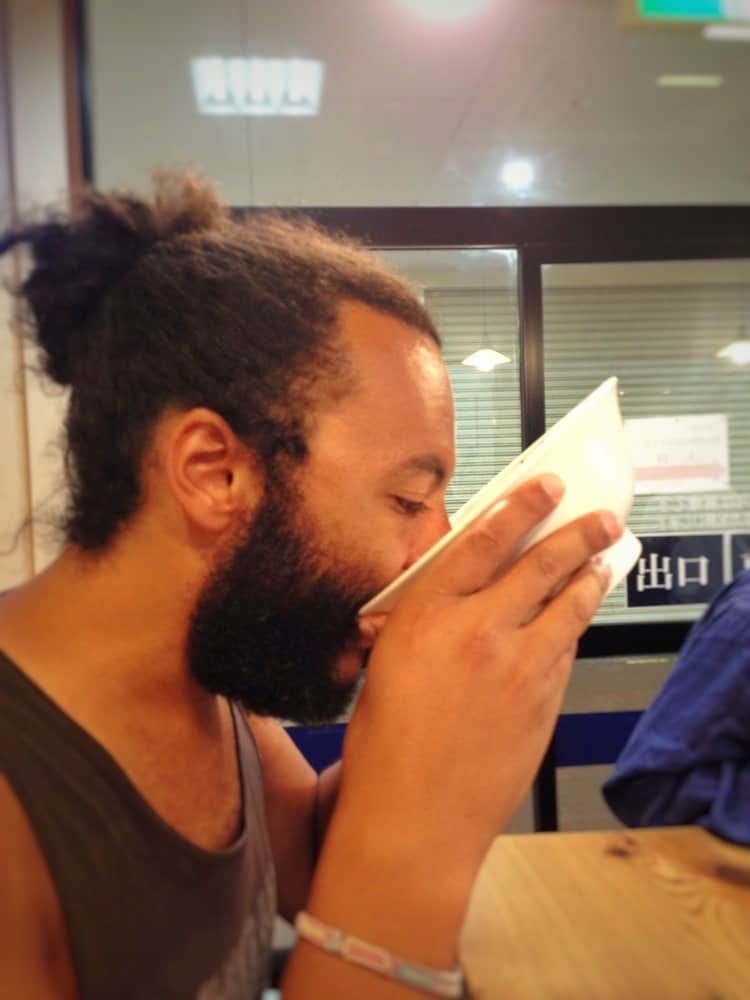 The main rule to remember when eating ramen in Japan is that it’s ok to break the rules. Slurp away, rajazzle your ramen to your liking and always go for kaedama if the option is there.

Ever been somewhere and ordered a meal then had no idea how to eat it? How do you eat your ramen? Does slurping loudly appeal to you or put you right off your food? Let us know in the comments below, we’d love to hear your stories. 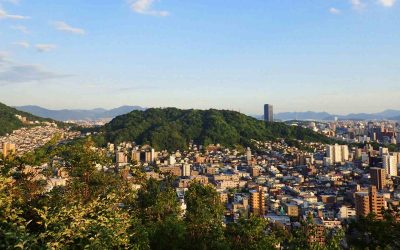 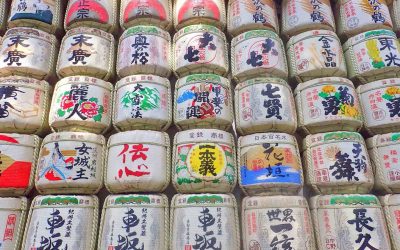 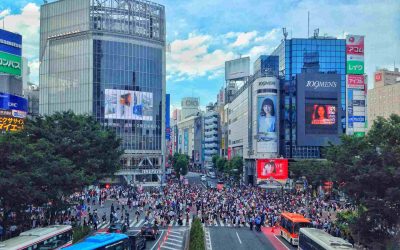 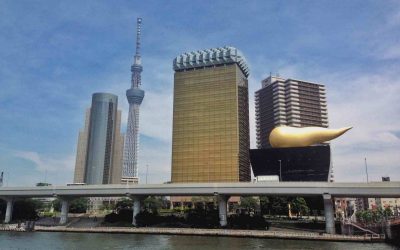 Japan has a reputation for the weird and the wonderful, this camping shop/hostel certainly lived up to that.