Culture Shock: From Tokyo to Bangkok

When we arrived in Argentina from the UK as newbie travellers there was a small period of adjustment I suppose with the weather and the language, but in terms of any actual shock I can’t say I really experienced it. Then again it does have a very European vibe so we were probably eased into South American culture. And we haven’t been home yet to experience the opposite.

But in the latest leg of our adventure in moving from Tokyo to Bangkok, wow have I noticed a difference! Maybe it’s so much more because they are both big cities in the eastern part of the world and in the back of my mind I had expected more similarities but I couldn’t have been more wrong.

Having travelled up through Japan from lesser populated cities, we had prepared ourselves for the well renowned hustle and bustle of the big smoke and we were right too. The humidity, the neon flashing lights and the crowds in Tokyo leave you exhausted after a day exploring but whilst this familiarity transfers to my experience of Bangkok so far the chaos is 100% magnified.

There’s a similar amount of traffic in both cites but the combination of large multiple lane roads and the quietness of electric operated vehicles in Tokyo provides a vast starkness to the traffic jammed narrower gas fuelled roads in Thailand. Yesterday we witnessed a siren blaring ambulance stuck in a rush hour roadblock for the entire time it took us to order a meal and eat it in an overlooking restaurant! It’s so loud walking down the street that you practically have to shout at each other in order to have a conversation.

This contrasts vastly with the hushed tones of the Japanese language, in fact I’m not sure we even heard anyone shout in Tokyo actually! In Tokyo, residents and tourists alike also religiously adhere to only crossing the roads when the green man appears but in Bangkok it’s a frantic free for all on roads and pavements alike as motorbikes come whizzing at you from all directions! It’s both invigorating and terrifying at the same time. 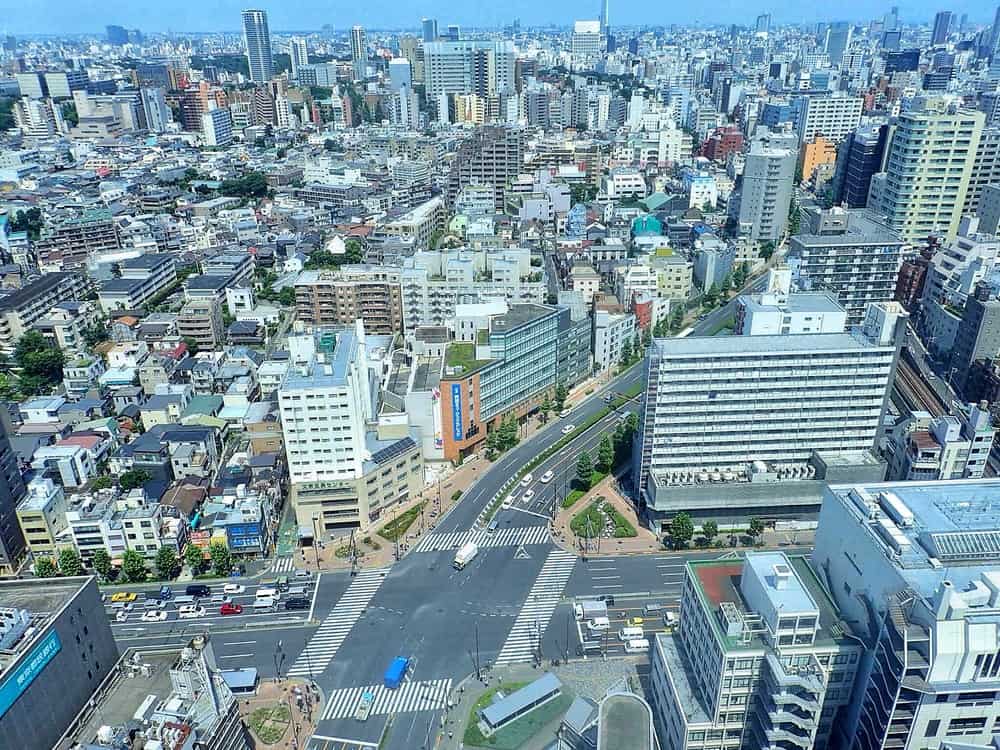 The Japanese are well-known as a society for having some of the highest cleanliness standards in the world and so as much as I was not expecting to have to take my shoes off to enter a public toilet I was not at all prepared to witness two separate incidents of adults shitting in flower beds in the street, as I did within hours of arriving in Bangkok.

I was truly dumfounded – and this comes from someone who has travelled in China where kids dress in crotch split trousers to enable them to relieve themselves wherever and whenever, so it’s not like I haven’t been exposed to street defecation. On a completely different note, that shouldn’t really be in the same paragraph, the cleanliness of street food vending is going to take some getting used to here in Bangkok.

As we ate a delicious lunch today at a packed out locals place I looked around at the cats sat on neighbouring tables scratching themselves and the flies swarming around uncooked meat laid out in the open I had to remind myself that we have eaten in many places like this all over South America, and never once been ill yet. I’m not sure flies even exist in Tokyo. 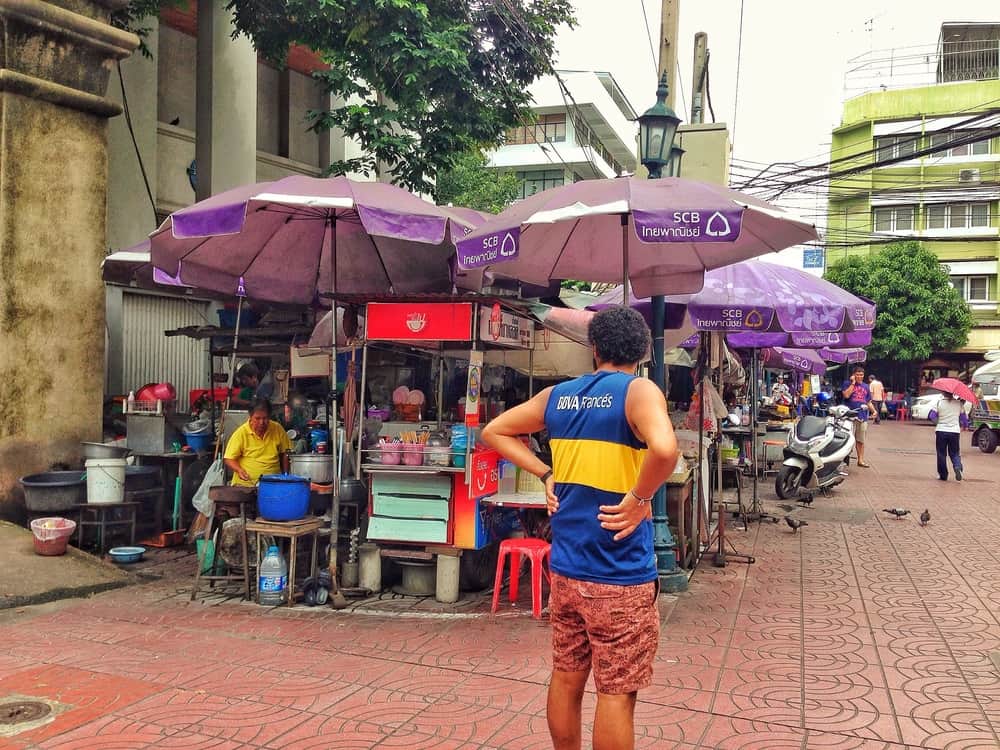 We’ve only been here a day so maybe we’ve just not been in the right places yet but so far I’m struggling to understand why Thailand has the reputation as the of ‘Land of Smiles’. Don’t get me wrong, the Thai people we have met so far have been polite and helpful but very much in a professional business sense and I’ve not seen a genuine smile so far from anyone we’ve passed on the street. Maybe the smiles are reserved for high season? And this contrasts greatly with our experience of Japanese people where from the get go even if we were looking slightly hesitant at a metro ticket machine or took our map out to locate where we were a passer-by would insist they helped you.

It is also custom in Japan for every employee to say welcome when you enter and thank you for your custom when you leave a shop or restaurant (irrespective of whether you bought anything) and so although this did seem a little over the top, when we first arrived in the country we became used to it. It’s much more want we would expect as westerners here in Bangkok with a quick thanks being received after a purchase. 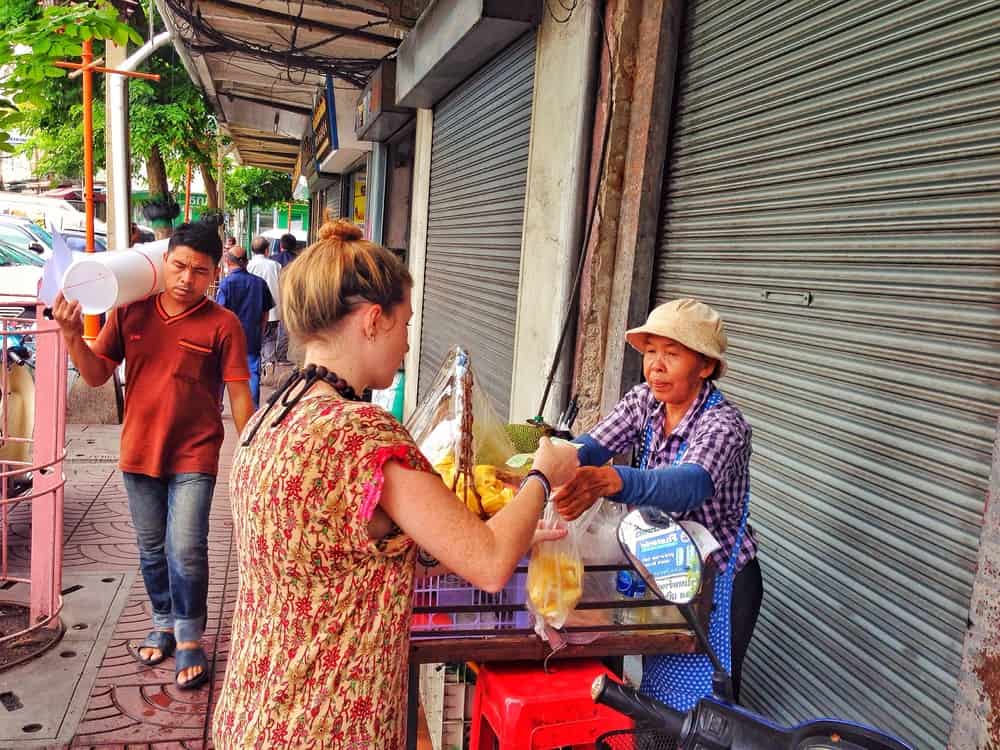 Business all the way!

I don’t want to come across as if I don’t like Bangkok because despite what might seem like negative comparisons my overall first impression is that I’m going to love it here once I get used to the different culture. I can say without a doubt that the lower cost of living, vast array of street food and custom of massages being an affordable routine rather than luxury treat are definitely going to agree with me! I just find it very interesting having experienced the unexpected initial reaction that I have.

What about you? Have you experienced culture shock? Where were you? Let us know in the comments! 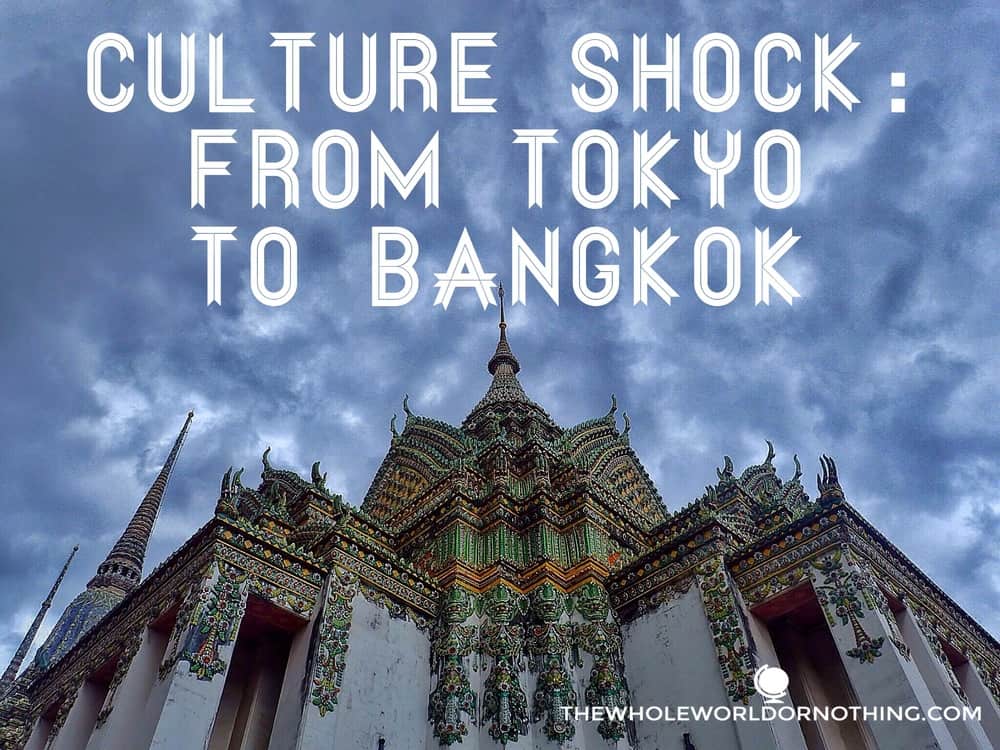 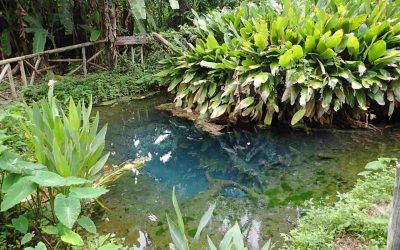 Staying in Chiang Mai for a while? Fancy a trip out from the city centre? Rent a motorcycle & head out on some adventures to the crazy Sticky Waterfalls & the beautiful Grand Canyon! 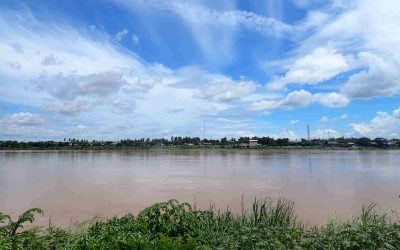 We Loved Nong Khai & Here’s Why

Crossing the Thai-Laos border & unsure which route to take? We’d recommend the First Friendship Bridge & a stop off in beautiful Nong Khai. We loved Nong Khai & here’s why!