Why Travel Is The Best Thing For My Health

When I lived in the UK I suffered from some pretty debilitating health problems. I would get migraines so bad that I would sometimes temporarily lose my sight and had a digestive disease called ulcerative colitis (UC) which made it impossible for me to do normal things sometimes. I won’t go into that much as it’s pretty nasty, but you can google it if you want.

I started getting migraines when I was a teenager, I missed some of my A-level exams in A&E worried I was going blind. And although they definitely haven’t been as severe as some people have them, they would creep in a few times a year. But now, aside from the odd self inflicted hangover headache, I haven’t had anything close to a migraine in two years.

Travel Is Good For Your Health

And as for the UC, I had it for years before finally finding out what it was. My doctor did tests but kept insisting I was just intolerant to certain foods. There was a good year or so during which I was honestly convinced I had cancer. I managed to get it somewhat under control after being properly diagnosed and prescribed the right medication but had regular flare ups. 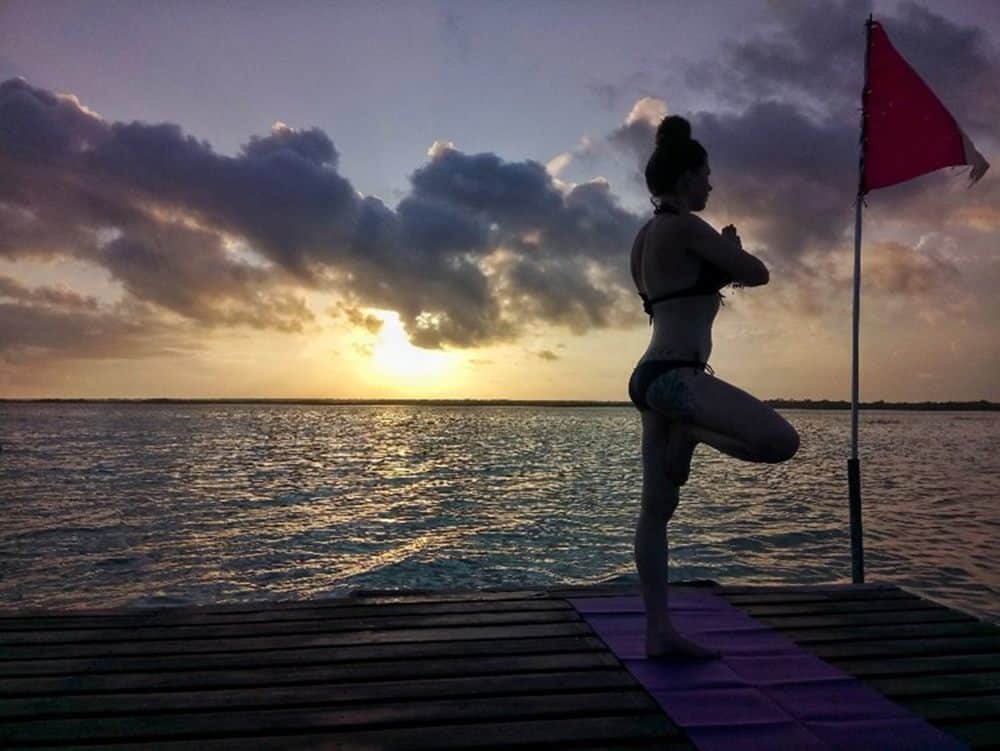 The first year we travelled I carried a big tupperware box full of medication around with me the whole time. But you know what, I didn’t open it once and I just don’t have symptoms anymore. And then there’s my mental health. I’ve suffered with anxiety so bad in the past that it’s escalated to take me to some very dark places – you can read more about that here if you want.

But these days, even though I will sometimes have slight anxiety symptoms now and again, I couldn’t tell you the last time when that was. So what’s going on? Where have my health problems miraculously disappeared to? Have I found some secret cure all medication on my travels that the NHS doesn’t know about? 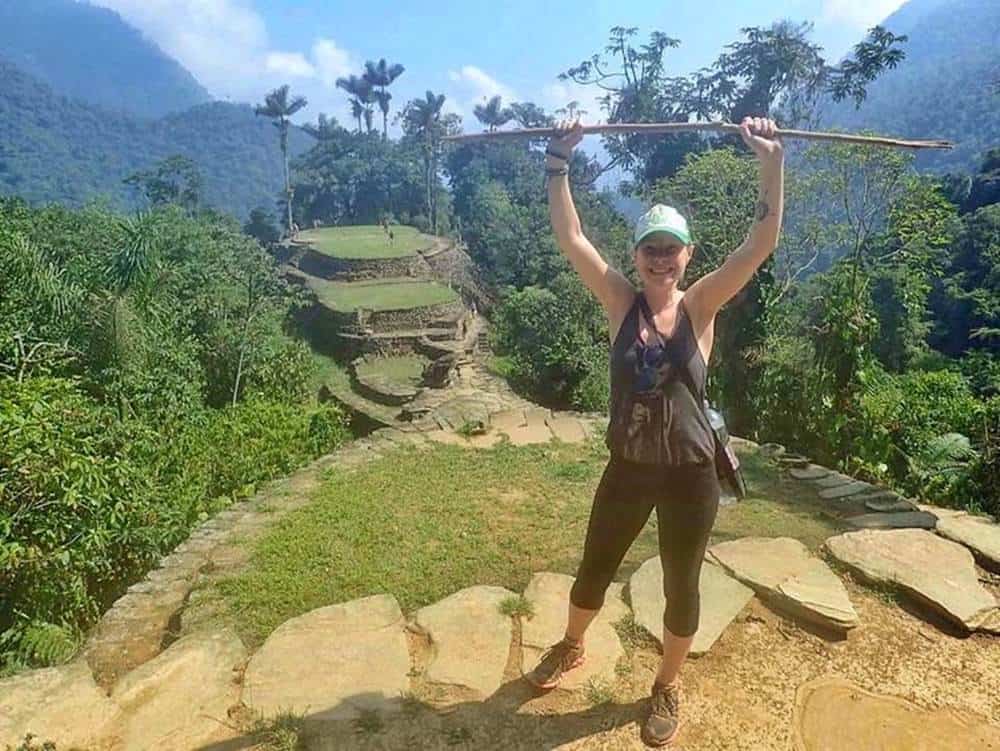 Nope and it’s not a miracle at all. It’s actually very simple really. I’m just not surrounded with the same level of stress that I used to be. And what’s quite frightening really is that I didn’t even realise the amount of pressure that I was under a couple of years ago. I can see quite clearly now just how much stress was engulfing me and just how bad it was for my health.

There are also another couple of other related things that I think are having this positive effect on my health. The first is getting enough sleep. I used to stay up as late as physically possible when I lived in the UK and had my old job, not wanting my evening of freedom to be over and the dreaded next work day to start.

Now I go to bed at a reasonable hour because I’m excited for the next day, not dreading it. I get my 8 hours, rarely set my alarm, and wake up naturally because I dictate my own schedule. Of course suffering from way less anxiety plays a huge part in this too because I’m no longer waking up in the wee hours, scribbling out to do lists. True story. 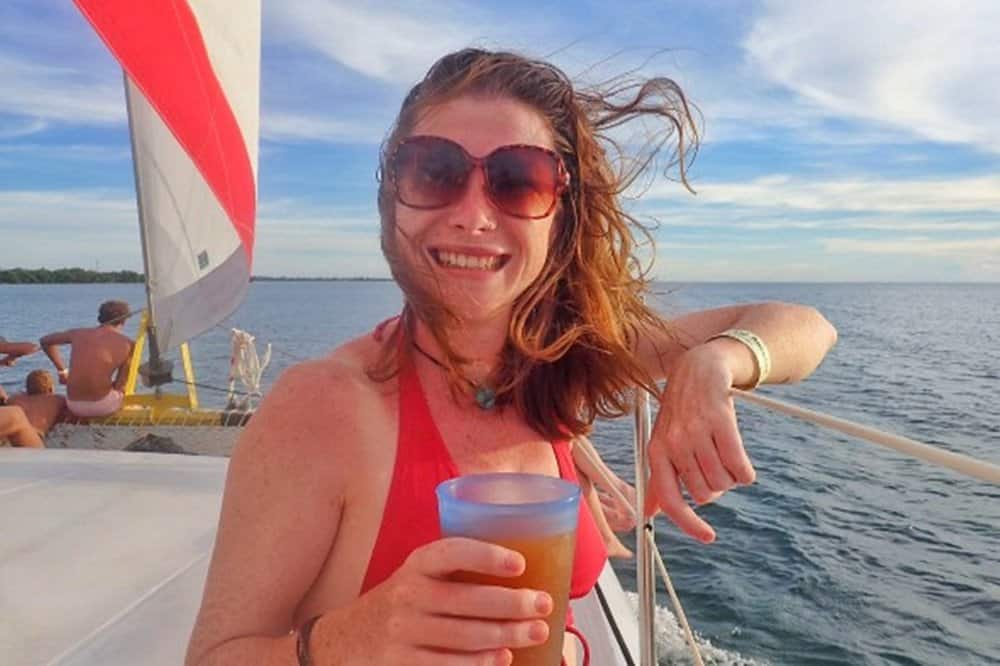 And then there’s exercise. I’ve never been a particularly lazy person but other than playing roller derby for 8 months or so until I bust my shoulder, I never properly made time for it. You see, I’m one of those people that’s blessed with being naturally quite thin, even at my fattest I don’t think I’ve weighed more than about 9 stone.

I guess many people may be envious of that. But for me it’s meant that in the past I‘ve felt almost zero motivation to commit to making exercise part of my routine. But travel has provided me with a couple of experiences that have changed that. Discovering my love of hiking on the Inca Trail to Machu Picchu and an awesome week that I spent at a yoga retreat in Cambodia. 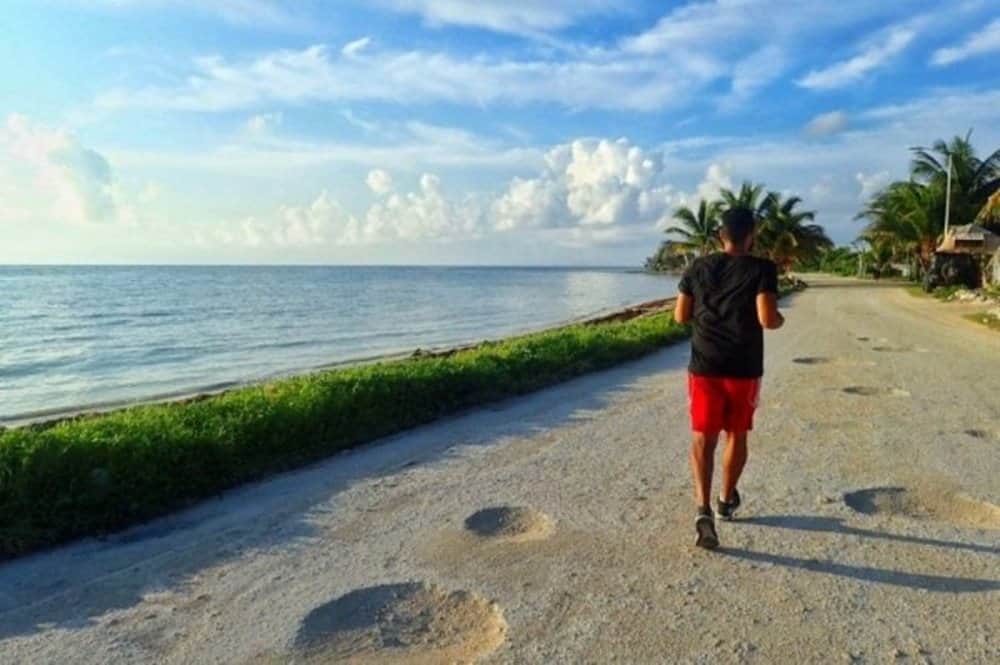 And so these days I’m the most active I’ve ever been in my life, working out most days – and what’s more I’m enjoying it. Of course, having beautiful places to go for a run or do a morning yoga routine in helps. Not that the UK doesn’t have some stunning places of course but a) they weren’t on my doorstep b) it’s freaking cold there and c) I just didn’t feel like I had time.

I’m also drinking far less alcohol than I can ever remember doing. Two years ago I would have thought nothing about knocking back a bottle of wine on a Sunday night trying to beat the Monday blues and the same again on Monday night to dull out the stresses of the day. I’d like to say it wasn’t an issue but it probably was. And that’s quite scary looking back.

So yeah just another reason why I have fallen in love with the new lifestyle we are carving out for ourselves. Do you feel healthier when you are travelling? What impact does stress have on your life? I’d love to compare notes. 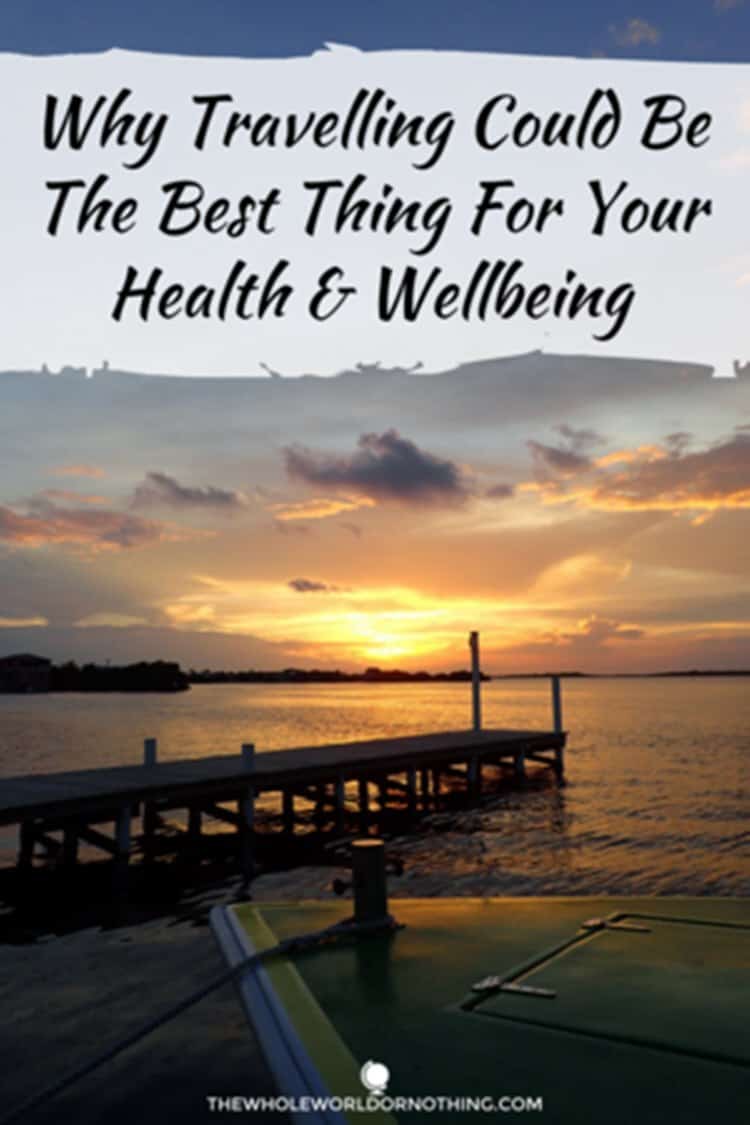 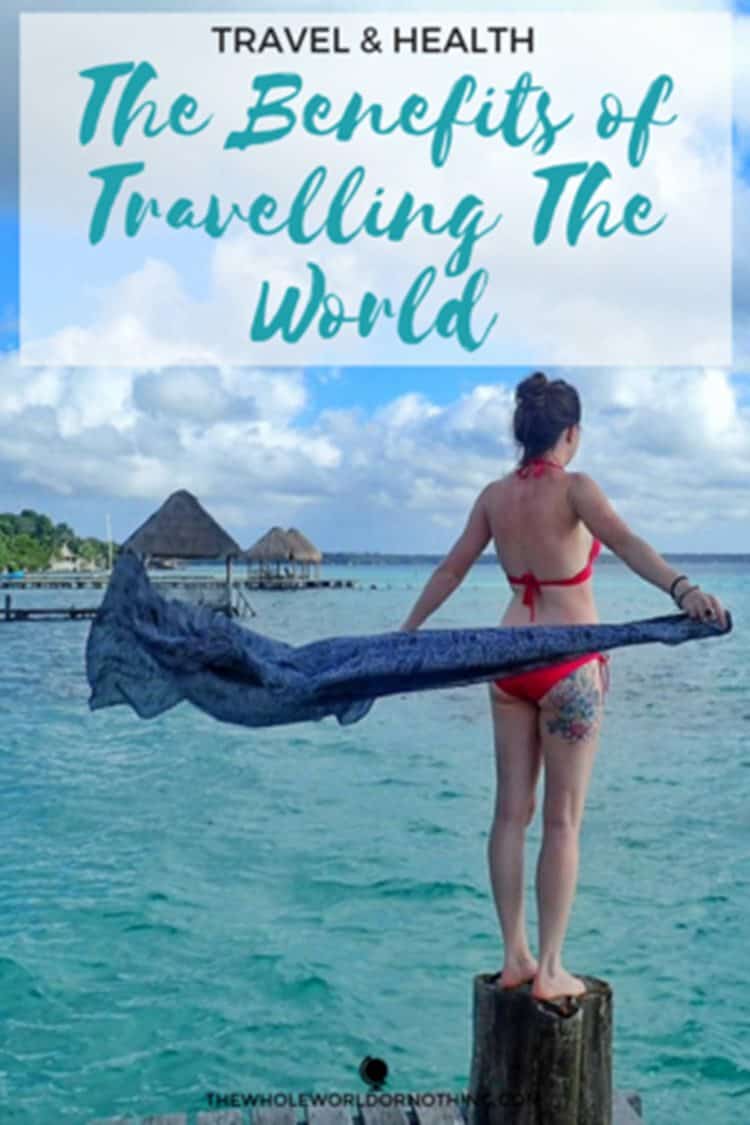 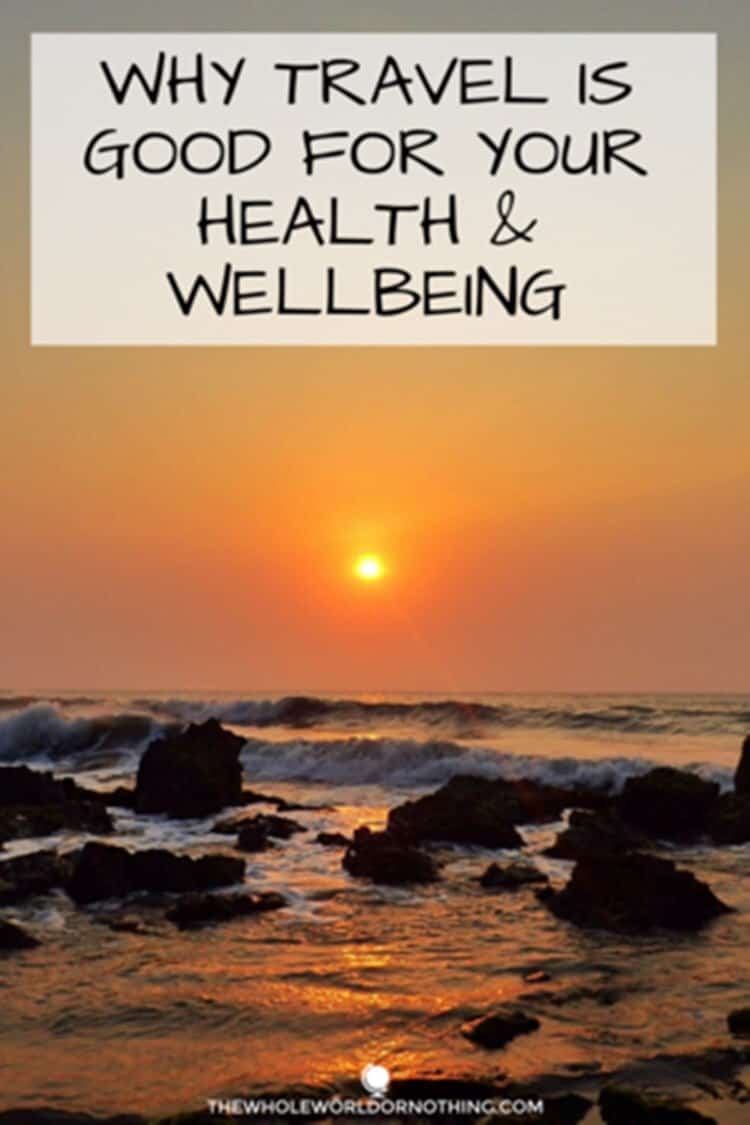