In 2015 we set off on what was intended to be a year long break. Within weeks we’d been utterly sucked in by the feelings of freedom, excitement and wonder that came with each new landscape we explored. By the end of that year we’d come to the decision that we simply didn’t want the adventure to end.

Seeing it written down in those terms makes the decision appear almost flippant, but it’s difficult to overstate how much our lives have changed over the past couple of years. The journey we’ve been on to reach the point we’re at now has been the most difficult, terrifying and exhilarating that either of us have ever experienced. 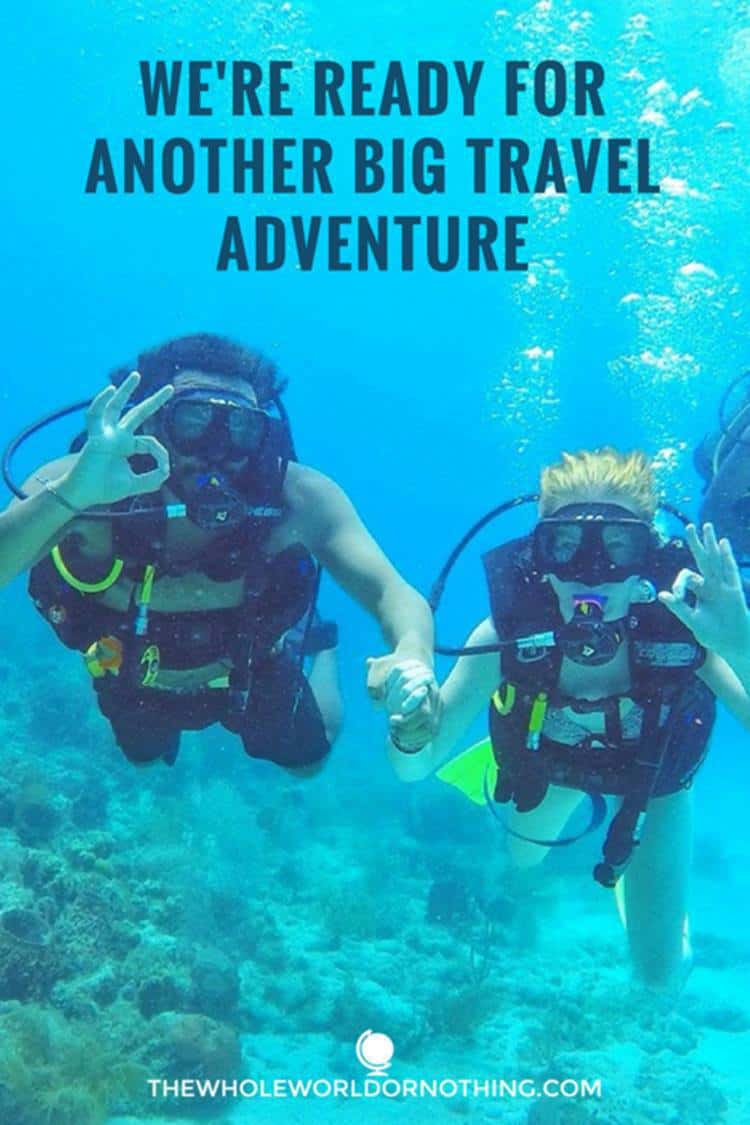 We’ve been back in the UK for almost 6 months now, and it’s been amazing in so many ways. We’ve got to spend time with our friends and families, including meeting our beautiful nephew who was born whilst we were away and attending the wedding of two of our closest friends. We’ve squeezed in a few jaunts to Ireland, Sweden and an impending trip to Scotland to walk the West Highland Way. And we’ve started earning a living through a combination of this blog and freelancing, that will sustain our future travels. 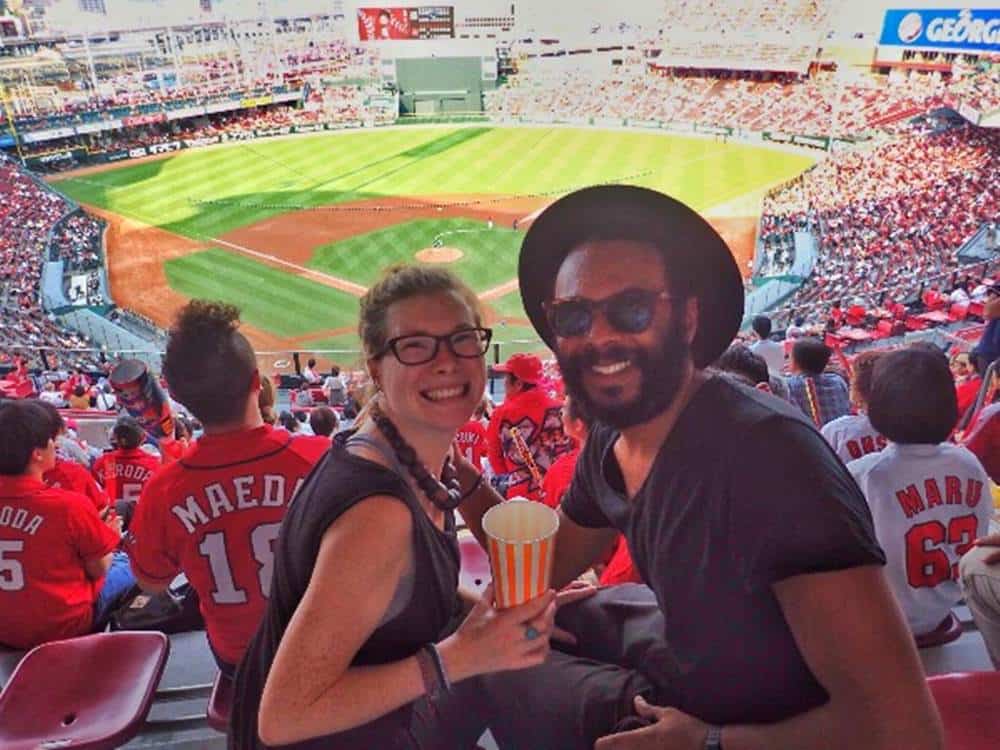 But it’s also seen us gradually slip back into many of the familiar routines and easy comfort that we worked so hard to break away from. In 3 weeks time we’ll be heading to Mexico with just a carry on bag and a one way ticket. We’ve got no big pot of money saved up, have made no plans for what we’re going to do, and have little idea how long we’ll be gone for. We’re anticipating it’s going to be our biggest adventure yet.

How and Why We Chose Mexico

We often talk about our “list” of countries that we want to visit, but in truth we don’t have anything of the sort. There’s nowhere that we would rule out exploring, other than for reasons of personal safety, which means that we’re open to going absolutely anywhere at any time. This is one of the most exciting things about our lives – that we don’t know for sure where we’ll be next week, let alone next month or next year. 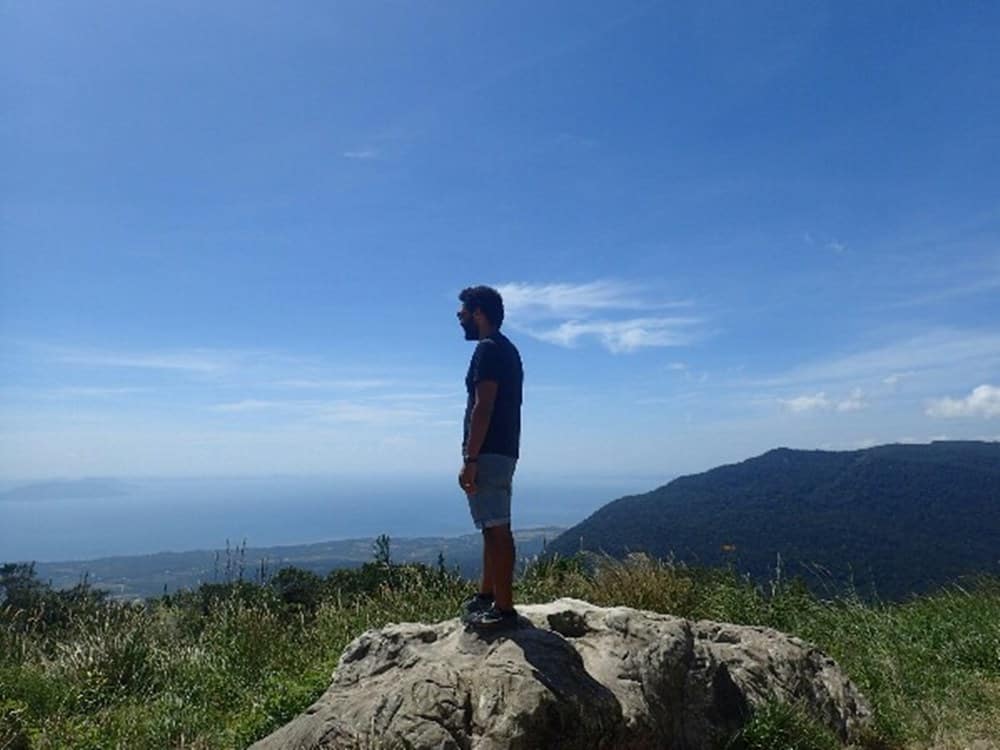 When we came back from our “gap year”, we didn’t anticipate being based in the UK for so long, but various things happened that meant it just made sense. Pretty quickly, we were getting itchy feet and knew that the only remedy would be to start thinking about what we were going to do next.

Sarah had been reading a lot about Mexico and had been really inspired by the history, the landscapes and the culture. When she mentioned to me that she might like to go there next, I immediately started drooling at the thought of tacos and that was it, the deal was sealed. I quickly began looking at how expensive it was to get to Mexico City and found flights for just £200. Within the hour we’d made the decision that this was our next destination and booked the flights on the spot. Spontaneous, unconsidered, reckless, whatever you want to call it, it’s the most exhilarating way that we can think of to live our lives.

We know, because people are constantly telling us, that not many of our friends or family could do what we do. By that, we think they mean living without the familiarity that comes from having a permanent base and all of the creature comforts to go with it. But for us, the things that other people might view as difficult are exactly what we thrive on. Rather than carrying all of our worldly belongings on our backs being a challenge, we find it’s completely liberating. 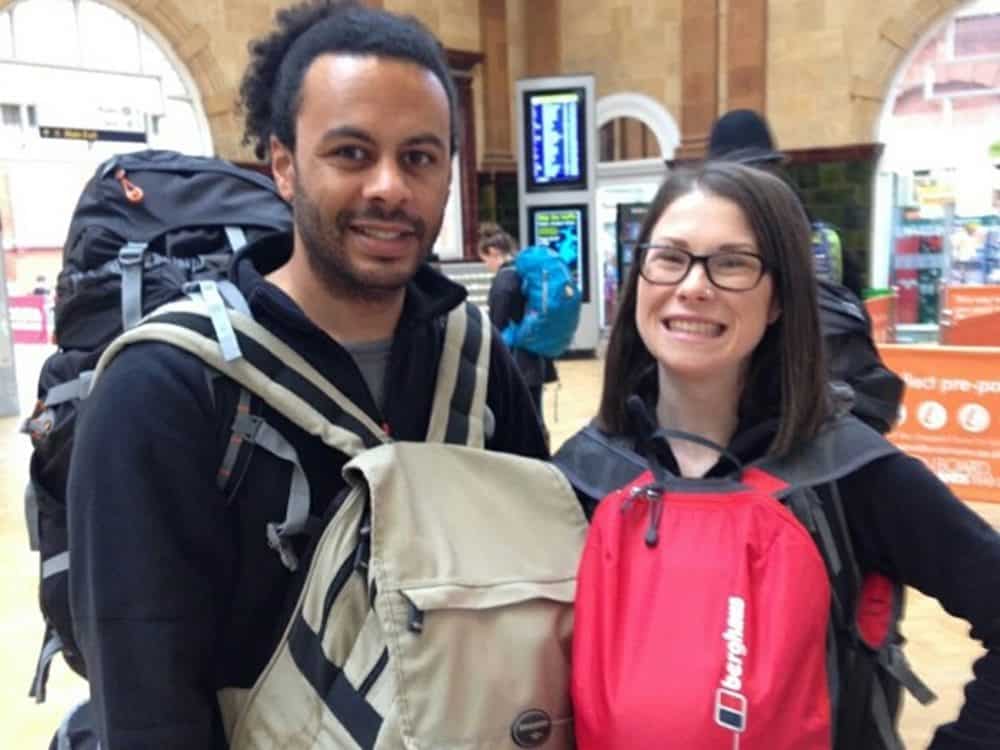 We’ve learnt how to live with virtually no possessions, and while it took a small amount of adjustment, it was nowhere near as much of a wrench as we thought it was going to be. We started to embrace minimalism even before we really knew what it actually was, and without any effort now fit all of our stuff into carry on sized bags that weigh less than 10kg.

It’s funny to look back now and realise how much stuff we used to hoard. Stuff that we neither needed or used, but convinced ourselves that one day it might come in handy. Sorting through all of the crap we’d accumulated over the years was one of the most stressful things we did when we arrived back, and it’s a trap that we won’t fall into again. 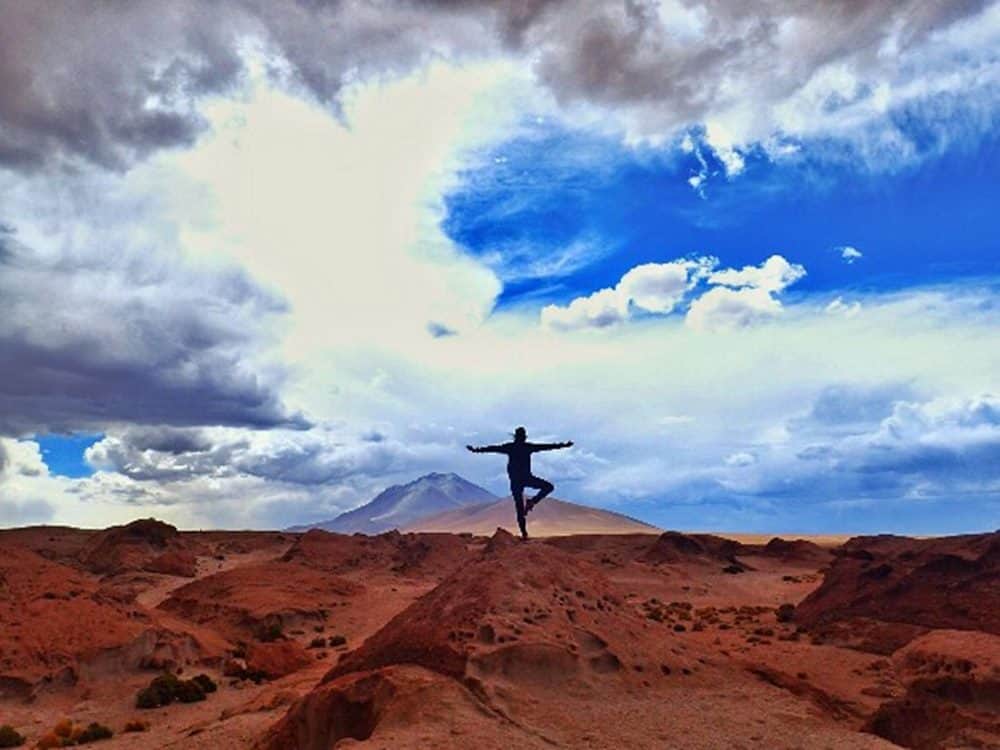 We used to buy things when we wanted them, but now we try to focus on necessity rather than desire, and by doing this have reduced our living costs to the lowest they’ve ever been. I need to point out at this stage that we don’t judge anyone for their lifestyle choices, and we think that people should do whatever makes them happy. We just came to the realisation that for us, having and buying lots of stuff wasn’t adding to our happiness in any way. Some people would view us spending the majority of our cash on travelling the world as a complete waste of money. But we can truly say, that for the first time in a long time, we are genuinely happy and loving life.

Travel guilt comes in all forms and sizes, and from talking to fellow travellers we’ve realised that everyone who goes off on long term trips feels it in some way or another. It’s hard to leave friends and family, in fact we find it’s the most difficult part of travelling full stop. And we’ve had a whole range of negative responses to deal with, from resentment and disappointment through to judgement and concern. At the other end of the spectrum we’ve had many people telling us they wish they could do something similar, how much they support what we’re doing and can clearly see how happy it’s making us. 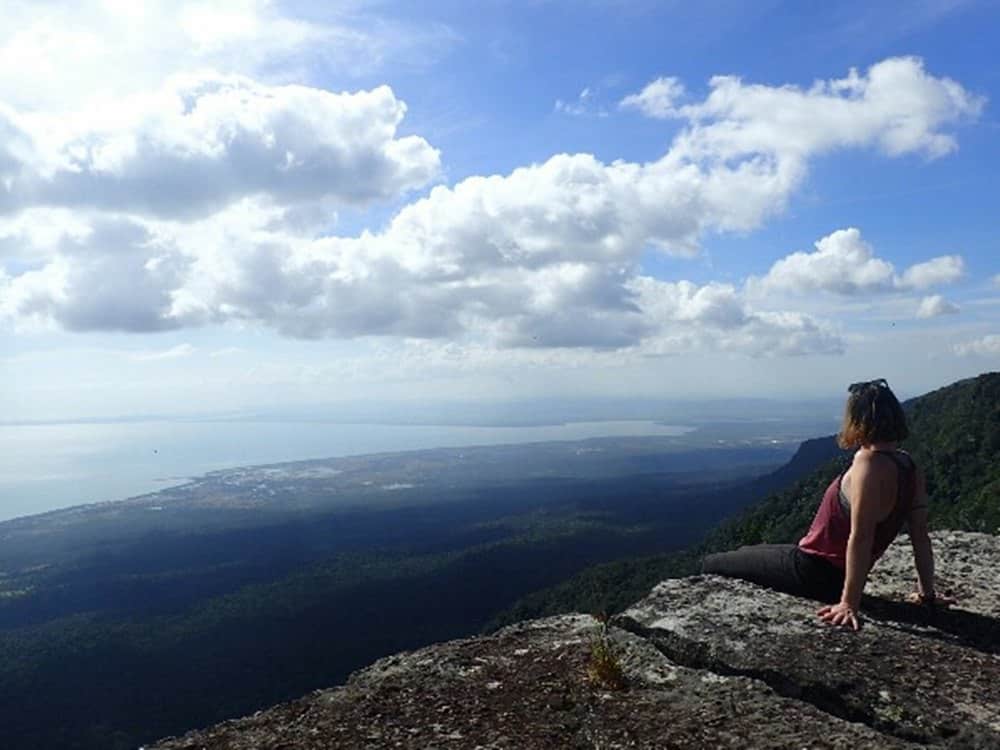 Experiencing this range of polarised reactions is, quite frankly, emotionally bruising, and it can get quite confusing when we’re having moments of doubt or difficulty. We’ve had to learn to take everything that people say with a pinch of salt, whether it’s the extremely negative or the extremely positive. We can’t control what anyone else apart from ourselves does, thinks or says, so we’re learning to take the rough with the smooth. Ultimately, our day to day happiness has improved no end since we started travelling, and that’s not something that we are going to give up lightly, no matter how difficult the sacrifices we have to make in order to achieve it are. 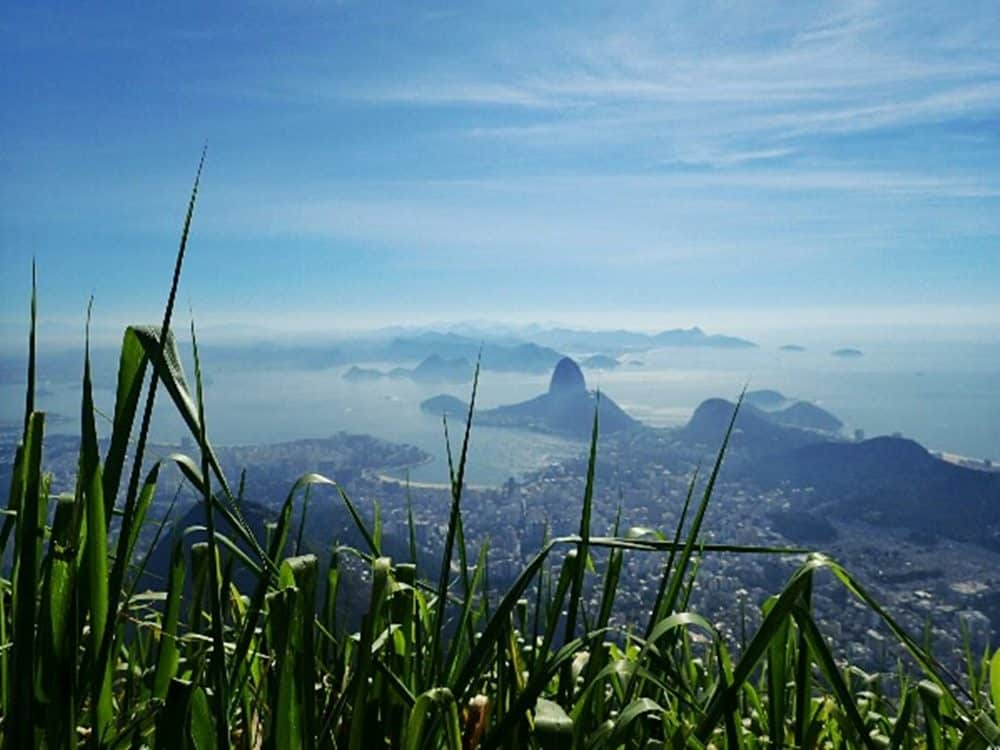 People often talk to us about “returning back to reality”, but we think that reality is what you make it, and for the foreseeable, this is ours. We’re healthy, happy and loving life and despite all the ups and downs, we’ve found something that we’re hugely passionate about which provides us with an unparalleled amount of satisfaction. We’re ready for another big travel adventure.

What’s your biggest passion in life? Have you found it easy to follow it? Drop us a note in the comments below and let us know what your next big life adventure is going to be.