On our last weekend in Buenos Aires we had a very touristy day and did some good old sightseeing. I’d been wanting to go and have a proper look around Plaza de Mayo and see Casa Rosada since reading about the “disappeared” and the Madras of the Plaza de Mayo. If you are at all interested in Argentinian history and politics, the “dirty war” is a really fascinating thing to read up on. Do it. 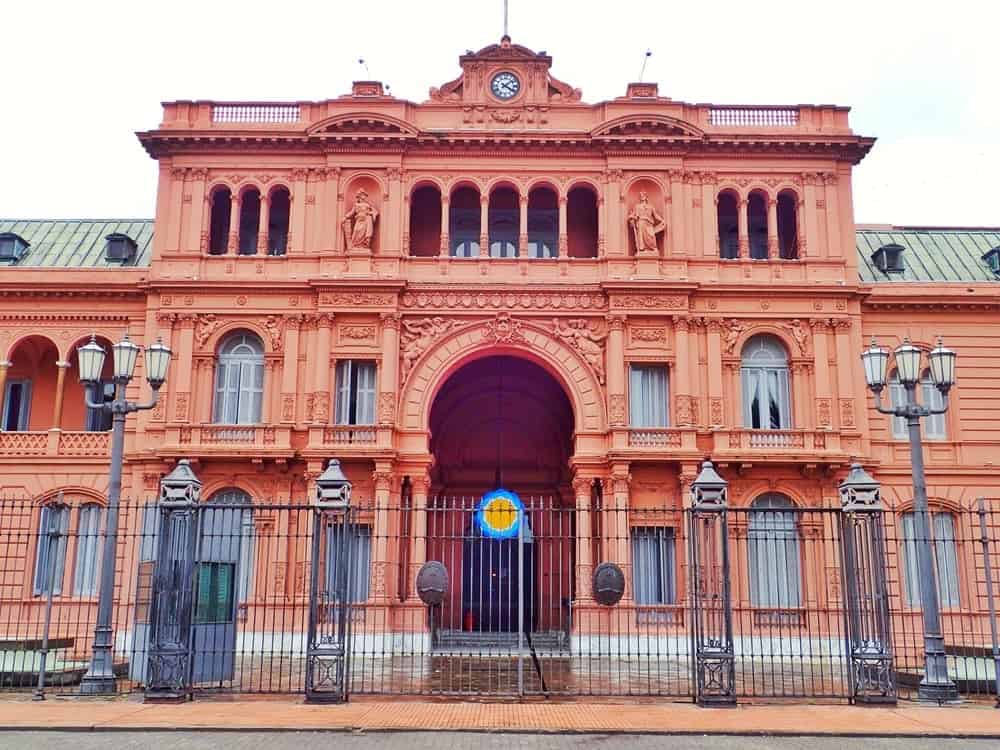 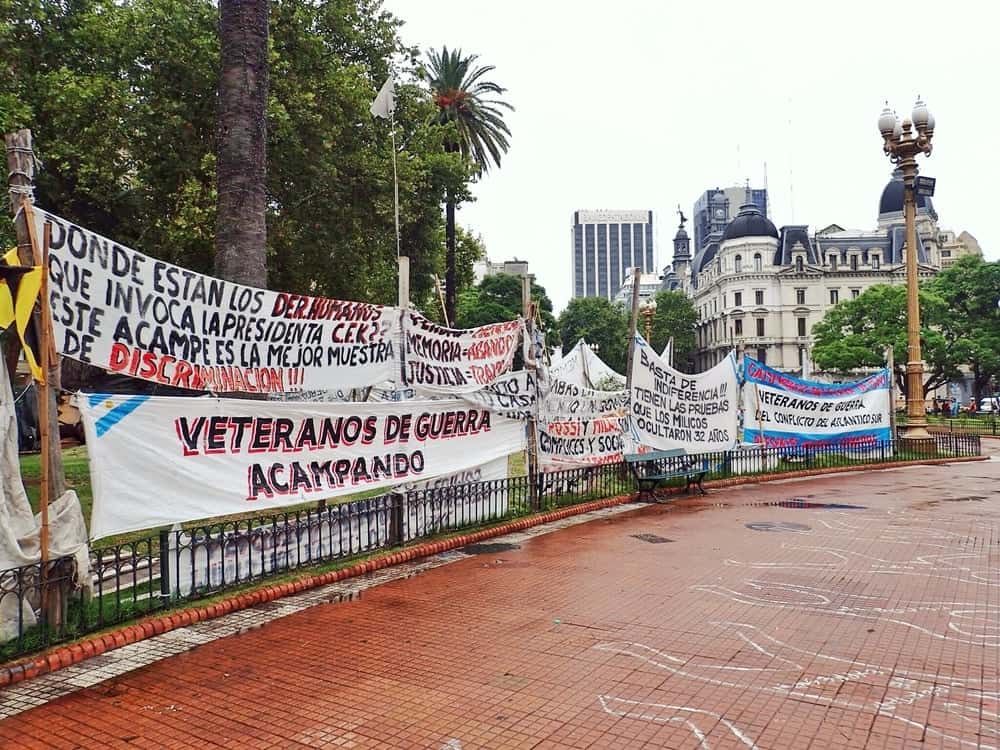 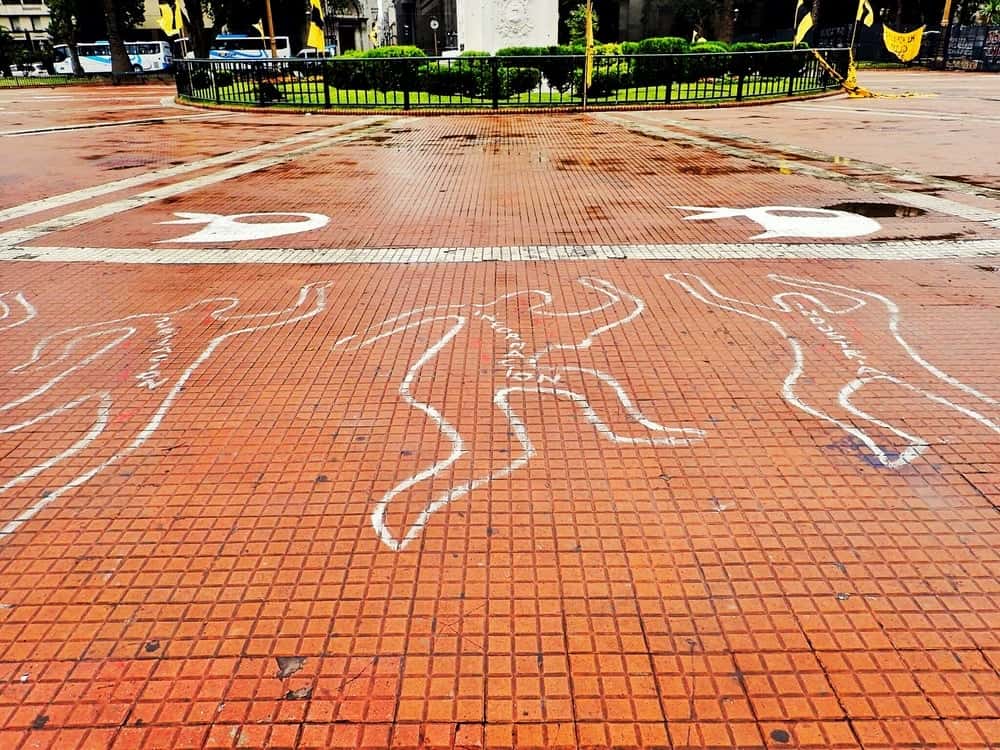 Very basically, 1976-1983 was a period of state terrorism in Argentina where the military dictatorship sought to silence forever socialism opposition. It is reported that up to as many as 30,000 people disappeared, however the numbers have never been determined exactly due to the secrecy surrounding the abductions. People were taken to torture centres and disposed of in unmarked rural graves or put on “death flights” and dumped in the ocean to later wash up as unidentified bodies on the beaches. Some of the missing are children that were born in torture centres and given to military families in illegal adoptions. The Madres of the Plaza de Mayo are Argentine mothers and grandmothers of those who disappeared. They began to protest in 1977 at the Plaza de Mayo in front of Casa Rosada (the office of the president), pushing for information on their loved one’s whereabouts. At the time the government tried to belittle them by labelling them “las locas” (madwomen), but they persisted and raised awareness of the human rights violations on a global scale. They still hold weekly protests to this date and some have had success in finding and being reunited with their grandchildren. So much courage & determination; you can’t help be in awe of them. 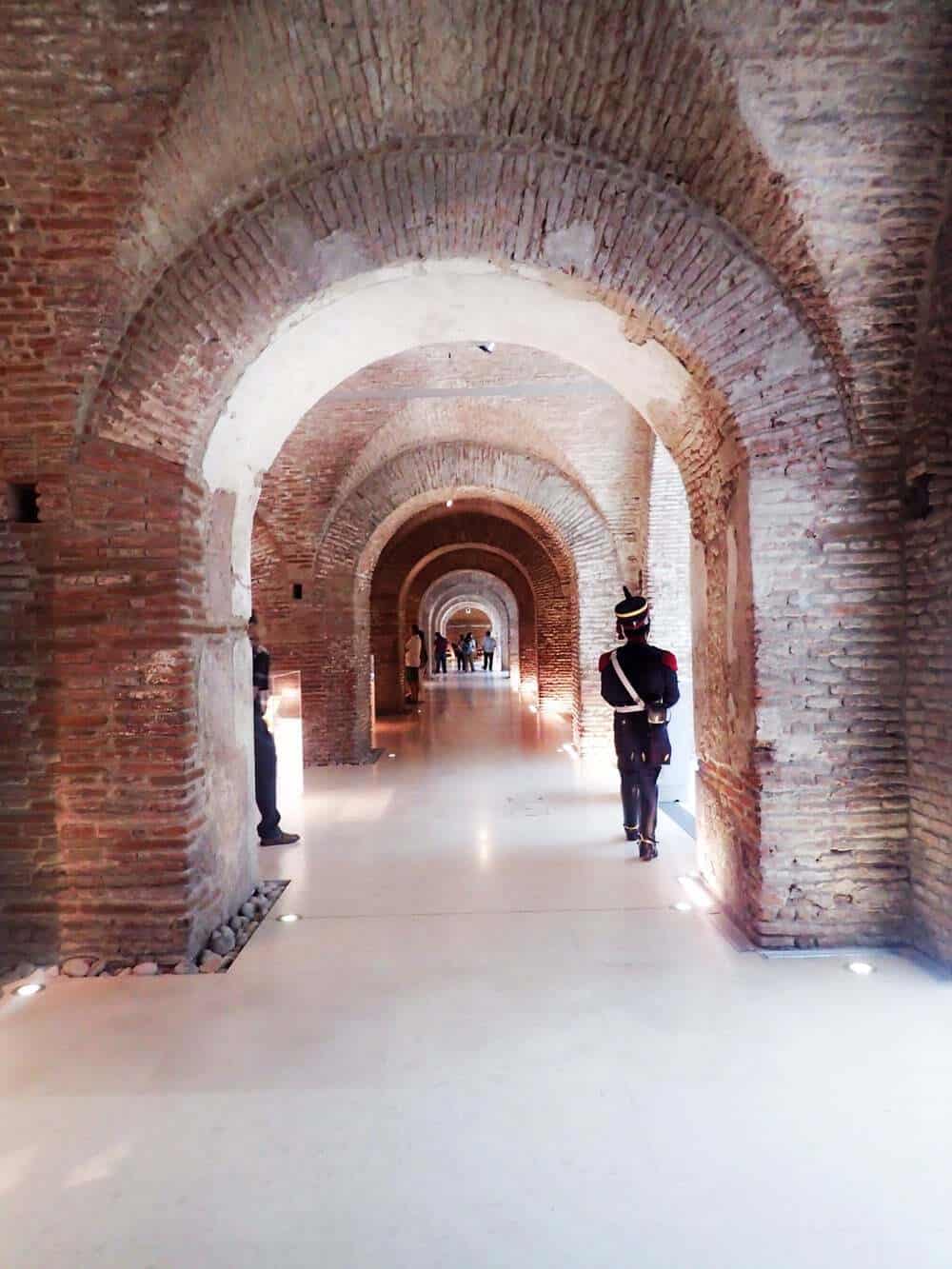 Another attraction worth seeing about Argentinian history and politics is the Museo del Bicentenario (top tip: it’s free entry on weekends!) It’s in the ruins of the old fort and has some interesting short videos, particularly on how the structure of the city has changed over time. I’m not at all an art buff and generally wouldn’t know my Picasso from my Van Gogh but there was some pretty cool art in there too. There’s not a lot translated into English but the staff speak English and are very helpful so you can just ask them for any explanations you want. 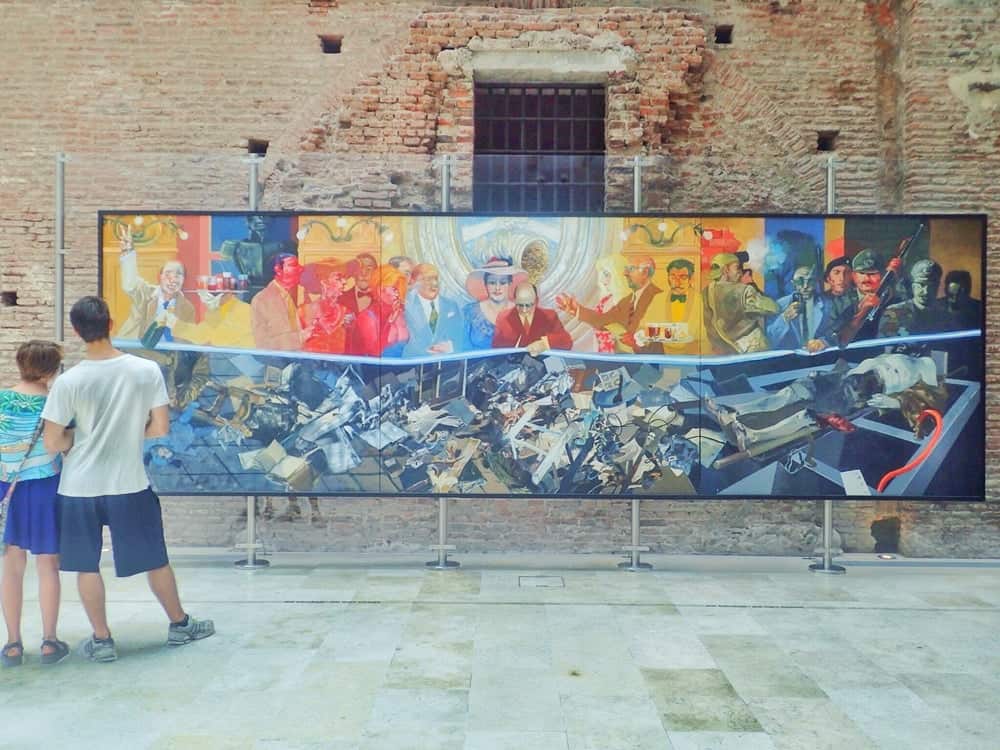 A landscape of Argentine politics 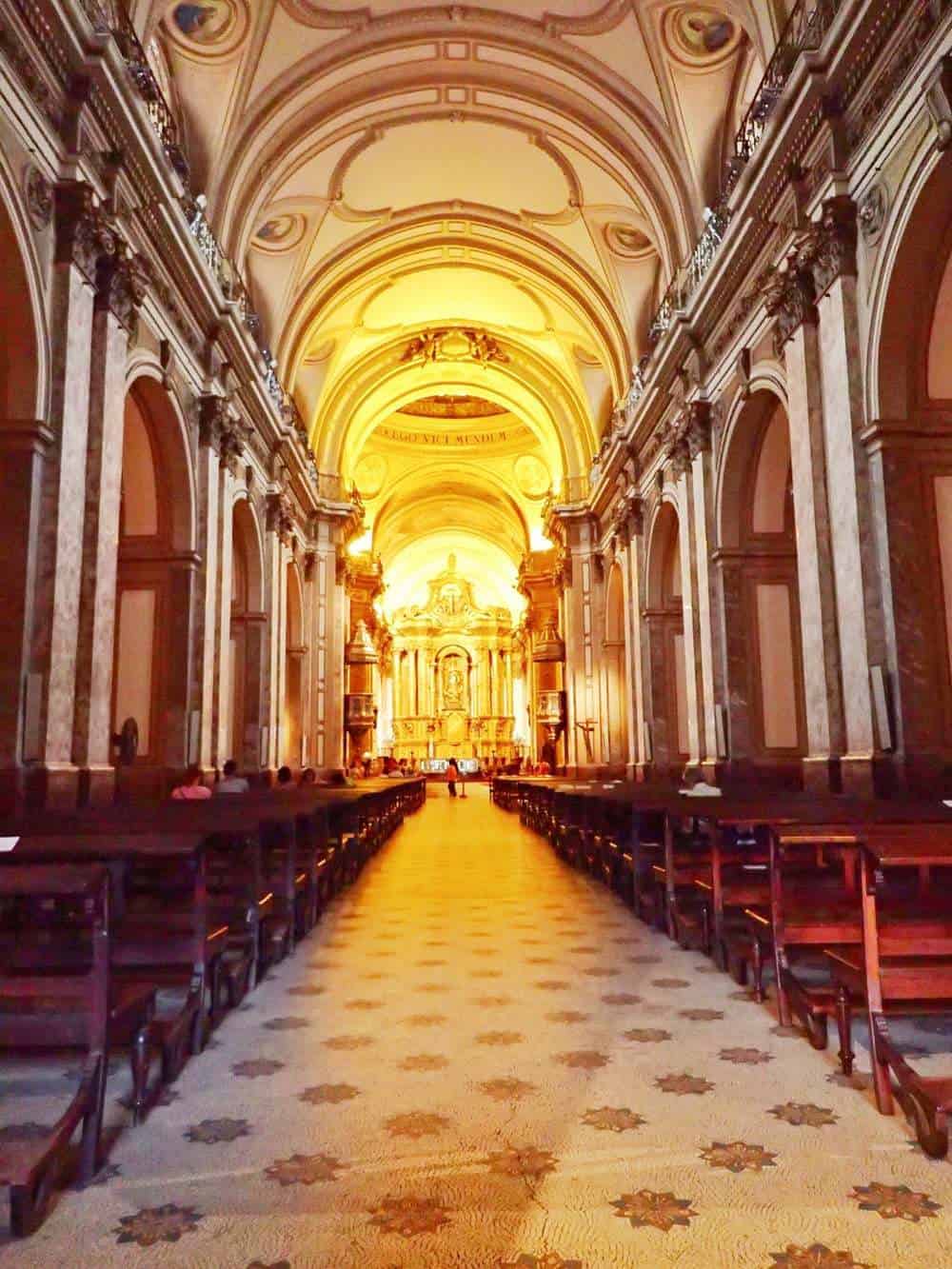 For only the 2nd time in 6 weeks (so we can hardly complain) it was raining a bit so we were looking for somewhere to shelter for 5 and stumbled into a beautiful cathedral on the Plaza de Mayo. It’s free and has some pretty impressive architecture – definitely worth a look see if you are in the area, even if you’re not at all religious like me. 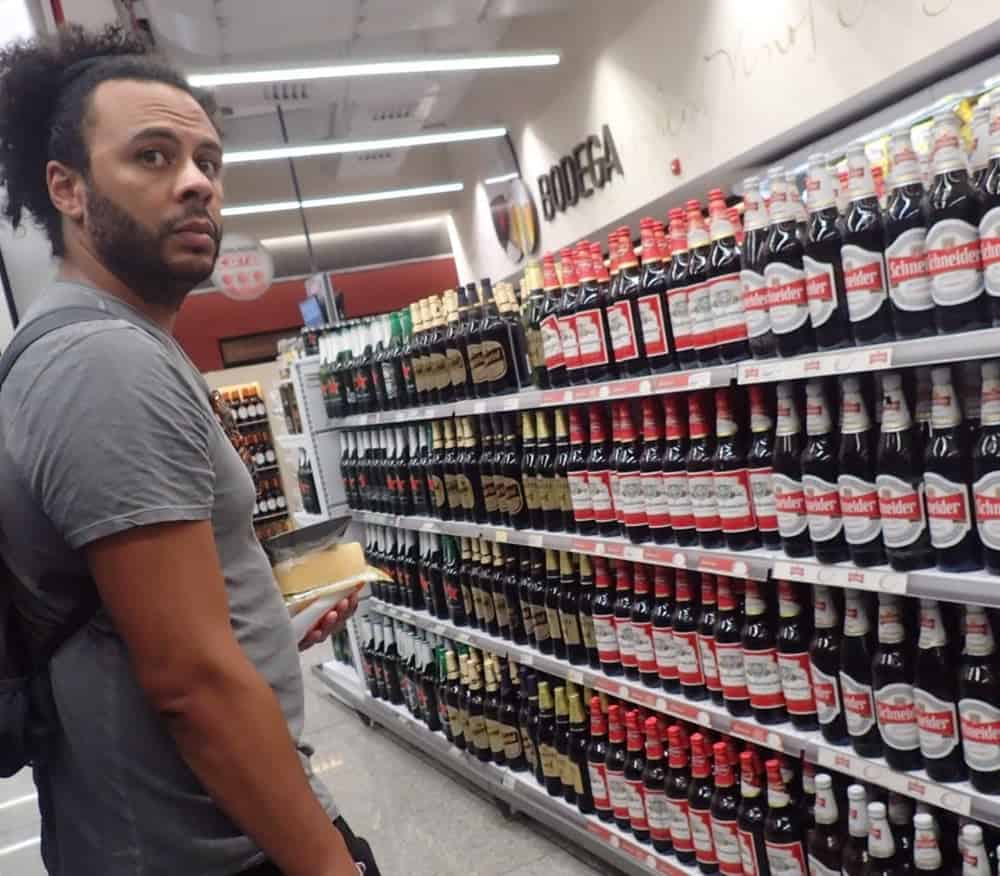 “How many should we get?”

To round the day off we had a wonder down Avenida de Mayo to the famous Café Tortoni and enjoyed a lovely bottle of “Sidre” (cider) and some medialunas (small sweet croissants). Very pleasant. Then we got pretty depressed on the way back to our digs and had to stop off and buy beer as we realised that our last weekend in Buenos Aires was coming to an end. Boo hoo! 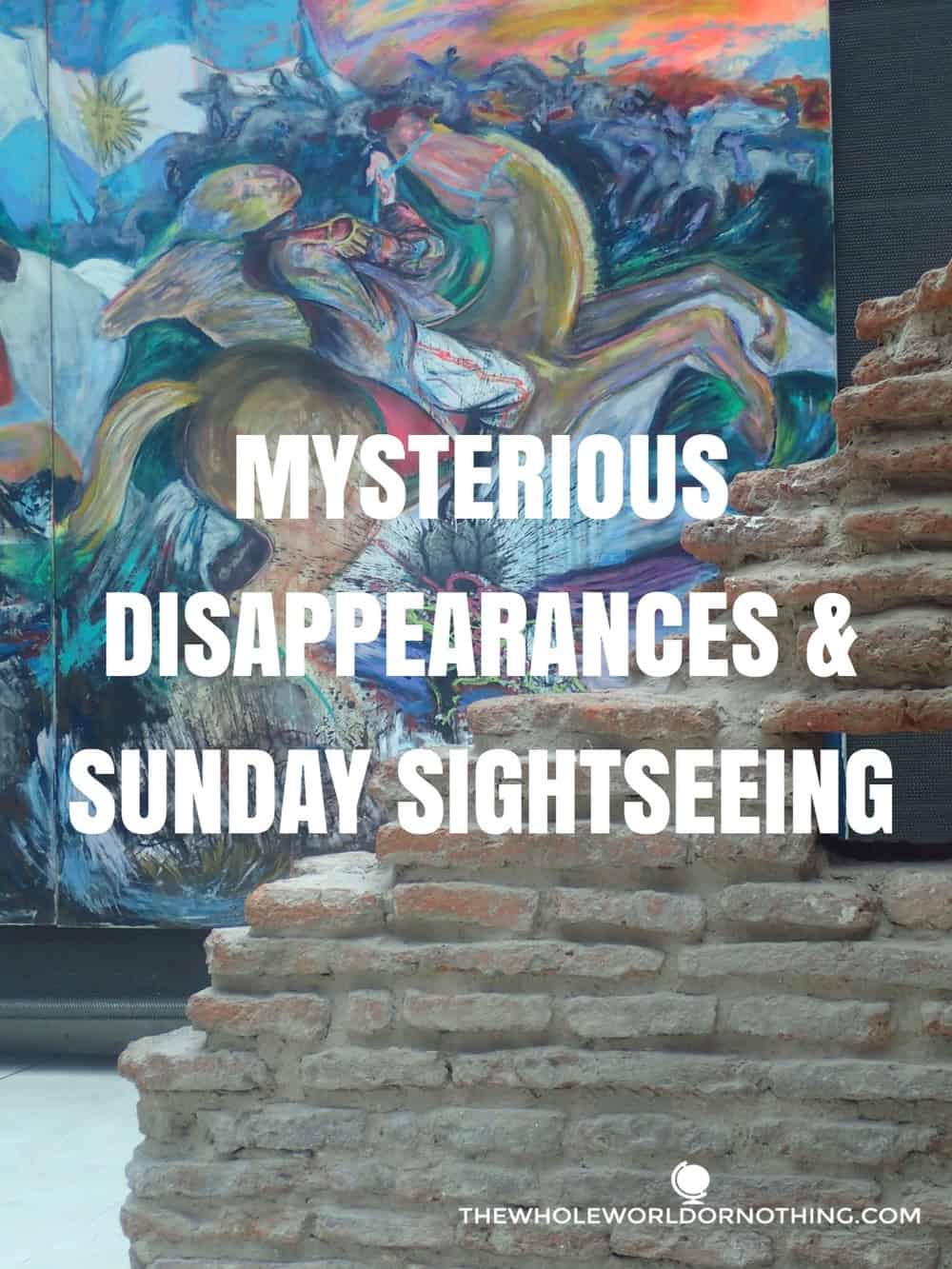 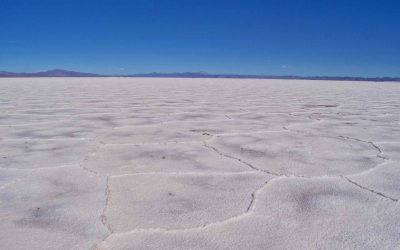 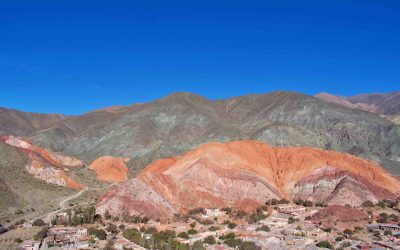 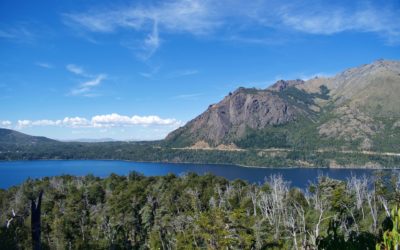