It’s rude to stare. But is it racist?

“Fuck off home you nigger”

The sentence chilled me. Time slowed down as I processed the words that had just been spat in my direction, outside a football ground in the north of England. Despite it happening over ten years ago I remember it vividly.

It made me cry.

Not in the heat of the moment as I was being restrained from reacting by the friends I was with, but the next day when I was alone, back in the flat that I did call home at the time, just a couple of miles from where the incident occurred. It really affected me. It made me, a born and bred Londoner, question where my home really was. That’s how subversive racism can be.

Before we set off travelling, something that cropped up in many a conversation with friends and family was how people in the places we were visiting would react to my skin colour. Various friends who had been, said that in rural China I could expect to constantly be stared at, have lots of photos taken of me, probably even have people trying to touch my skin or hair. The same would also go for Sarah, being very fair skinned and blue eyed. We were warned to expect potentially even more extreme reactions in India. No one mentioned South America. 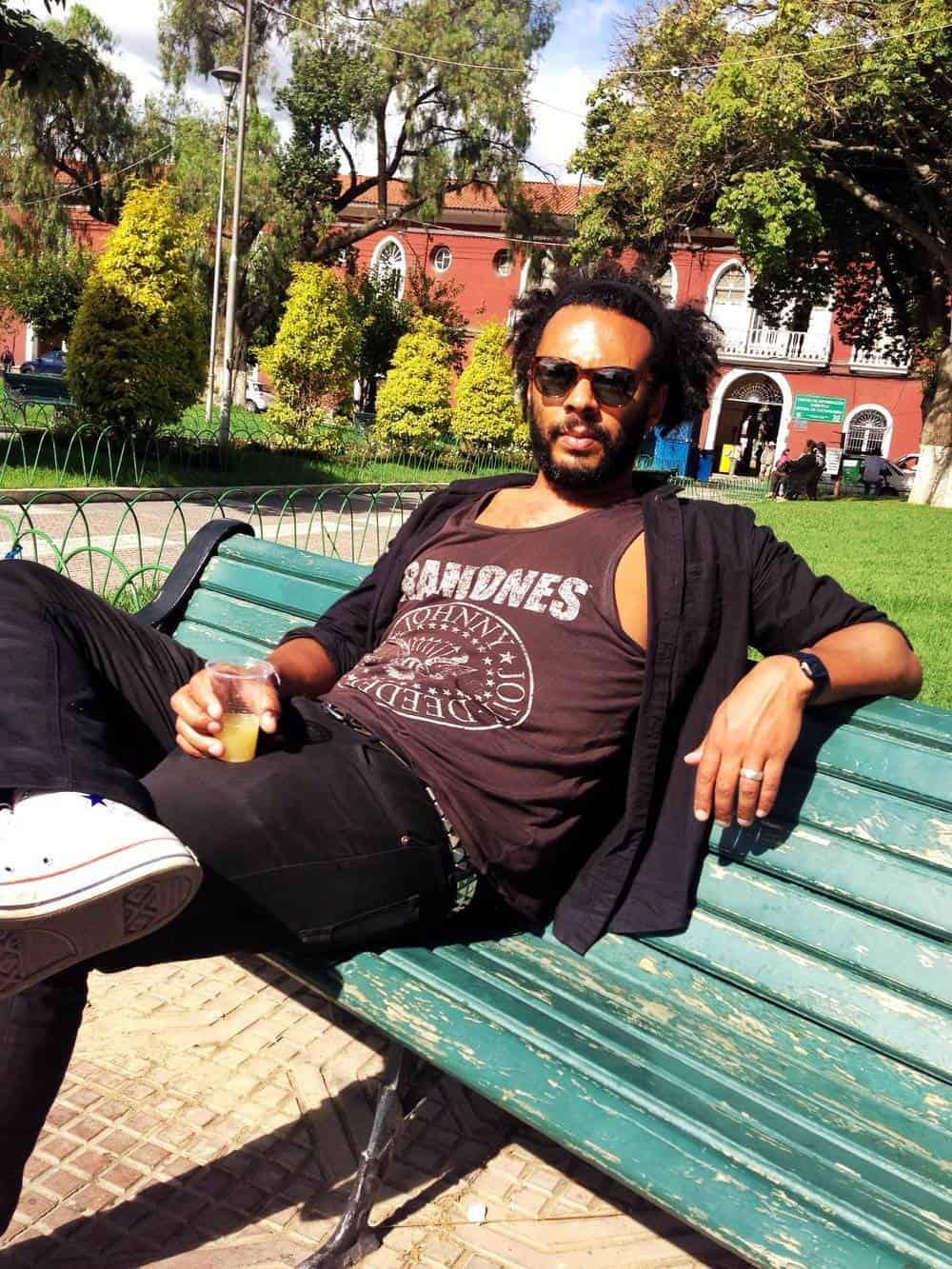 Whilst we were in Argentina, Uruguay, Brazil and Chile we had no issues, but as soon as we arrived in La Paz, Bolivia’s bustling, frenetic capital things began to change. I noticed that people were looking at me. Really staring. At first I became self conscious – were my flies undone? Had a bird shat on my shoulder? But after the first few times it happened there was no mistaking it, they were staring at me because of my skin colour.

People would literally stop in their tracks and keep a constant fixed gaze as I walked past them just a foot away. One taxi driver almost crashed his car as he did a double take, mouth agog his chin on his chest as though I’d just stepped out of a UFO that had crash landed in the middle of the road in front of him. Whilst it made me uncomfortable at first, I began to get used to it. People staring at me doesn’t offend me in itself, we’ve all been guilty of looking a little longer than we should at something we’re not used to seeing. But when we arrived in Peru things reached a whole new level.

I’d thought that the attention would calm down in Cusco as it’s a huge Mecca for tourists from all over the world, coming to visit the spectacular remains of the epicentre of the former Inca empire. The opposite happened. On our first day there we went to the central market to get some lunch, as we were walking around choosing which stall to eat at, a young child of around 5 or 6 began laughing, poking his mum in her side shouting “mira mira” whilst vigorously pointing in my direction.

His mum and the rest of the 6 strong family all turned and looked in apparent disbelief and amusement as I approached. In retaliation, I summoned my inner gruffalo, walked towards their table with my arms raised above my head, eyes wide open and loudly said “boo”. It had the desired effect, the children cowered, giggling uncontrollably whilst the parents smiled broadly. I did this to diffuse what was becoming a potentially uncomfortable situation for me, to make my tomfoolery the centre of their attention rather than my appearance.

As we come to the end of our time in South America, I feel like we’ve seen and experienced the very best of the continent. In each country we have met kind, gracious and generous people who have really made our journey a special one. As we move on to China and beyond, based on the experiences we have already had, I’m not afraid of what reactions might await us, but excited for what lies ahead.

I’ll leave you with this to think about. It’s rude to stare. But is it racist?