Is travelling making me angry?

I’m generally a very level headed, calm and easy going person. My mum used to say that if I was any more laid back I’d be horizontal. When we set off on our travels, friends and family kept telling us that it would change us, and I guess that’s one of the wonderful inevitabilities of seeing and experiencing different cultures. But following a few fracas’ that have occurred since we’ve been on the road, I’m starting to wonder; is travelling making me angry? 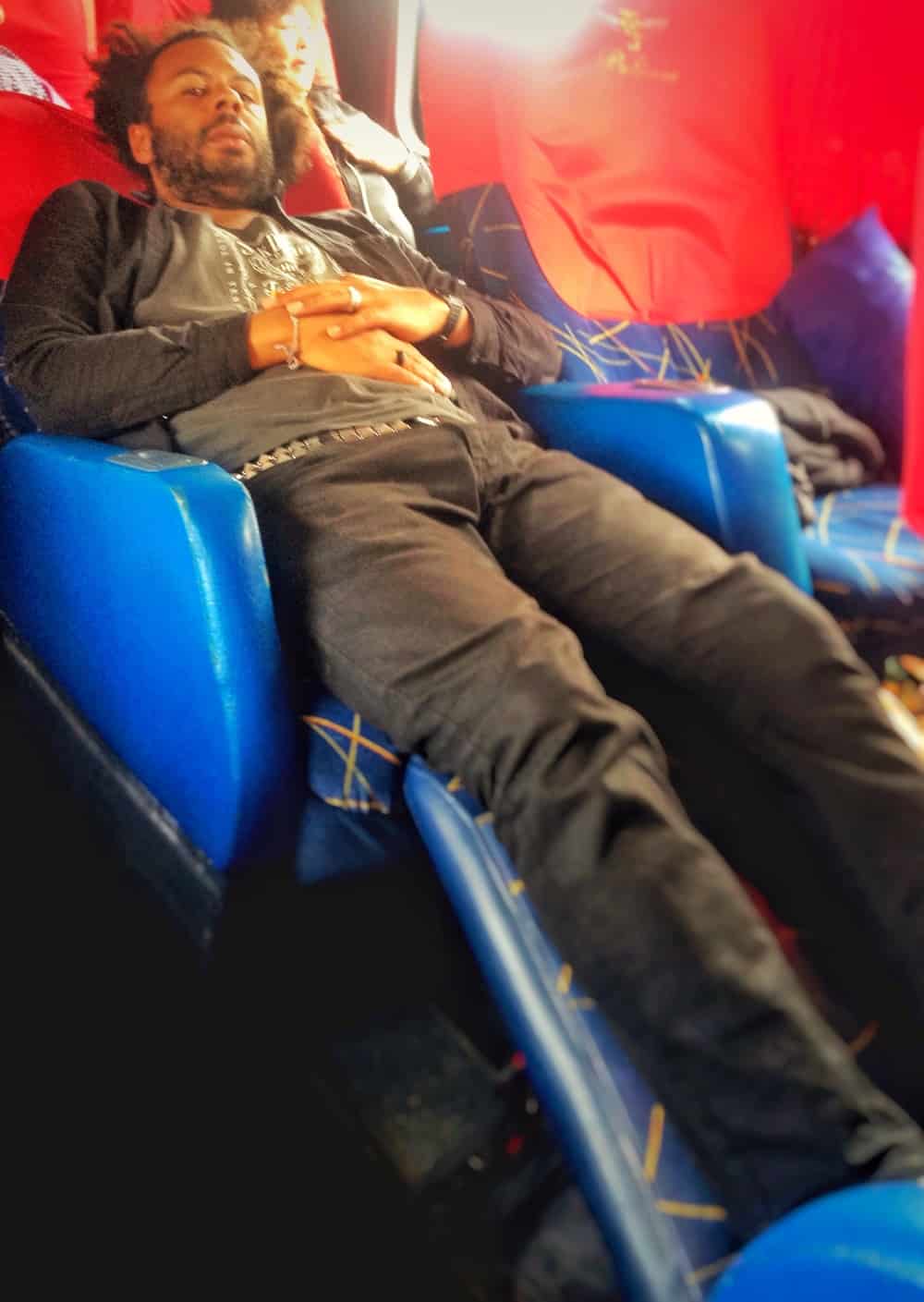 We’d been told about an amazing bus company in Peru that had beautiful coaches with individual TVs on the back of each seat, good food and the holy grail of coach travel, seats that reclined 160 degrees. We’d had some terrible bus journeys of late so decided to stump up the extra cash to experience some of this luxury. We got on the bus, I made myself comfortable (keeping my shoes on) and began what turned into a 7 film medley.

Midway through film two, I decided to get a little more comfortable and recline my chair the full 160. No sooner had I done this than I was repeatedly thrown violently forward and backwards. Was my chair malfunctioning? No. Had we crashed?! No. I turned round to see a gesticulating, red faced man angrily kicking my chair. Not wanting to escalate what had already become a scene, I relented for an hour or so and put my seat forward again. But my blood began to boil, my ears started to burn, an unfamiliar feeling for me.

Angrily I thought to myself “No! I specifically booked this bus so I could recline my seat precisely 160 degrees, they’re designed for customers to do just that and allow plenty of leg room as well, he will have to lump it”. I reclined my seat again and an argument ensued where he threatened to call the police. I urged him to do just that, chuckling to myself at what the emergency services would make of the call. To cut a long story short, this chap would kick my chair at regular intervals throughout the journey to make his displeasure known, each time increasing the inner rage I was experiencing. He ruined what should have been an enjoyable bus journey. 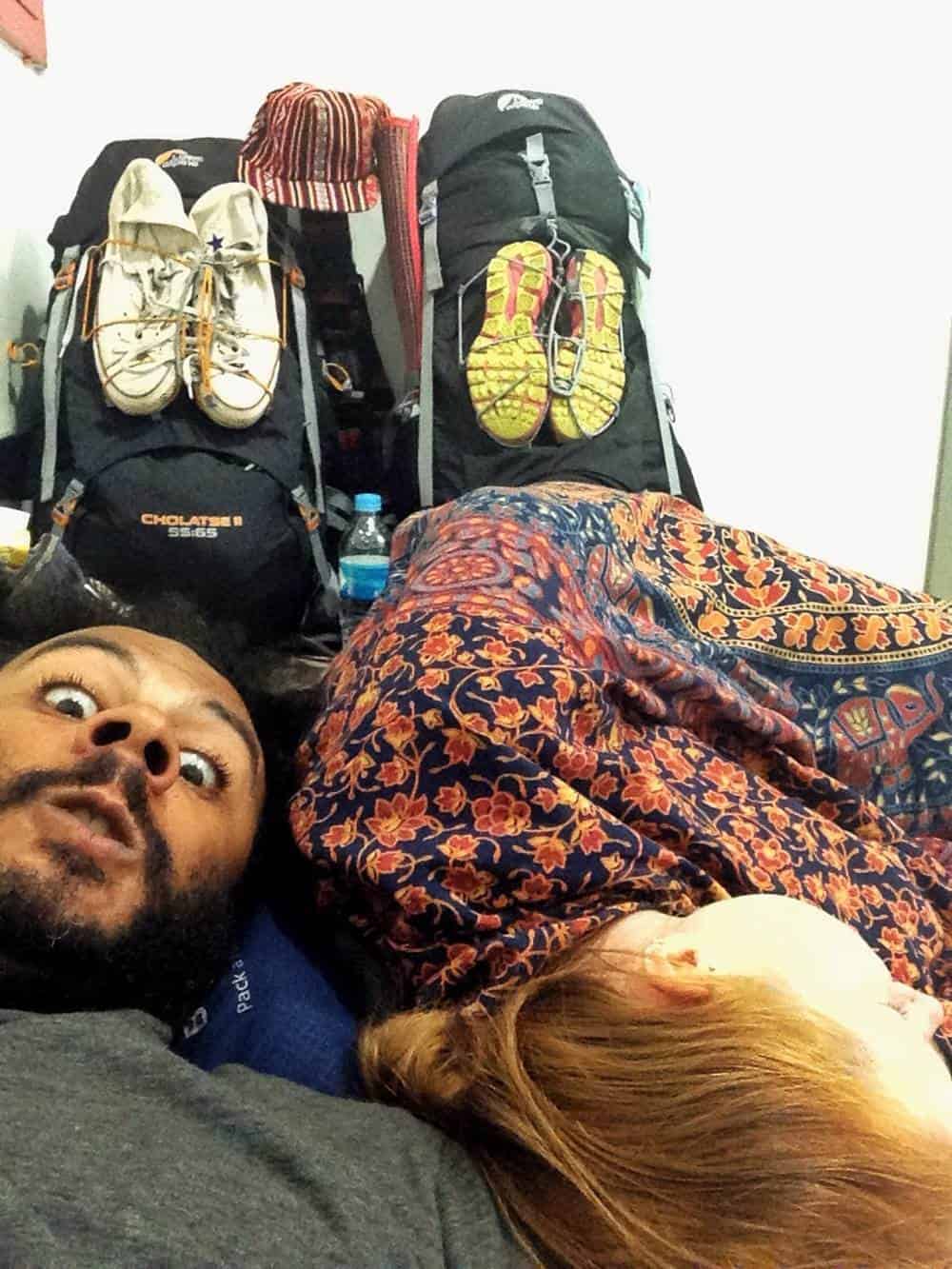 Fly from Lima to Bogota, catch another flight from Bogota to the Caribbean coast, leaving enough time in between to account for any minor delays. That was the plan. We were thwarted at the first hurdle when the initial flight was cancelled an hour before it was due to take off. We would be put on a rearranged flight 24 hours later which meant we had missed our second flight as well. All without a hope of a refund or compensation. 2 nights spent on cold airport floors ensued, accompanied by a number vitriolic tweets to the airline about our poor treatment. 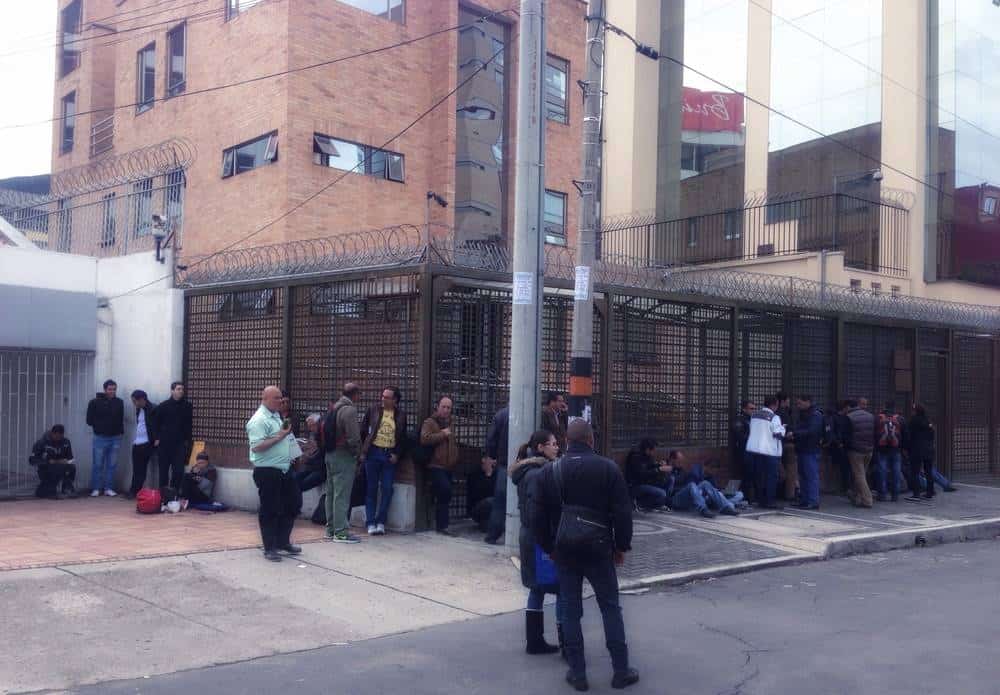 The totally dismal Chinese embassy complete with queue around the block. It makes me angry just seeing the place again.

What a farce. It took us 3 visits and 12 hours of queuing before we were told (shouted at) that we weren’t able to submit an application “no aqui”. We thought the first visit was bad when we were yelled at (mas documentos) before being told to get out by the consulate. On the second attempt we didn’t even make it through the door as they were so slow dealing with the queries.

It was the third effort that really got my goat though, specifically my final interaction with the consulate, a man who instantly wrote himself into the “top 5 rudest people I’ve ever met in my life” list.  He shouted at us in Spanish that we couldn’t understand, and physically did a shooing motion with his hands to signal us to leave his desk without offering a single piece of reasoning as to why we weren’t being allowed to submit our application.

We hung around for a further 45 minutes until another customer who spoke English kindly asked if they could help and found out that foreign citizens are no longer allowed to submit applications outside of their country of residence. Why hadn’t this idiot deigned to proffer this information on our first visit?!

For some reason, there is no sound more irritating to me when I’m trying to catch some zeds, than the rustling of a plastic bag. It’s my sleep kryptonite. I have slept like a baby through huge storms, loud music (I’ve been known to fall asleep in clubs) and huge fireworks displays, but the humble carrier bag disturbs my slumber like nothing else.

Why people insist on packing belongings in their backpacks inside the things is beyond me. Especially when they repeatedly wake me up early in the morning by trying to find something that could have easily been located in the light the previous day. This is less one incident, more a series of disturbances perpetrated by a single lady who I had the displeasure of sharing a dorm with for a few nights.

She was an early riser who kept her clothes and toiletries in plastic bags, and so every morning became the focus of my intense rage. Especially as it took her an age to pick an outfit, all the while rustling away, oblivious to the hole I was trying to bore into the back of her head with my eyes. Once the outfit was chosen, the search for the shower gel and toothbrush began. And then after 15 minutes respite whilst she was in the shower and I was on the cusp of falling asleep again, the putting away would commence. Queue more rustling as she put her things back, presumably into extremely difficult to find corners of various plastic bags.

I’m fully aware that these examples are trivial in the grand scheme of things and don’t amount to actual problems. That said, one thing I have discovered about myself since being away is that no matter where I am in the world, I appear to have an unwavering ability to magnetically attract encounters with annoying, inconsiderate and downright rude people. I’ll need a holiday soon to escape all of this madness. Perhaps a yoga retreat will do the trick.

Have you experienced bone tingling rage whilst travelling? What’s the worst thing that’s happened to you?