Is this the kindest kid in China?

Sometimes things happen that take you by surprise, make you want to be a better person and give you a bit of hope for the future. On our way to visit the Great Wall we had one of those experiences… 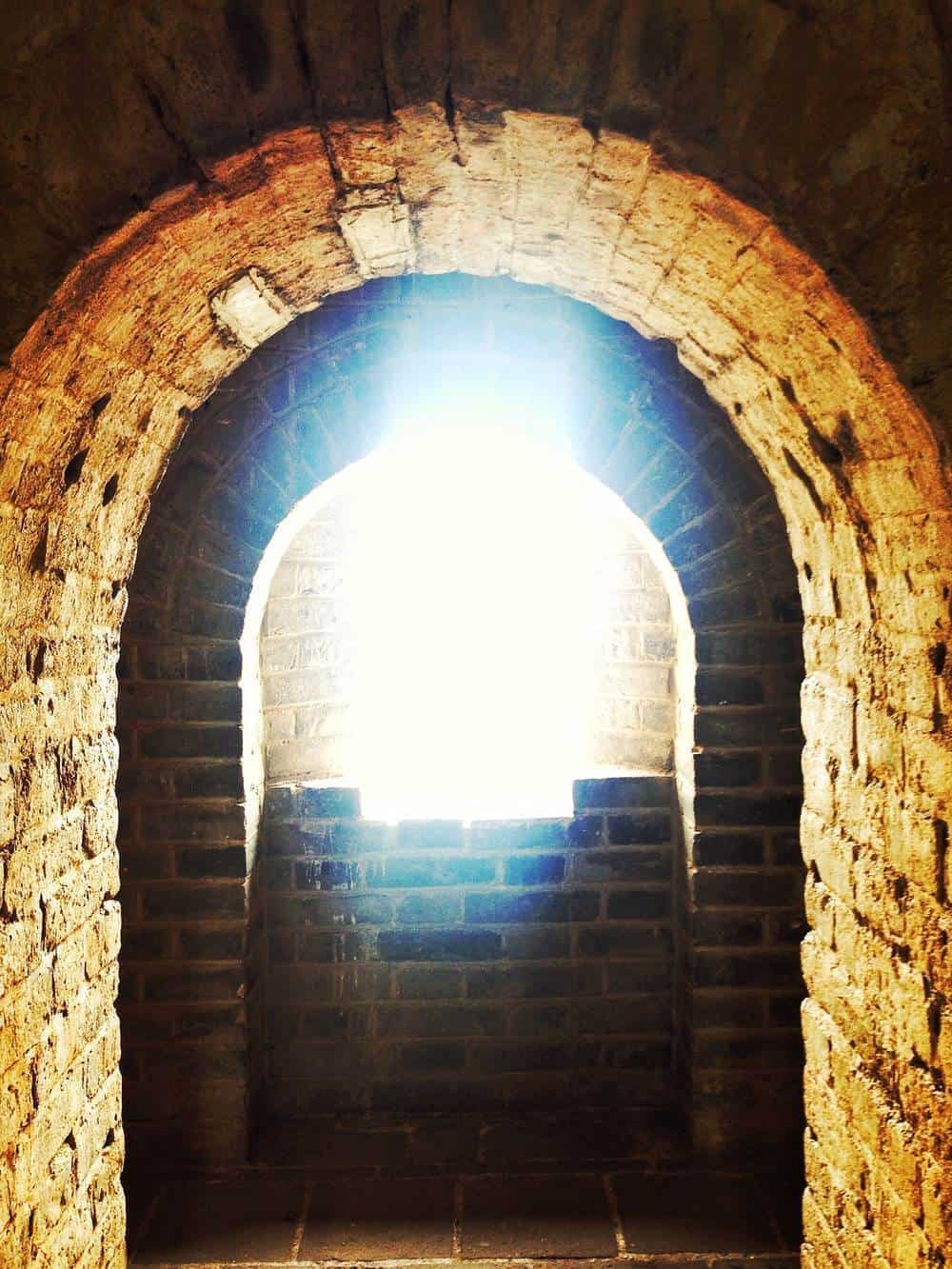 Journey to the Great Wall

I’d read up on how to get there by bus as we like to do our sightseeing as independently as possible.

It saves money and it also gives you a real sense of achievement when you manage to navigate your way on local transport using only limited language skills and the wings on the seat of your pants.

This one seemed relatively easy – take the metro to Dongzhimen bus stop, get the 916 to Huai Rou Bedajie and then catch another local bus from there to the wall. Simple!

We navigated the metro and found our way onto the 916 bus which would take about 70 minutes, but as we got further out of Beijing the signs at the bus stops were no longer written in English.

How would we know where to get off?! The panic began to set in as we heatedly “discussed” what we were going to do, then all of a sudden we saw a road sign that said Huai Rou – wahey, we were at least in the right town!

After we’d pulled into the next bus stop, a helpful guy tapped us on the shoulder and told us this is where we should get off for the Great Wall so we grabbed our bags and jumped off in a hurry.

It felt wrong immediately and quite often your gut is a good instinct to rely on when travelling.

The helpful guy who’d told us to get off turned out to be a taxi driver who had gotten in the back door of the bus to tout for tourists, we later found out this is a common scam on this route to the Wall – taxi driver waits at bus stop in the middle of nowhere, hops on the bus and tells tourist that it’s their stop, taxi driver then charges extortionate price to take tourist the rest of the way.

He proceeded to tell us that the bus we needed only ran in the morning and we would have to go with him. I told him what I thought of this idea as I felt my anger rising to new levels, and said to Sarah that I’d rather spend the rest of the day walking and not see the Wall than get in his cab.

So we started to concoct a plan B – if we walked along the bus route then we would eventually come to the correct bus stop, we already knew we were in the right town so it shouldn’t take too long.

40 minutes later we were still walking and starting to get the impression that Huai Rou was much bigger than we’d imagined.

We walked past an elderly couple who smiled at us and loudly said “Hello” in English, so Sarah took the opportunity to ask them if they knew where the bus stop we needed was.

Turned out Hello was the only word of English they knew, but being eager to help they called over some local school kids of about 15 whose English was far better. And that’s when we met Kevin.

We Need to Talk About Kevin

After about 10 minutes of discussions between the couple and the kids, Kevin told us they had ordered a cab and that it would be the best way to get there.

We didn’t want to take a cab, especially as we’d already seen the prices they were charging and I had visions of the scam artist who had gotten us off the bus pulling in to pick us up with a smirk on his face.

But despite our protests, Kevin insisted, and when the cab rolled up, bizarrely he got in it with us!

Following on from what had just happened our guard was up, but what harm could a 15 year old schoolboy in uniform have in mind?! 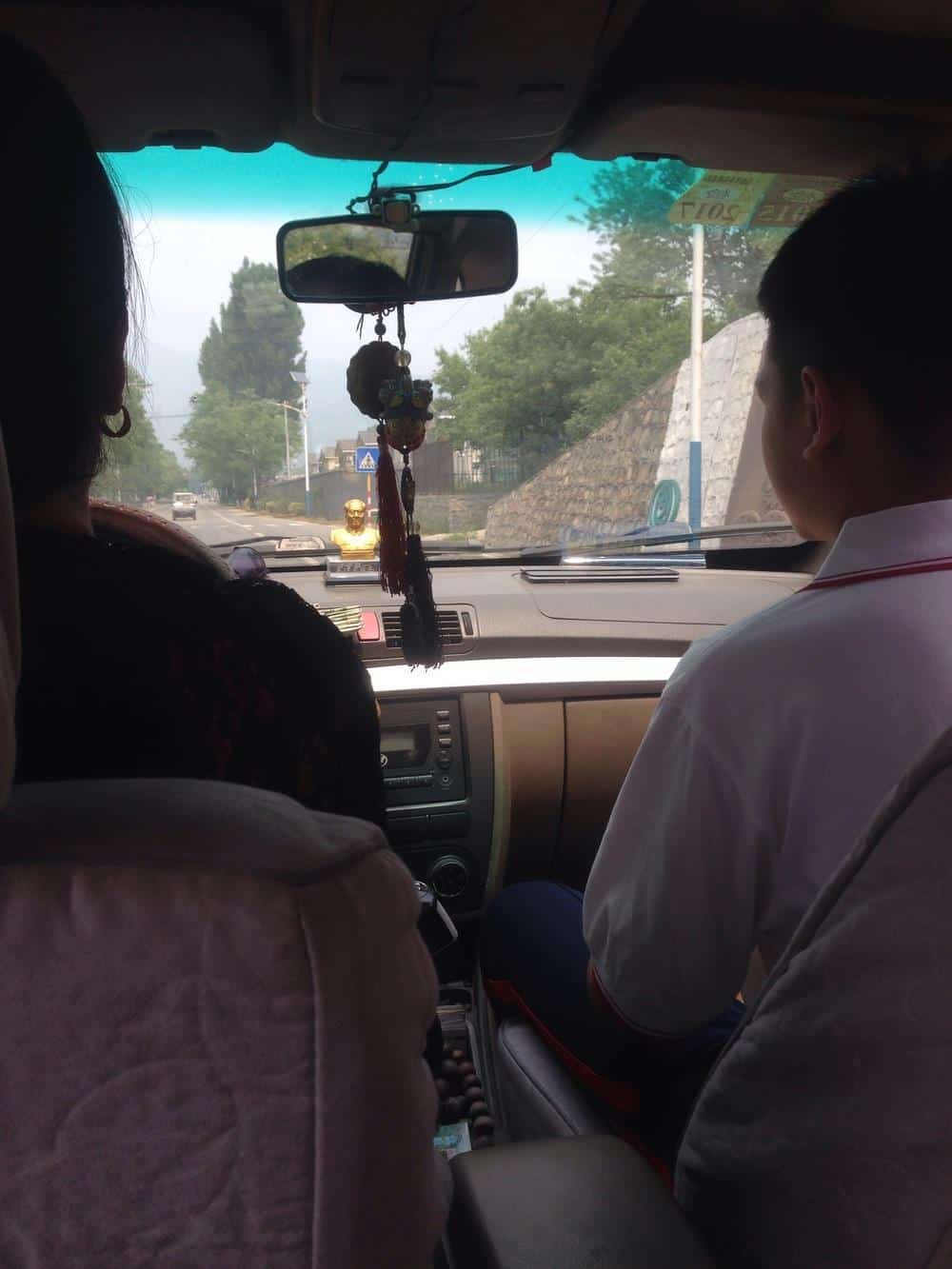 The cab ride with Kevin

Kevin chatted to us for the entire 25 minute journey in perfect English, telling us how beautiful the Wall was and that he’d been to this section 3 times.

When we eventually arrived, he got out with us and led us to the ticket booth where he helped us to order our tickets to make sure we bought the right ones.

As if this wasn’t enough, he walked us all the way to the gates where we would catch the shuttle bus to the bottom of the wall, a further ten minutes.

We tried to give him some money for both the cab journey and his troubles but he refused to accept a penny from us saying “It’s my pleasure, I have money, enjoy yourselves”. Stunned, we asked if we could have a photo with him, shook his hand and thanked him.

And then he was gone.

We looked at each other for a while, slightly puzzled by what had just occurred. This is one of the nicest things that anybody has done for us whilst we’ve been travelling, and there are plenty to choose from.

But when you add into the mix that this was a 15 year old kid on his lunch break from school, it was truly humbling.

Would we have done the same if we were at home and a tourist was trying to make their way somewhere? Probably not. Who am I kidding, definitely not.

But I am going to try and be more like Kevin in the future – friendly, generous and selfless. His kindness and the feeling it left us with made our visit to the amazing Great Wall of China even more special. 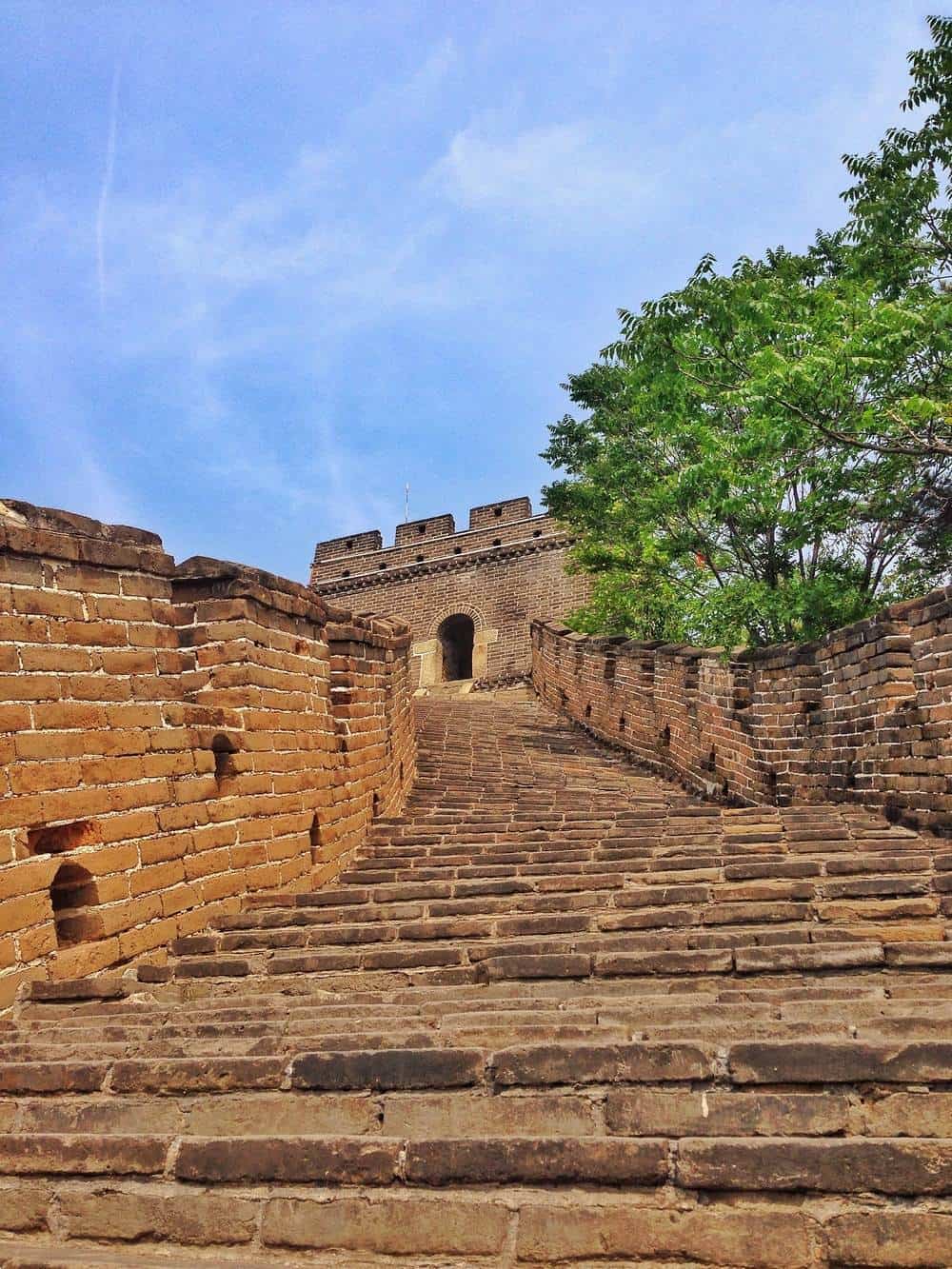 Thanks to Kevin we got to see this

Have you ever fallen for a common scam? What’s the kindest thing someone has done for you whilst you’ve been travelling? 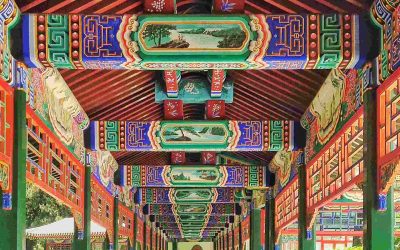 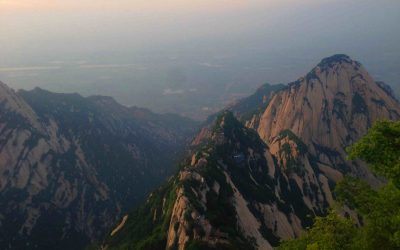 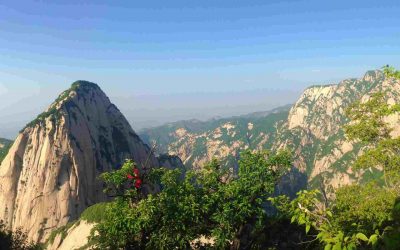 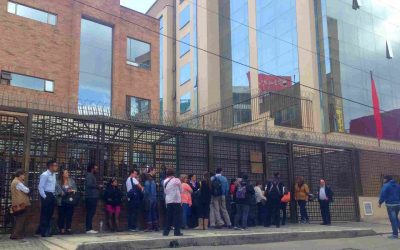