‘Where are you from?’ she asked. ‘England’ I replied.

‘England’ she repeated, a wave of concentration crossing her face as she struggled to place it.
‘Yes, England…London’ I clarified.

‘I’m sorry’ she said, her expression moving from blank to curious, ‘I don’t know where that is’.

This was part of a genuine conversation I had with a young girl in Lao, which you may think odd given she was speaking English. But more about that later. I liked her immediately. 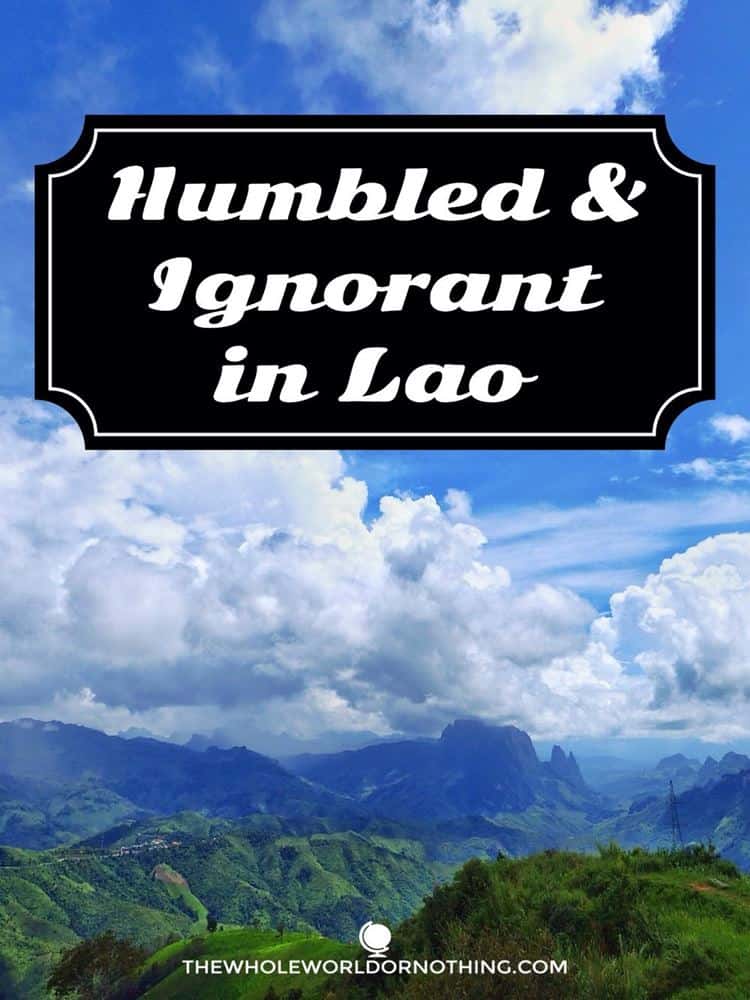 You see, being a British traveller often comes with certain predilections.

Many people are envious of the opportunities we have, some are confused about why we would quit our jobs and leave such a ‘fantastic’ country. And I hate it. It has the effect of making me feel both ungrateful and embarrassed. Ungrateful because of the automatic privalidges that come with my nationality. Embarrassed because of my country’s past actions sculpturing how powerful it is as a nation.

But in this moment, with this girl, I was equal.

Not despised, not envied, in her eyes I was just another person and it was such a refreshing feeling.

Unfortunately having lived most of my life in Britain I don’t doubt for one second some people, whether they care to admit it or not, would have been on some level affronted by the exchange. 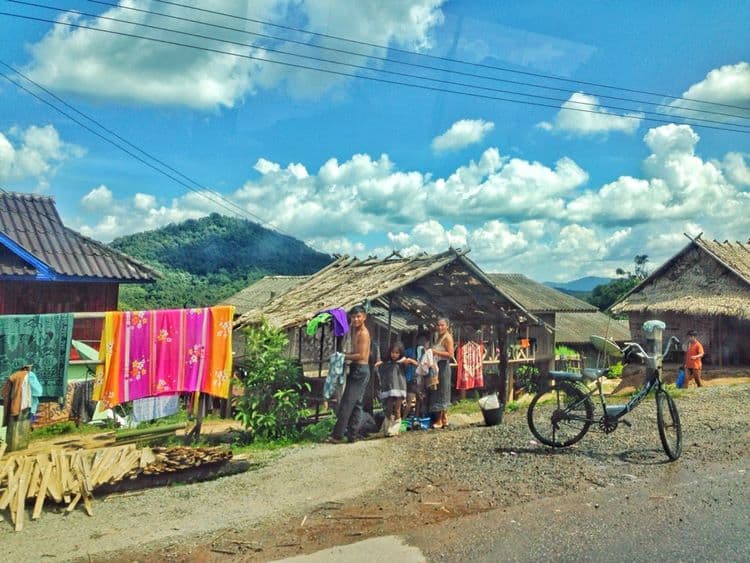 As for why she didn’t know where England was isn’t so much of a surprise when you consider the history of Lao. You see, for once it wasn’t a country that was colonised by the greedy English back in the day. Instead it was the French that got all up in the country’s business. Wandering around the capital of Vientiane one of the first things you will notice is the French architectural styles, French language and French eating habits have left their mark in the city to this day. 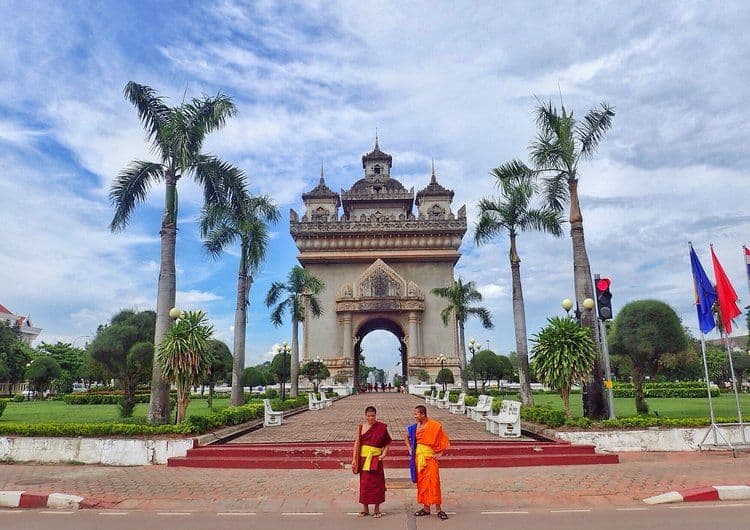 Patouxai on Lane Xang Avenue in the capital city of Vientiene.

French colonial history runs throughout modern day life in Lao, with baguettes and crossiants being sold on streets labelled with the prefix of ‘Rue’. Whilst the architecture is without a doubt beautiful and the baked goods a delicious surprise, it never fails to bewilder me how another country could think it had the authority to just come in and start dictating on another country’s way of life.

As a legacy of the French occupation many elders in Lao communities also speak French as well as Lao. But this is now fading to a second language within the country as younger generations favour learning the more universal English language.

Whilst practicing English conversation with a young Laotian monk during our stay there I asked him whether he was taught any other languages at school and he was baffled as to why that would even be an educational consideration. With many powerful English speaking countries surrounding Lao, e.g. Singapore, being able to speak English opens doors for many of the youth in Lao. 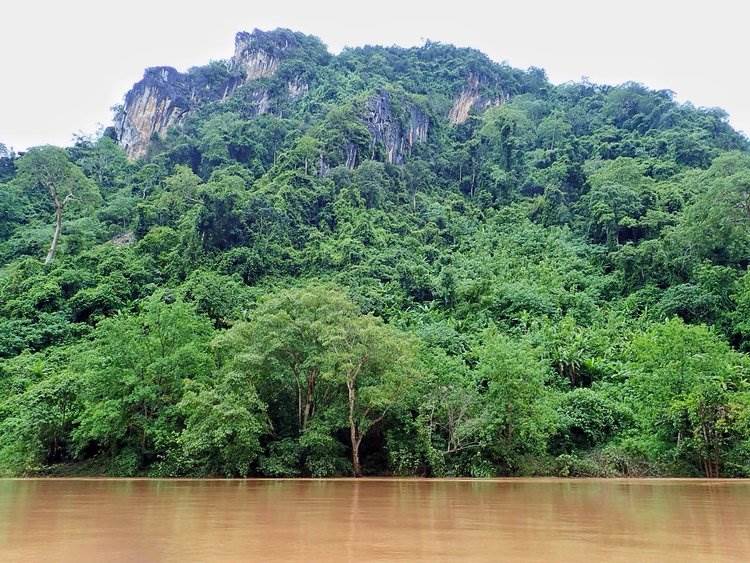 You may also be wondering if I have made a mistake in how I am spelling Lao, but I have not. It’s deliberate, for the spelling ‘Laos’ only came about because the French incredulously decided to add an ‘s’ on for their preference.

Regaining its independence in 1953 most signage and advertisements within the country read Lao. Now I’m not meaning to beat on France specifically here, given their reputation for colonising it could just as likely have been the British building Big Ben and London Bridge replicas.

Before I travelled I didn’t really have a concept of how colonisation has affected the lives of individual people on such a mass scale. Of course I am responsible for educating myself  and so I too am to blame, but it’s not something that I remember being taught at school.

Neither was the personal impact of the atrocities of war. Completely unaware that Lao is the most heavily bombed country in history is a perfect example of this and why travelling there made me feel quite ignorant. 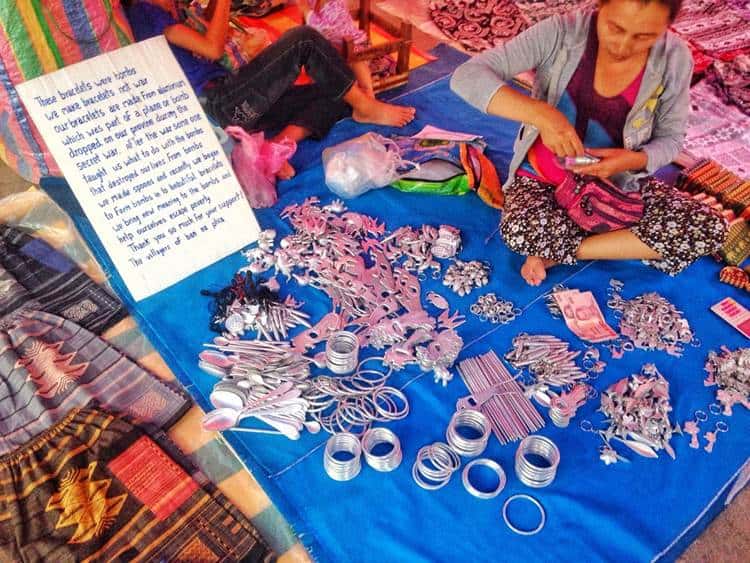 Tourist souvenirs made from bombs being sold in Luang Prabang market.

I had absolutely no knowledge of the ‘bombies’ (as they are known locally) that litter the length of the eastern Lao countryside. Millions of unexploded cluster bombs dropped by the USA and its allies during the Vietnam war have continued to maim and disfigure over 50,000 Laotian people to this day.

With around 500 new victims per year, many are farmers tending to crops but many are also scrap metal collectors. In such a poor country, outside the capital of Vientiane, the money that can be earned from these activities, for many outweighs the risks of a bomb exploding in your face. Development of the country in terms of constructions of roads, schools and hospitals is completely hampered by the bomb contaminated land.

This is the legacy the country has been left with by that war.

In the COPE visitor centre in Vientiane, a fabulous charity that helps rebuild lives by providing prosthetics and psychological support for those who can’t afford to pay, we heard some truly horrifying accounts. A 6 year old boy’s family tell of their son trying to emulate the adults collecting ‘bombie’ casings for scrap metal.

But innocently picking up a live bomb, it resulted in anguish as his parents frantically rushed from hospital to hospital to try and find one that had blood and oxygen to save his little life. Distressingly they couldn’t find one and so he was just brought home to die. Such a tragic and unfortunately all too common story. 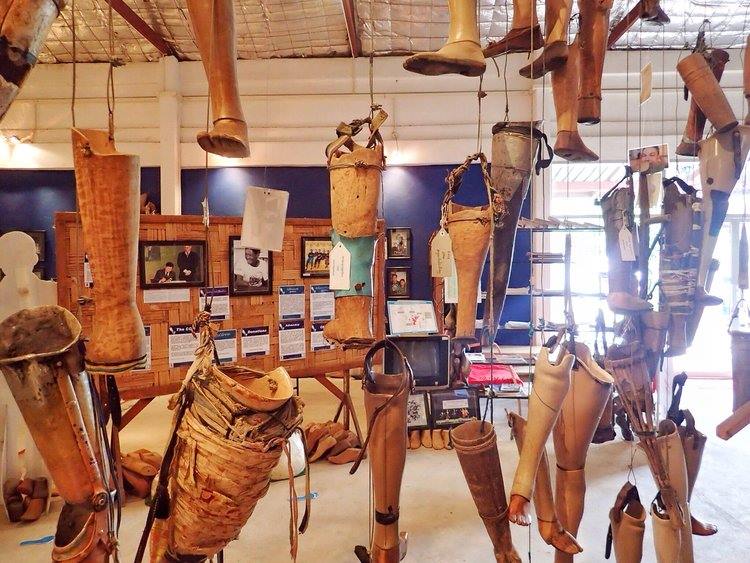 Prosthetics at the COPE centre.

Based on USA intelligence data, it has been estimated that on average a bomb was dropped every 8 minutes, 24 hours a day for 9 years over Lao.

And what’s more due to stock piling of ammunition, concentrations of bombs were sickeningly dropped as the war was ending just so they could be disposed of. I have no words for this frightening disregard for life. Lao is not alone in its plight, these types of bombs have been dropped in many other countries.

All too late for millions of civilian casualties, eventually an international treaty was signed in 2008 by more than 100 countries including Britain to surrender use of this type of barbaric warfare and take some responsibility for clearing up the contamination.

However at the current rate of clearance it will take two millennia for Lao to be ‘bombie’ free.

Worryingly and rather disgustingly in my opinion, the agreement was opposed by a number of countries who still produce and stockpile significant quantities of cluster bombs, including China, Russia, India, Israel, Pakistan, Brazil and the USA. 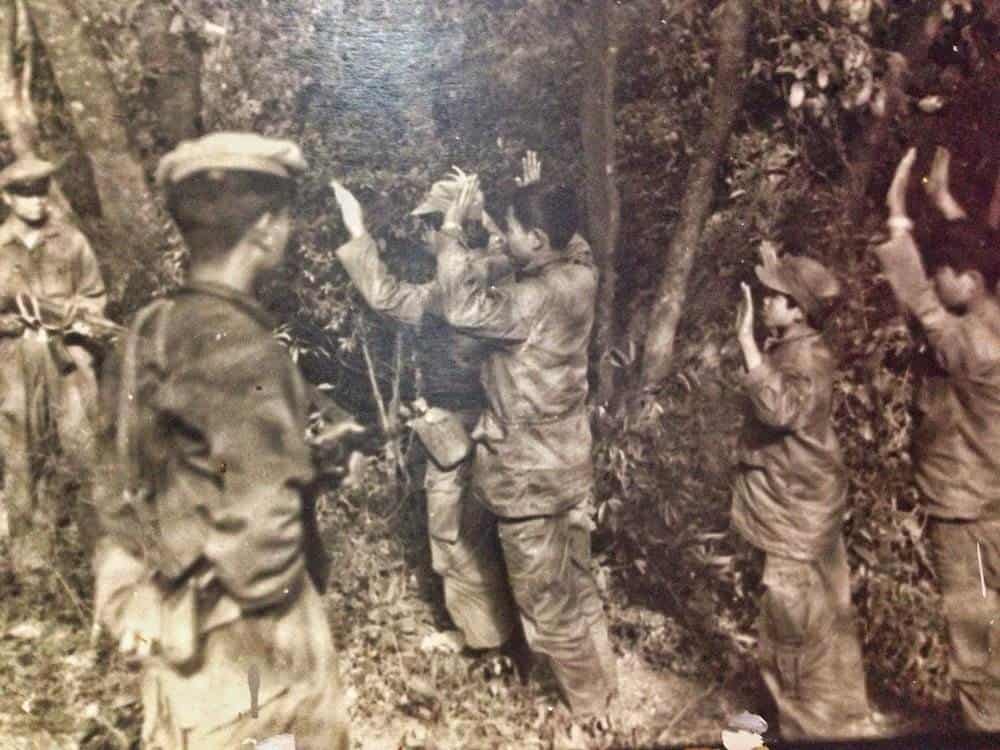 Too much suffering at the Lao History Museum in Vientiene.

War has such grotesquely ugly consequences the world over.

And much of the time it boils down to a person or groups of people thinking they are superior to others in some way, shape or form.

If only we could view each other simply as human beings without any filters and make one another feel as the young Laotian girl innocently did me, equal. 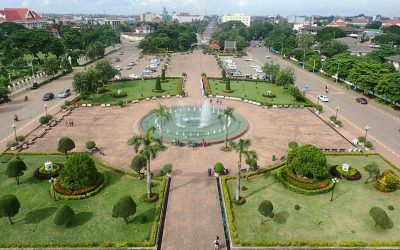 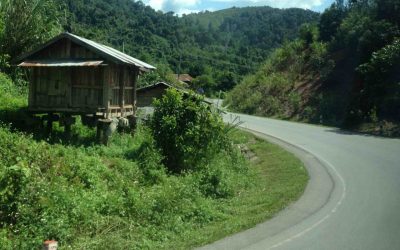 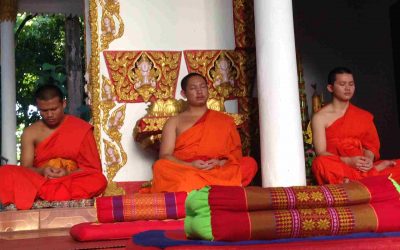