It’s fair to say that neither of us have ever been health and fitness freaks. Yeah we’d played some organised sports in the past like football (James) and roller derby (Sarah), but that’s because we enjoyed the games, not so much the physical exertion part. We’ve never been gym rats, we’ve never had a regular workout routine, and truthfully, we’ve never been that concerned about it.

Over the past 6 months things have been different. We now exercise regularly, we eat better and we drink less. It’s still a work in progress, but we’re certainly on the right track and we’ve seen a difference in everything from how alert we feel in the mornings to our changing body shapes.

While we were back in England at the beginning of 2016, a few things happened that gave us a bit of a jolt to change our ways.

The most embarrassing came when we were playing touch rugby with our, at the time, 8 year old nephew in the park. He ran rings around us and left us both gasping for breath, flailing hopelessly on the grass after just a couple of minutes. This would have been humiliating were it not for the fact that we were still able to use our considerable bulk to eventually overpower him. Uncle and aunty privileges.

We had planned to walk the 100 mile West Highland Way as a team, but thanks to a painful knee injury, ended up with just one of us finishing. Though injuries occur and they’re not always avoidable, they’re certainly more likely to happen to a person with lower fitness levels. We’ve got a few physical challenges on our bucket list, many of which are long 100+ mile walks and a strong body is key to us being able to complete them. 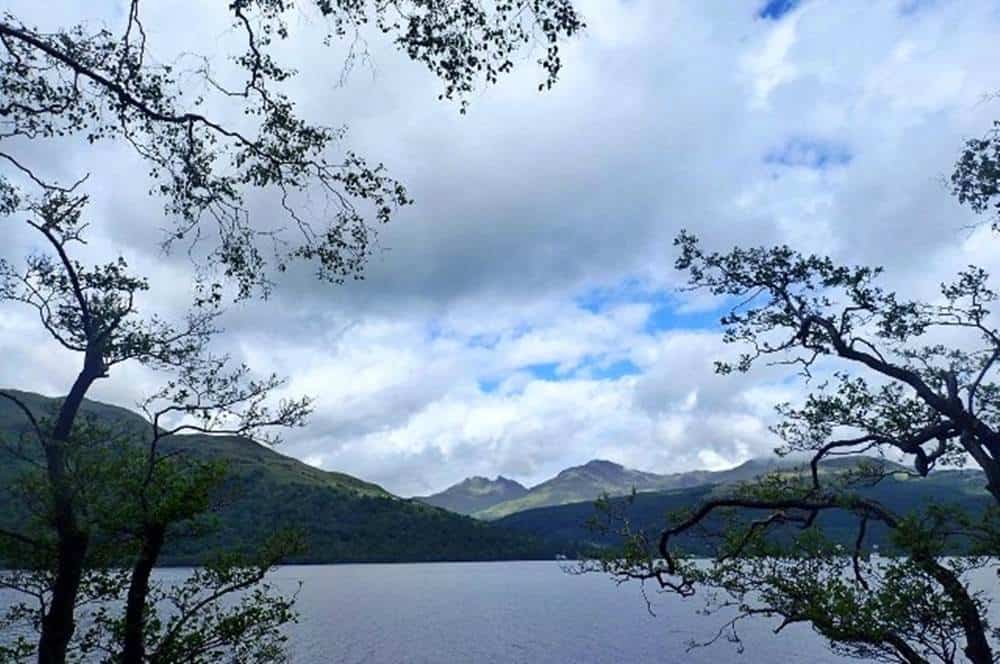 More seriously there were some potentially hereditary health concerns that cropped up out of the blue and really turned our heads.

So we decided to do something about it. Not just for a few weeks, not a faddy diet, not a get fit quick scheme, but a complete lifestyle change. Forever.

Without the pressure of setting goals like aiming for the perfect holiday bod for summer or planning to run a marathon in 12 weeks, we’ve managed to make what feels like a permanent change. And because it’s a forever thing it doesn’t matter if we miss a session or have a few days where we overindulge. We’ve got the rest of our lives to get it right. Here’s how it happened. 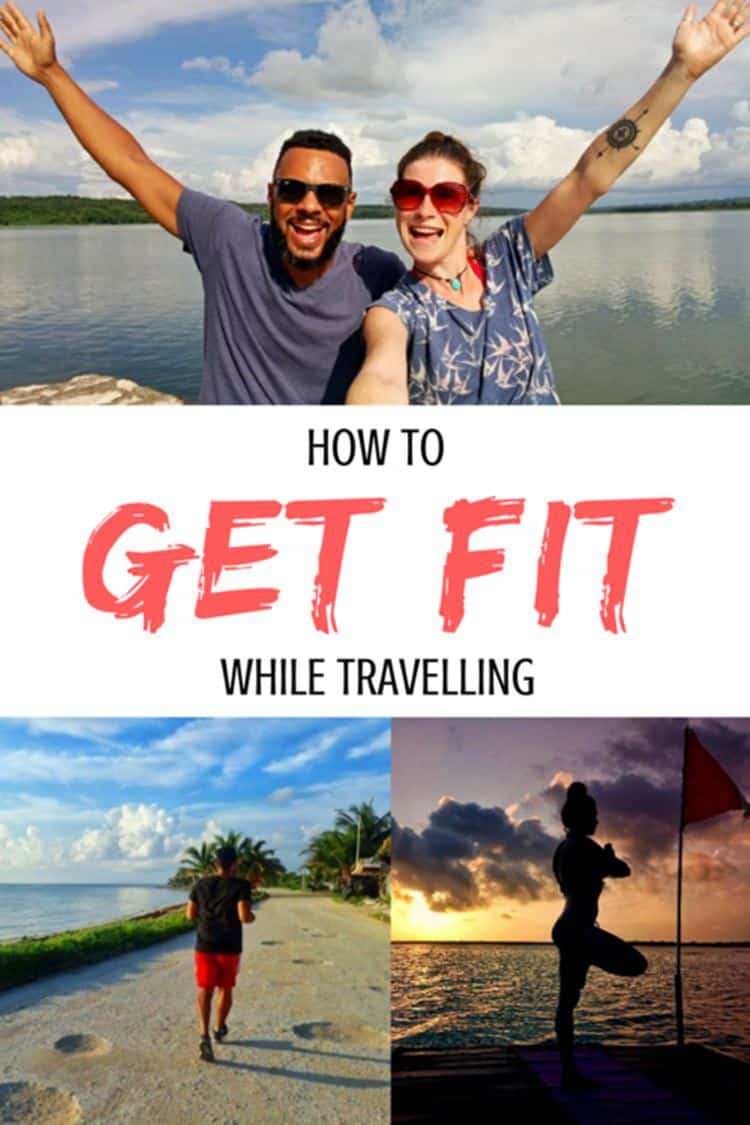 We began running in Mexico City in August. I say running, it was closer to waddling at somewhere just above walking pace. That kind of semi trot that people do when they’re pretending to pedal their arms and legs faster while actually moving at exactly the same speed they walk at. The dad run. After just 10 minutes of this we were sweaty, broken, emotional messes.

But we persevered and just a few months later we were running 5k a few times a week with a longer 10k run thrown in when we fancied it. It’s gone from being something we hated with a passion to something we enjoy doing most days. 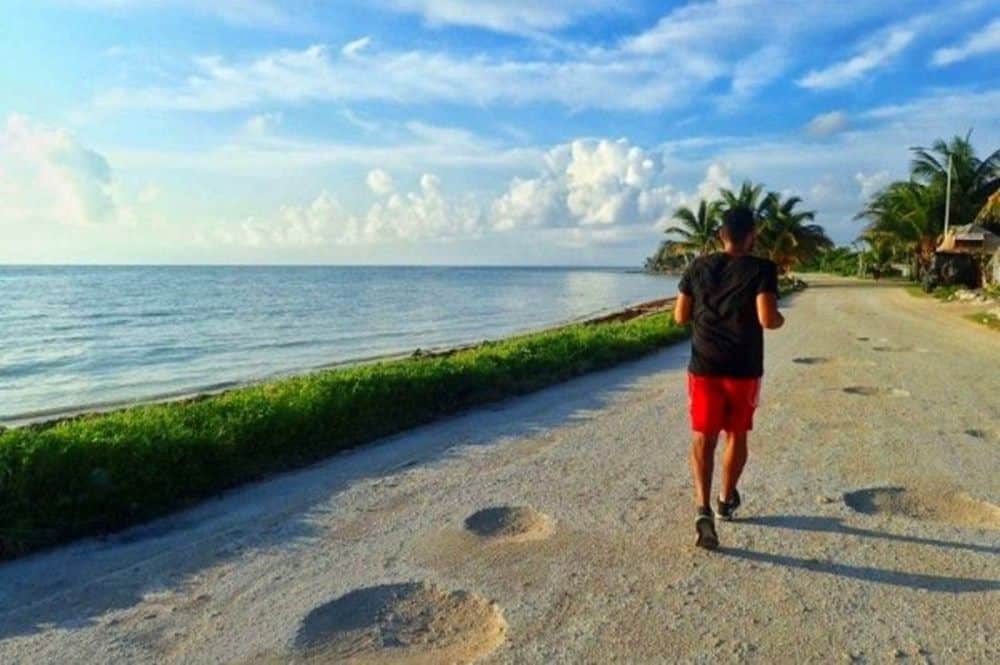 Don’t get me wrong, it’s not been as easy as it may sound. Both of us have always hated running for running’s sake. Pounding the pavement for mile after mile seemed like a boring waste of time that could be better spent doing a million and one other things. And in some ways that attitude hasn’t changed, in as much as we still think boring surroundings make for a boring run. But travelling actually makes it far easier.

The scenery is constantly changing with each new place we visit which keeps it interesting. Hitting the trail in palm tree lined parks or barefoot on sandy beaches is far more appealing than scurrying around the cracked pavements and grey buildings we were used to.

The weather, which was always an easy out in England, is no longer available as an excuse. We’re sun seekers and try as much as possible to avoid cold locations, so the the threat of a downpour or a chill in the air is rarely there to stop us from hauling our asses out of bed for a jog.

We also start work at whatever time we want so it’s impossible to fool ourselves into thinking that we’re just too busy. We tend to exercise first thing in the morning as the sun is rising, a time we now think is the most beautiful of the day. 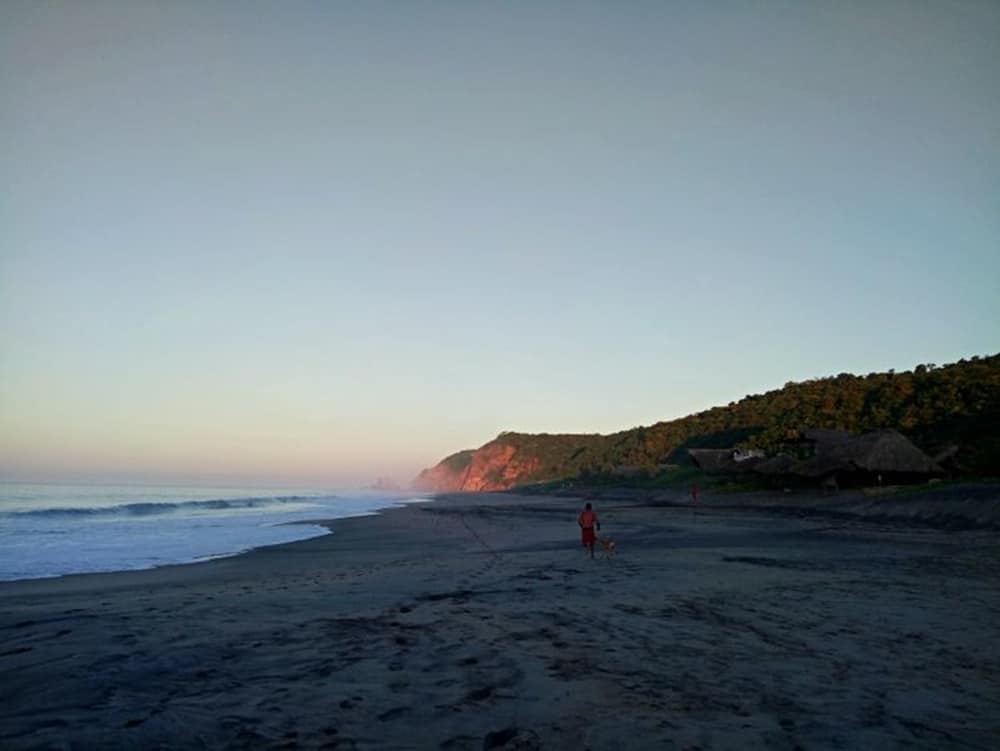 If you’re interested in taking up running yourself there are a couple of resources we found really inspirational.

The first is a book called Born to Run, which is a great read even if you never want to lace up a pair of running shoes in your life, but has added significance if you’re looking to get started.

We also love, love, love Lauren Fleshman’s advice, particularly this post about why the 5k is the best distance to run (it’s true, you don’t need to run a marathon to class yourself as a runner). Despite being a world class athlete, Lauren’s advice is down to earth and her sheer love of running is infectious.

I still have absolutely no idea if that’s a fair assumption or not, because it turns out you can do yoga from the comfort of your own home. And there are so many different forms that no matter what your aims, whether they’re divine or purely physical, you’ll find one that suits your needs.

Sarah has practiced yoga for a good number of years now and has tried, unsuccessfully, to get me into it on numerous occasions during that time. One of the things with starting running is that it’s a shock to your system, so to avoid injuries, particularly early on, it’s important to cross train. Yoga is one of the activities that’s highly recommended to keep your body ready for the rigours of running so I finally relented and agreed to give it a go. 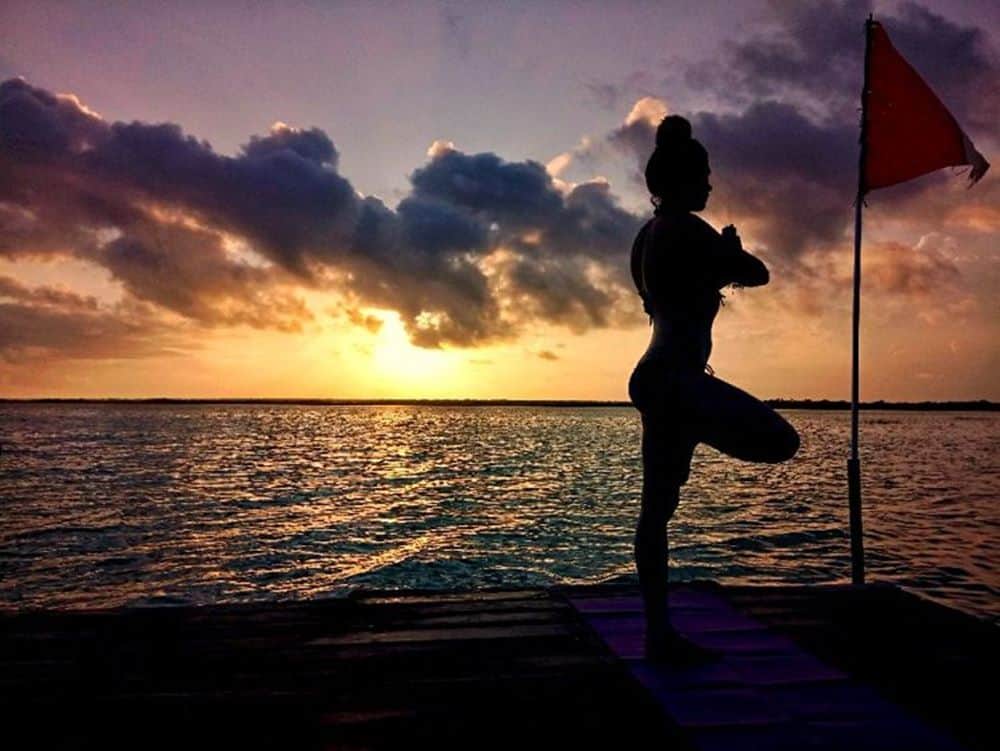 I didn’t have high hopes as I’ve always been extremely inflexible and under the impression that it would take years to see that change.

But within a few weeks something incredible happened. I could bend down and touch my toes, I could get into poses that had seemed physically impossible just a short while before, and after just a half hour session I was feeling revitalised and raring to start the day.

We now do it a few times a week and I’ve started to get to grips with my downward facing dogs and sun salutes under Sarah’s excellent tutelage.

While we’ve never had a terrible diet thanks to always cooking 99% of our meals from scratch using fresh ingredients, it probably wouldn’t be accurate to call it a particularly good diet either. Though it was never KFCs and Maccy Ds day in day out, we also didn’t pay too much attention to the balance of our diet, i.e meats and cheeses were probably more common than fruits and vegetables.

One of the great things about many of the countries that we visit is the abundance of amazing local, seasonal fruit and vegetables. We’ve started to take full advantage of these and love nothing more than a trip to the market to pick up a shed load of multicoloured delights to fill our bellies with. Without making a conscious effort, we’ve also started eating a lot less meat, regularly going days on end as vegetarians. 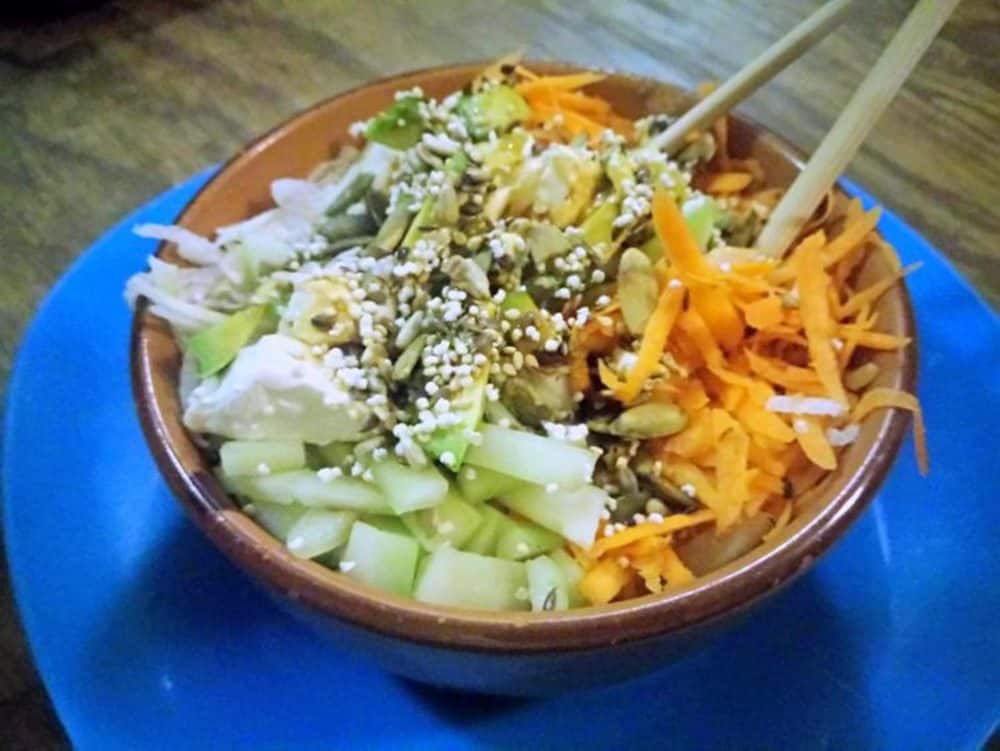 Added to that, it’s no secret that we enjoy a drink from time to time. A cheeky beer watching the sunset, a bottle of wine over dinner, or a few cocktails to celebrate a fun filled Wednesday.

We started reading a fair amount on the subject of health and fitness when we began this journey. While there are infinite schools of thought on virtually every aspect of it, the one thing pretty much everyone agrees on is that alcohol is essentially kryptonite to any ambitions you might have to get fit and healthy.

So we’ve cut back a fair bit and have started to engage in “mindful drinking”. It might sound fancy, but basically all it means is we now ask ourselves if we actually want a beer or a glass of wine or a cocktail, rather than drinking it purely out of habit. 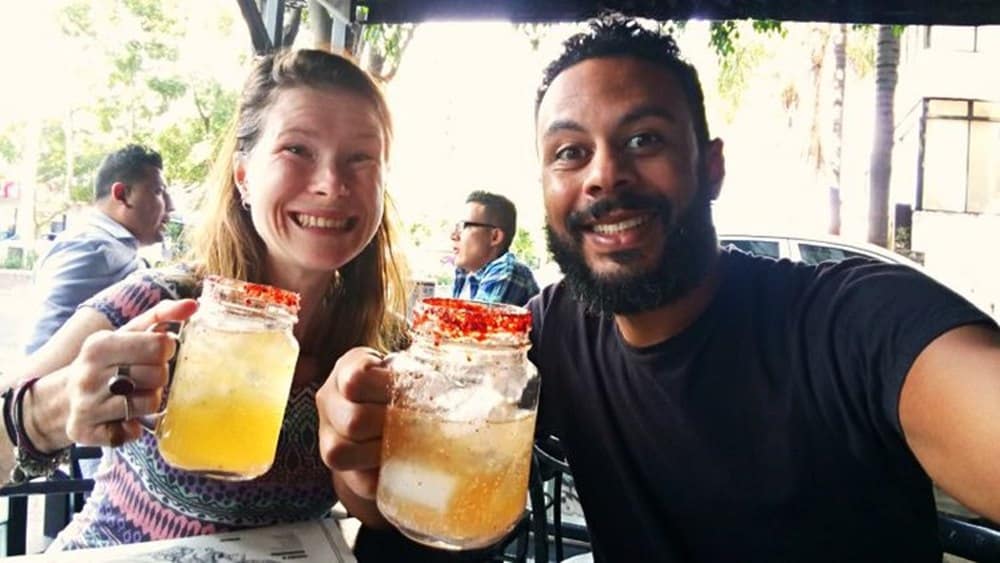 After a few weeks of doing that we realised the majority of our alcohol intake was simply “just because”. We’re now saving both our wallets and our livers a lot of unnecessary stress and funnily it’s by drinking exactly what we want when we want instead of mindlessly consuming.

It’s perfect for us because it still affords us the opportunity to let our hair down when we feel like it, but it’s a conscious choice rather than a mindless action.

Health wise, 2017 has been an absolute revelation for us and we’re excited to continue along the road to fitness. We’ve started to find a balance that really works for us.

What are your experiences of trying to keep fit on the road? Is it all too easy or are you constantly falling into temptation? Drop us a comment below and let us know. 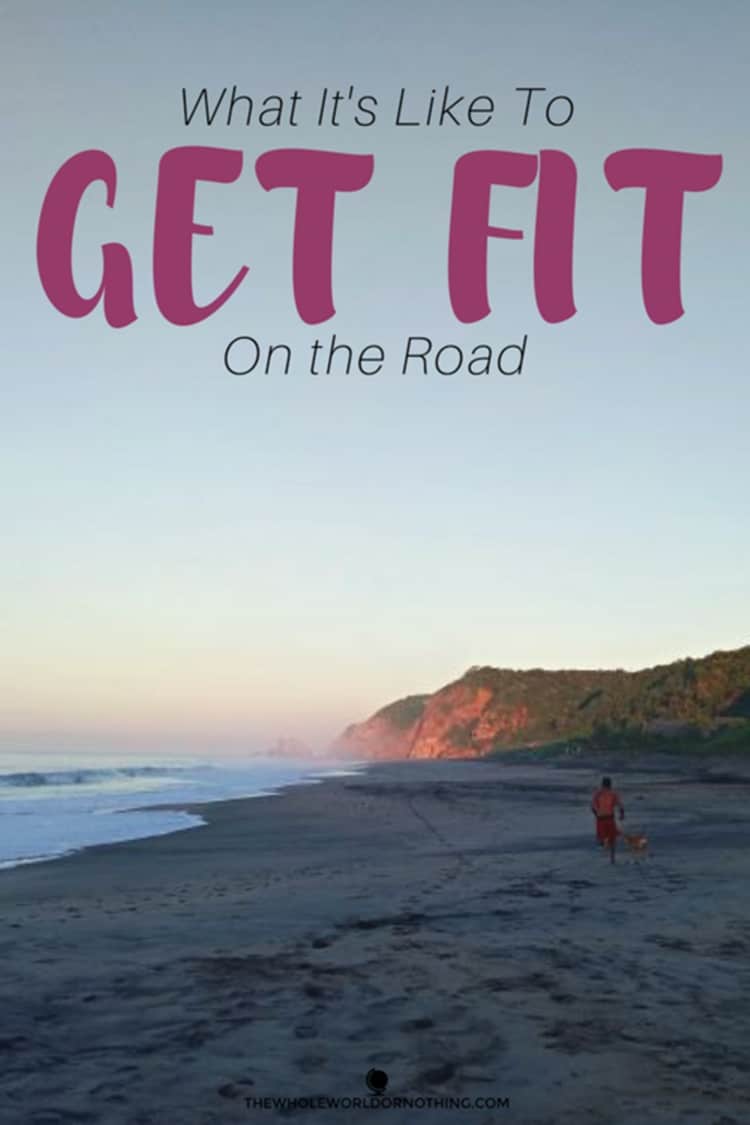 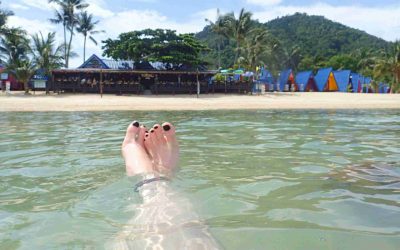 Why Travel Is The Best Thing For My Health

Travel is good for your health. Here’s how travelling the world has made me the healthiest I’ve ever been.