From long haul international flights, to short domestic internal flights within the same country, we’ve taken a lot of them over the years and become pretty adept at finding the best deals. Because if you’re not savvy about it, flight costs can end up eating up a large chunk of your travel budget.

Now our hacks likely won’t provide the most direct or quickest route, but if you’re not fussed about your luxuries and aren’t adverse to whiling away a few hours in a random airport, then we’d love to help you save some of your hard earned travel fund to use on more exciting things.

First up you need to be flexible (which we’re assuming you kind of are if you’re either preparing to, or are already travelling the world). If it’s cheaper to fly at midnight or 4am, then in our book it’s better to suck up the inconvenience and save the cash.

Second up, consider travelling carry on only. We know all too well that it can be tempting to try and pack for every eventuality when you first set off on your adventures. But depending on your destination, it will be likely that you won’t need most things. Especially in places like South East Asia and Europe. So only pack essential travel gear.

We know it can be done because that’s how we currently travel and it saves us a tidy sum. With many airlines additional baggage charges are expensive, so adding them onto what would otherwise be a nice cheap flight can be a budget killer when it doesn’t need to be.

Finally, and this is the best of the best of cheap flight hacks we can offer you. Use a flight search engine. There are plenty on the market, Momondo, Skyscanner, Kayak etc., but our favourite by a long shot is Kiwi.com.

This is because they use a system called virtual interlining whereby they search for the cheapest variation of your route with different airlines and different airports all over the world. Let us give you an example.

You want to fly from Bangkok to London.

And maybe there is a cheap direct option (Kiwi.com will show you those too) but maybe there’s also a route by which you fly with one airline from Bangkok to Copenhagen, then spend a few hours in the airport before heading onto London with a different airline, saving you hundreds of pounds.

Of course, you might be able to find such flights independently if you have enough time on your hands, but if your your first flight is delayed and miss your connection, that’s on you. With Kiwi, even if your connecting flight is with another airline, they’ll take responsibility for getting you on another on. Winning!

We love Kiwi.com and genuinely use these guys for the majority of our airline travel. They’ve saved us thousands over the years. So if you’re ready to take the plunge and get your next adventure underway, give them a try.

And if you’re booking a one way ticket to kick off a long term adventure, be prepared for a serious rush. It’s one of the best feelings ever, it gets us every time still because it makes all that planning and saving a reality.

Go on, what are you waiting for? 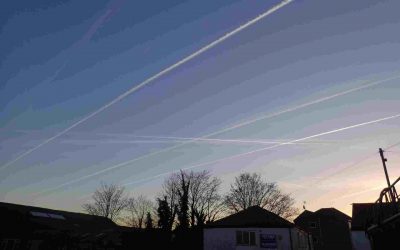 How To Book the Cheapest Flights Possible

There is plenty of misleading advice out there on how to secure yourself the cheapest flights possible. We’re lifting the lid on our secrets and how we always manage to get a good deal.