If you’re planning a visit to Northern Ireland, the History of Terror Belfast walking tour is an absolute must for your trip itinerary.

Despite the difficult subject and harrowing information we learned during this Belfast tour, it was one of the highlights of the whole of our Ireland trip.

Here’s our review of The Dead Centre: A History of Terror tour, plus a little bit of information why we feel it’s important to learn more about the political history of Ireland.

Imagine the main shopping streets in your city with metal security gates. Permanently installed across them so the centre can be shut down each night before dark.

Having the army positioned at these gates subjecting you to airport style security checks. Just to get to your place of work or do your weekly shop.

Picture armed soldiers training their guns on you as you walk down the road. With the knowledge that carnage could erupt from seemingly nowhere at any given moment.

This was the everyday reality for people within Northern Ireland. For the thirty years between 1968, and 1998 when the Good Friday Agreement was signed.

This the kind of thing this Belfast walking tour covers.

Though this particular period of unrest known as the Troubles happened relatively recently, the bitter conflict in Ireland has been raging on for centuries. And Belfast has got one of the most turbulent and violent histories of any city in Europe.

Like a lot of British people, both Sarah and I knew a small amount about the Troubles, having been born in a period when they were still very much ongoing.

And in fact both of us have, shall we say “family connections” to this devastating period in Ireland’s very recent past. And quite interestingly from rather different sides of the coin.

But the conflict has so many nuances and complications that neither of us could have claimed to possess any real understanding of its ins and outs. And indeed unless you’ve lived and experienced it it’s impossible to fully comprehend it.

The Dead Centre: A History of Terror Tour that we took in Belfast did however provide us with a much deeper understanding. This Belfast history tour took us on a shocking, heart breaking and poignant journey through some of the most significant events of this period.

A Brief History of the Troubles

During the Troubles over three and a half thousand people lost their lives. Many more were injured and every single person living in Northern Ireland was affected in some way.

The conflict’s roots lie over 800 years ago when Ireland came under British rule.

And as part of the efforts to control its people, many English and Scottish families were encouraged to move to Ireland and implanted into positions of power.

The Irish natives were mainly Catholic while the settlers were mainly Protestant which added an extra element to the divide.

There were various rebellions and revolutions against British rule over the following centuries. Britain eventually split Ireland by giving independence to the Republic but maintaining control over Northern Ireland.

The backdrop to this is that while Northern Ireland was mainly made up of British Protestants, almost 40% of its population were Irish Catholics.

Meaning that the country was already divided by both national allegiance and religion before it was even conceived.

These divisions exploded in the 1960s when the Catholic minority began to resist oppression and discrimination with a call for equal civil rights.

The chaotic period that followed is what the Dead Centre: A History of Terror Tour focuses on in this Belfast walking tour.

The A History of Terror Tour

The first thing to know is that it’s definitely not a sightseeing walking tour of Belfast. It’s not focussed on famous landmarks or popular attractions.

The 8 stops that are included are all locations where infamous incidents took place in and around the Cathedral Quarter.

With most of them you would be none the wiser that anything had ever happened there at all. Because the buildings targeted are now part of Belfast’s very modern and regenerated city centre.

What A History of Terror is, is an exploration of the Troubles from an unbiased point of view.

Delivered in a style that enables you understand in a meaningful way the pain and fear that was commonly felt by every city resident in that period.

Innocent people being attacked, tortured, mutilated and left for dead.

Bombs that indiscriminately killed and injured hundreds of civilians on a regular basis.

The sheer violence that became a regular part of life, and in many ways completely normalised.

For us it’s difficult to imagine tanks rolling through the streets of our home city. The military virtually replacing the police force or violent incidents occurring with such regularity that we become completely accustomed to it.

It’s inconceivable that this was raging on within the United Kingdom that we were growing up in. We were simultaneously largely unaware and completely unaffected.

During this Belfast troubles walking tour, Dead Centre Tours did an amazing job of transporting us back to that chilling period. And conveying how deeply it affected people and shaped the city we see today.

Our tour guide Paul Donnelly was incredibly skilled at describing incidents with complete candour, whilst maintaining a total lack of bias.

When you understand a bit about his fascinating background you start to get an idea how he can do this on this Belfast tour.

For years he has worked as an educator in Irish history. As well as a mediator working to improve relations between former loyalist and republican paramilitaries.

Which really served to bring it to life as we began to understand that he has lived and breathed the period he was talking about for so long. And like everyone in this part of Ireland, been hugely affected by it.

There are a large number of tours in Belfast that cover the Troubles in various ways.

From being shown around the areas that lie either side of the peace walls, to driving tours that focus on the famous murals that are common in the residential areas throughout the city.

We’ve heard that many Belfast tours are quite biased depending on who they are run by. And what we wanted was a well rounded overview.

Dead Centre Tours was conceived by Mark Wylie to provide just that.

The name Dead Centre comes from the fact that the tour starts at the place locals know as the “dead centre” of the city. But also alludes to their aim of delivering this Belfast troubles walking tour in a completely nonpartisan way.

It’s an incredibly ambitious undertaking but one which they manage to pull off seamlessly, testament to the painstaking research and personal examples that bring it to life.

One of our favourite parts of travelling is learning about new cultures. And we find one of the best ways to do this is to explore the history of the places we visit.

Hence why a doing on of the walking tours of Belfast was high on our to do list whilst visiting Belfast.

Ireland’s past is particularly fascinating to us as it’s an island that’s right on our doorstep and culturally has many similarities.

We love doing walking tours because they’re an excellent way to take in a lot of information and background in a short period of time.

And rather than it coming from Wikipedia or a guide book it’s delivered by a real person, often a resident, and someone who is passionate about the place they’re describing.

This is exactly what we got with A History of Terror by Dead Centre Tours.

If you’re spending a while travelling around Ireland, you might find this blog posts helpful too:

Even though Ireland is one of the safest countries in the world, we don’t recommend travelling anywhere without a good quality travel insurance in place.

Our go to travel insurance provider is World Nomads. They have a no bullshit approach to policy wording & you can even buy a policy even if you’ve already set off on your travels.

Get a no obligation quote here:

In the interest of full disclosure, our History of Terror Tour was gifted by Dead Centre Tours. However we were not under any contractual obligation to provide a positive review and all opinions expressed are our own. 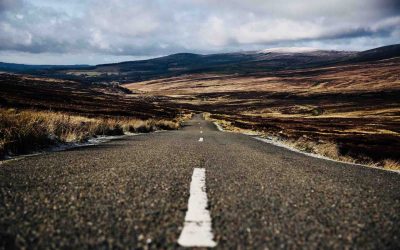 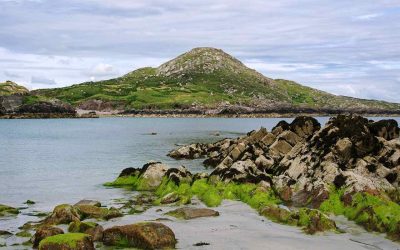 25 Unmissable Things To Do In Killarney Ireland

Nestled in the beautiful County Kerry, this tradtional Irish town is a must visit. Here’s all the best things to do in Killarney and The Ring of Kerry. 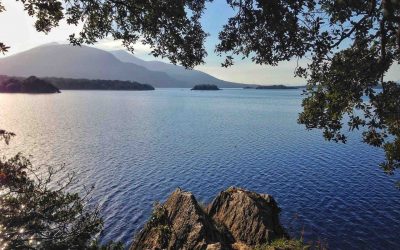 Killarney Accommodation: Options For Every Budget

Planning a trip to Killarney, Ireland? Awesome! You’re going to love it. Here’s all the best Killarney accommodation, for every travel style and budget. 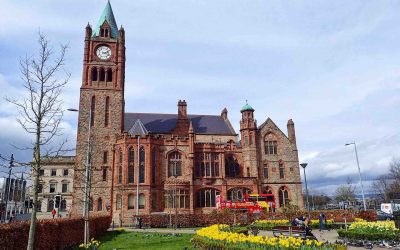 27 Cracking Things To Do in Derry Ireland

A fascinating city with a complicated history. Here’s all the best things to do in Derry Ireland, the best pubs in Derry and Derry accommodation tips.